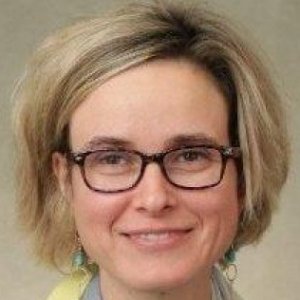 Dr. Chiara De Santi is assistant professor in Modern Languages at Farmingdale State College. As a lecturer, she taught courses in Italian language, culture, cinema, literature, and film studies at the State University of New York at Fredonia. She received her PhD in Italian from the University of Wisconsin-Madison in 2011; PhD in Russian History and a Master's of Research from the European University Institute, Italy, respectively in 2009 and 2004. Before beginning graduate studies, she earned her Laurea Magistralis (MA equivalent) in Foreign Languages and Literature from the University of Florence in 2001, specializing in Russian, French, and history. Her research interests include Italian, Italian- American, and Hollywood cinema; Italian culture, gastronomy, modern literature, and history; and Italian as a second language. She has been publishing and presenting at conferences in the U.S. and abroad.

Improving Teaching Inside the Classroom

“The Peasant and the Priest in Italy from the Middle Ages to the Present: Internationalizing the Experiences.” (professional)

“The Peasant and the Priest in Italy from the Middle Ages to the Present: Internationalizing the Experiences.”

Award for the Film Series “Voyages of Discovery: Finding Family and Self in Film.”

“The Americanization of Italy in the 1950s: Constructing Italianness in Roman Holiday and Un americano a Roma”

“From Youth to Golden Years: Women in The Salt of Life by Gianni Di Gregorio”

“The Violation of a Nation: Rosetta and Cesira in Vittorio De Sica’s La ciociara.”

“Transnational Gastronomies in the Early 1950s: Steno’s Response to Wyler”

“Between Interdisciplinarity and Experiential Learning in Online and Hybrid Culture Courses”

“Switching Class Format to a Hybrid and Online One: How to Engage Students”

Language as Communication and Literacy: Bridging Languages and Cultures in the Modern Classroom

“Writing about Film: From Reading to the Digital Presentation Via the Traditional Essay”

“Seeing through the Senses: Italian Gastronomy in Film”

“Teaching Italian Language and Culture through Its Cuisine”

“Focaccia Blues and the Conflict over Taste: Questions of Campanilismo”

“Focaccia Blues and the Conflict over Taste: Questions of Campanilismo”

“Learn Italian through Its Gastronomy: Cook it”

“Learn Italian through Its Gastronomy: Cook it”

“Italian Cuisine through the Ages”

“Italian Cuisine through the Ages”

“(E-)Portfolios as a Final Project in Language Classes.”

“(E-)Portfolios as a Final Project in Language Classes.”