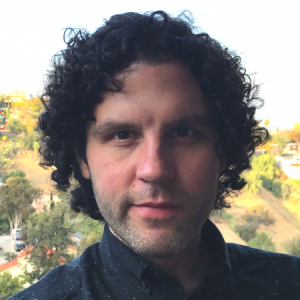 Lecturer of Theatre Arts | College of Communication and Fine Arts

David Gorshein holds a Ph.D. in theater and performance studies from UCLA and a B.A. in communication (with high honors) from the University of Michigan. Throughout southern California, Gorshein has developed performance theory and history classes, on-campus and online. He teaches at Loyola Marymount University, UCLA, and California State University, Long Beach. He previously taught at the American Musical and Dramatic Academy in Hollywood.

Gorshein’s research focuses on the intersections of identity and popular culture. His writing appears in peer-reviewed anthologies and journals including Theatre Journal and The Journal of Modern Jewish Studies. His research has earned awards from the Mellon Foundation and from the Association for Theatre in Higher Education. Gorshein has also blogged for The Huffington Post.

With his husband, costume designer Scott Cronick, Gorshein was nominated for a GLAAD Media Award in 2012, for the first same-sex wedding aired on late-night TV, officiated by Conan O’Brien.