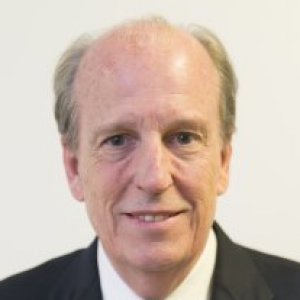 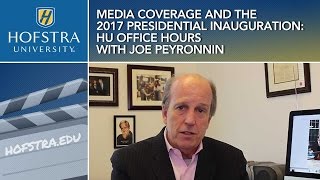 In 1999, he founded Telemundo Network News and served as executive vice president until 2006. There he created and launched several Spanish language news programs, including Sin Fronteras, Noticiero Telemundo, Enfoque, and A Rojo Vivo. He led Telemundo to its first national Emmy Award for round-the-clock coverage of the terrorist attack on New York's World Trade Center.

In 1995-96, he was president of Fox News, where he put together the core organization of what would become the Fox News Channel. He also created Fox News Sunday and oversaw several news specials.

Prior to that, Peyronnin served six years as vice president and assistant to the president of CBS News in New York. As the division's number two executive, he oversaw global newsgathering and news programming, including 60 Minutes, 48 Hours, Sunday Morning, and The CBS Evening News.

Before this, he served as CBS News vice president and Washington bureau chief for two years, and was heavily involved in the network's political coverage of the 1988 elections.

From 1979-86 he worked at The CBS Evening News, first for Walter Cronkite and then Dan Rather, as a producer and then as senior Washington producer. He served as a White House producer during the Reagan and Carter presidencies, and regularly covered Congress, political conventions, and national elections. He also covered major international assignments, including all US-Soviet summits, economic summits, and Israel's 1981 invasion of Lebanon from Beirut. In 1984, he covered President Reagan's trip to China, Germany, and the Soviet Union, where he also produced a series of reports. During his broadcast news career he met every U.S. president from Richard Nixon to George W. Bush. From 1976-79 he was a Chicago based producer for the CBS Evening News with Walter Cronkite. Peyronnin first joined CBS in 1970 as a local news producer and assignment editor in Chicago.

Awarded by the Lawrence Herbert School of Communication, Hofstra University

Awarded by the Lambda Pi Eta at Hofstra University

Awarded by the Mental Health Association of New York City

Fox News: how an anti-Obama fringe set the stage for Trump

“A lot of the Fox viewers obviously were skeptical of Obama,” said Joe Peyronnin, an associate professor of journalism at Hofstra University.

“No news channel reported on Obama being from Kenya more than Fox, and not being an American. No news channel more went after Obama’s transcript from Harvard or Occidental College,” he added, pointing to some of the unsubstantiated attacks on the former president’s background.

“There must be an exhaustion among some Trump supporters in hearing all that’s going on,” said Joe Peyronnin, a Hofstra University journalism professor and former network news executive. “It gets to a point where you say ‘I don’t want to hear about it.’ It’s harder to defend the administration and it’s perhaps a little discouraging among the Trump supporters.”

"By slotting Hannity at 9 p.m. Fox News is attacking MSNBC's strongest time period with the intention of peeling off some of their least loyal viewers," said Joe Peyronnin, a former president of Fox News and current Hofstra University journalism professor. "Hannity will likely verbally snipe and criticize Maddow, a la Trump, in an effort to weaken her ratings."

Fox News ratings could take a big hit with the firing of Bill O'Reilly, its biggest star

The consensus in the TV news industry is that losing O’Reilly’s program — which averaged 3.98 million viewers in the first quarter of 2017 — could drive down ratings for the entire Fox News prime-time lineup by about 25%.

Not everyone agrees. Joe Peyronnin, a former TV news executive who teaches journalism at Hofstra University, said the Fox viewers who are looking for a more conservative take on the news still only have one place to go and that O’Reilly’s departure won’t have dire consequences. “Fox News is a strong brand and the only game in town for millions of loyalists,” Peyronnin said.

“I don’t think there’s ever been a president elected who in this short period of time has done what we’ve done,” declared President Donald Trump in his news conference last week. That statement would be true if he was referring to the unprecedented confusion that has plagued the Trump administration during its first month...

Media and the Inauguration: HU Office Hours with Joe Peyronnin

Panelist, A Survivor’s Guide to Hosting a Televised Presidential Debate