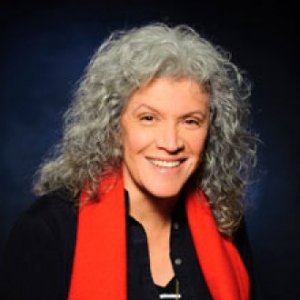 Sylvia Morales has over 30 years of experience directing, writing, producing and edited award-winning and nationally recognized film and video. Her work has been shown widely at film festivals and conferences.

Sylvia produced, directed, shot, and edited the widely recognized documentary, Chicana, in 1979. She headed the Latino Consortium at KCET in Los Angeles from 1981 to 1985, where she was responsible for the programming, production and distribution of programs that aired on PBS. During her four-year tenure at KCET, Sylvia hosted the Latino Consortium's weekly national series, Presente, and produced and directed Emmy-nominated and award-winning programs.

She has directed episodes for Showtime’s groundbreaking series, Resurrection Blvd., working with actors Elizabeth Pena, Lou Gossett, Jr., Michael De Lorenzo and Esai Morales. She also wrote and directed for the Showtime series, Women: Stories of Passion. Morales also worked on Chicano! The Mexican Civil Rights Movement for PBS and directed for the ACE and Emmy nominated six-hour series, A Century of Women. Sylvia has been the recipient of several awards including the Rockefeller Fellowship Award in Media; American Film Institute's Directing Workshop for Women; the National Endowment of the Arts Fellowship; VESTA; Salute to Latinas Award; and Comision Femenil Mexicana Nacional's 20th Anniversary celebration for "Latinas in Film and Television” honoree.

Real Men and Other Miracles (professional)