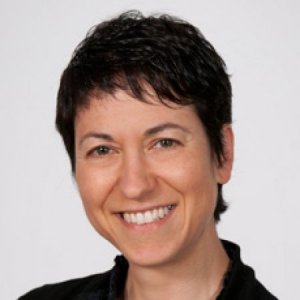 
Leading researcher in the fight against dementia 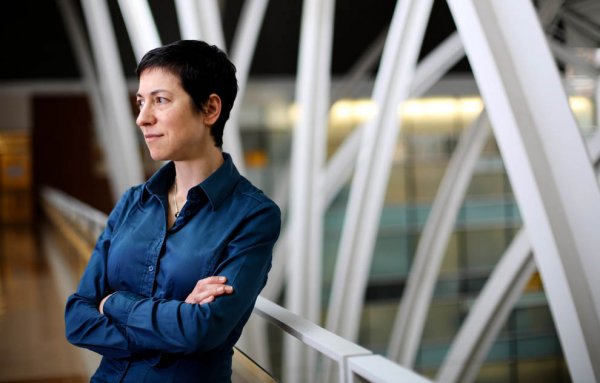 Dr. Tartaglia received her medical degree from McGill University, completed her residency at the University of Western Ontario and did three years of clinical/research fellowship in Cognitive/Behavioral neurology at the University of California, San Francisco Memory and Aging Center. Her clinical and research interests lie in neurodegenerative diseases with a focus on Frontotemporal dementia. She uses imaging, pathology and genetics to better understand the
pathological substrates that cause cognitive, behavioral and motoric dysfunction. The ultimate goal of her research program is to provide early, pathology-specific treatments to her patients.

An emerging interest of Dr. Tartaglia is the role of head trauma (concussion) in dementia, both in athletes and in members of the general population. Her interest and growing expertise in this area is
being developed in the Canadian Sports Concussion Project.

A large U.S. study published last week in JAMA Internal Medicine found that adults over the age of 65 who frequently used certain medications – including common over-the-counter drugs – for a variety of conditions including allergies, insomnia, overactive bladder and depression, had an increased risk of developing dementia.

Canadians telling us about the women in their lives affected by dementia.
72% of all Canadians with Alzheimers disease are women.

Move it or lose it for the brain

Live chat: Why do people with dementia wander?

Dr. Carmela Tartaglia, a neurologist at the Krembil Neuroscience Centre's Memory Clinic at Toronto Western Hospital, answered questions about dementia, Alzheimer's disease and wandering on a live web chat with Toronto Star readers. Dr. Tartaglia, a researcher at the Tanz Centre for Research in Neurodegenerative Disease and Assistant Professor at the University of Toronto, was joined by Cathy Conway from the Alzheimer Society of Ontario and Patricia Triantafilou, whose mom had Alzheimer's. 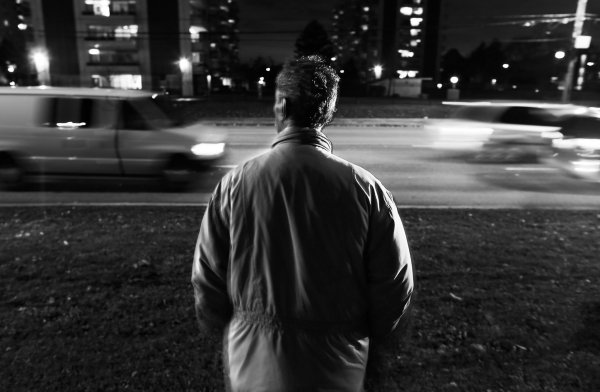 Twelve UHN clinicians and scientists are part of the first-ever national effort to study age-related neurodegenerative diseases in a Canadian context.

There’s more to dementia than memory loss. Know the signs

The idea that aging is associated with dramatic changes in personality, reasoning or thinking has been perpetuated for years, but this is not aging.

It seems everyone knows that a change in memory, language or the ability to navigate may be a sign of dementia. But where do changes in personality or behaviour come from? Some of the same brain structures and networks that are responsible for attention and memory also have important roles in your personality, your ability to relate to others and your ability to function socially.

Decoding dementia: Knowing the cause can help you plan for the future

Nineteen-year-old Allison Haggart, whose snowboard career was ended by concussions,surpassed her goal of raising $100,000 for the Allison Project, which launched in January, 2013.

Nearly $130,000 will go towards funding a two-year fellowship devoted to answering in-depth questions about concussions – the first of its kind in Canada.

The younger face of dementia: Ottawa man shares wife's battle with the disease

Interviewed about the social consequences befalling sufferers of early-onset dementia

Life with Dementia: A Poet Loses His Words

Earlier this year, David McFadden, one of Canada’s most prolific poets and author of over 35 books of poetry, fiction and travel writing, was awarded the Griffin Poetry Prize for his collection of poems entitled “What’s the Score?”

Accepting the award at a gala attended by a veritable who’s who of the literary world, McFadden, 73, appeared at a loss for words.

He was at a loss for words and worried that he wouldn’t be able to remember the words needed for his speech on his own.

Last year, McFadden was diagnosed with logopenic variant primary progressive aphasia, a type of Alzheimer’s disease that affects a person’s memory of words.

But on a recent fall day, the Griffin Prize-winning poet is not interested in regaling his guest with stories from his prolific writing career (he’s written more than 35 books). Rather, seated beside his partner, visual artist Merlin Homer, he shares the news that the words he has laboured over for 60 years are now deserting him.

Diagnosed in May, 2012, with logopenic aphasia (a form of Alzheimer’s disease), McFadden has been struggling to find the right words, often meaning to say one thing but having the opposite come out, or stopping mid-sentence as he suddenly loses his train of thought.

“By going public, he is showing others that Alzheimer’s doesn’t automatically mean the world comes to an abrupt halt,” says Dr. Carmela Tartaglia, a neurologist in the Memory Clinic at Toronto’s University Health Network who is working with McFadden.

Interviewed about the causes and impacts of early onset dementia

The family of a man who killed himself days after suffering a concussion on the job is eligible for workers’ compensation, an Alberta appeal tribunal has ruled in a “unique” case that underscores the perils of even moderate brain trauma, and stretches the definition of workplace injury.

Canadian Conference on Dementia  Vancouver, BC.

“Chronic traumatic encephalopathy” (CTE) is described as a slowly progressive neurodegenerative disease believed to result from multiple concussions. Traditionally, concussions were considered benign events and although most people recover fully, about 10% develop a post-concussive syndrome with persisting neurological, cognitive and neuropsychiatric symptoms. CTE was once thought to be unique to boxers, but it has now been observed in many different athletes having suffered multiple concussions as well as in military personal after repeated blast injuries. Much remains unknown about the development of CTE but its pathological substrate is usually tau, similar to that seen in Alzheimer's disease (AD) and frontotemporal lobar degeneration (FTLD). The aim of this “perspective” is to compare and contrast clinical and pathological CTE with the other neurodegenerative proteinopathies and highlight that there is an urgent need for understanding the relationship between concussion and the development of CTE as it may provide a window into the development of a proteinopathy and thus new avenues for treatment.

Clinical Aspects of Former Professional Athletes with Multiple Concussions:
Multiple concussions have been associated with severe behavioural and cognitive changes including dementia. The behavioural changes reported in former athletes having suffered multiple concussions include disinhibition, apathy, loss of social norms, and decreased empathy. These changes may result from damage to frontotemporal regions known for their role in social cognition.