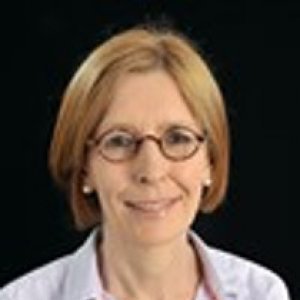 Fiona Cowdell joined Birmingham City University in October 2016 as a Professor of Nursing and Health Research. Fiona is a National Institute of Health Research Knowledge Mobilisation Research Fellow (June 2016 – May 2020). She is a graduate of Oxford Brookes University with a doctorate from Bournemouth University. As a registered nurse she worked for many years in the National Health Service at senior levels both operational and strategic whilst developing close links with academia including posts as a Lecturer Practitioner and later as a Practice Development Consultant.

Fiona’s research interests focus on skin health with particular reference to knowledge mobilisation, health behaviour change, older people and humanisation. The work she undertakes is clinically relevant and directly applicable to practice. Alongside other work Fiona is committed to developing new female clinicians and researchers. She is actively engaged in Athena Swan activity and is co-lead of the Programme for Women Achieving Excellence in Research.

2019 While temperatures in the noxious range are well known to inhibit acute itch, the impact of temperature in the innocuous temperature range is less well understood. We investigated the effect of alternating shortterm temperature changes in the innocuous range on histamine and cowhage-induced acute itch, taking into account individual differences in baseline skin temperature and sensory thresholds. Results indicate that cooling the skin to the cold threshold causes a temporary increase in the intensity of histamine-induced itch, in line with previous findings. Skin warming increased cowhage-induced itch intensity. Potential mecha nisms of this interaction between thermosensation and pruritoception could involve cold-sensitive channels such as TRPM8, TREK-1 or TRPC5 in the case of histamine. The rapid modulation of cowhage induced itch – but not histamine-induced itch – by transient skin warming could be related to the lower temperature threshold of pruriceptive polymodal C-fibres (cowhage) as compared to the higher temperature threshold of the mechanoinsensitive C-fibres conveying histaminergic itch.

2018 Understanding people's experience of skin ageing as it is lived can enable sensitive approaches to promoting healthy skin and to care in general. By understanding the insider perspective, what it is like for individuals, a way to sensitise practice for more humanly sensitive care is offered. Through interviews with seventeen community‐dwelling older people, the essential meaning of living within ageing skin was illuminated as a state of managed inevitability. The skin is inevitably changing, and ageing skin is a marker of change over time but the person within remains. Constituents of the phenomenon comprise the experience of unfamiliar sights and sensations given by ageing skin; facing and accepting bodily changes and seeing this back and forth in family connections; taking care of the skin “to face” the world; and to present oneself to others and a different place in the world, same person, changed body. Findings point to why and how nurses can treat older people as persons by not over emphasising a view on ageing bodies or bodies with aged skin alone, but in tempering this view with deeper existential insights, meeting the older person with a skin care need as a person and not just as a physical entity.

Knowledge mobilisation: an ethnographic study of the influence of lay mindlines on eczema self-management in primary care in the UK

2018 Objective: To investigate the way in which mindlines, ‘collectively reinforced, internalised tacit guidelines’, are constructed among lay people with eczema in primary care.