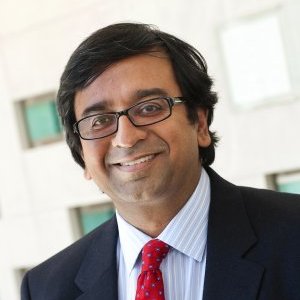 Chair of the Undergraduate Program in Operations and Decision Technologies | Indiana University, Kelley School of Business

"The CA global case competition on the strategic value of information technology management is the only one of its kind, focusing on issues at the intersection of business and technology. This win allows Kelley and the MSIS program to defend the international title they won in the first edition of the global case competition in November 2008," said Professor Ramesh Venkataraman, director of Kelley's MSIS program...

Ramesh Venkataraman, a professor in Indiana University's Kelley School of Business, was one of the primary organizers of a major symposium on information technology service management at the University of Dallas this week (Oct. 26-27)...

DocBase-Design, Implementation and Evaluation of a Document Database for XML

2011 This article introduces a complete storage and retrieval architecture for a database environment for XML documents. DocBase, a prototype system based on this architecture, uses a flexible storage and indexing technique to allow highly expressive queries without the necessity of mapping documents to other database formats. DocBase is an integration of several techniques that include (i) a formal model called Heterogeneous Nested Relations (HNR), (ii) a conceptual model XER (Extensible Entity Relationship), (ii) formal query languages (Document Algebra and Calculus), (iii) a practical query language (Document SQL or DSQL), (iv) a visual query formulation method with QBT (Query By Templates), and (v) the DocBase query processing architecture. This paper focuses on the overall architecture of DocBase including implementation details, describes the details of the query-processing framework, and presents results from various performance tests. The paper summarizes experimental and usability analyses to demonstrate its feasibility as a general architecture for native as well as embedded document manipulation methods.

2009 IT Service management is an emerging discipline likely to enhance existing academic IT program offerings. One barrier to adoption of ITSM in IT academic programs is the uncertainty that students can get jobs as a result of such education and knowledge. To overcome this barrier, a survey of the membership of the U.S. IT Service Management Forum, a practitioner organization, was conducted. The results of this survey show that there is a market of at least 15,000 hires per year in the U.S. for undergraduate and graduate students who have ITSM skills, and that companies are willing to hire ITSM-trained graduates.

2009 This article presents DSQL, a conservative extension of SQL, as an ad-hoc query language for XML. The development of DSQL follows the theoretical foundations of first order logic, and uses common query semantics already accepted for SQL. DSQL represents a core subset of XQuery that lends well to optimization techniques, while at the same time allows easy integration into current databases and applications that useSQL. The intent of DSQL is not to replace XQuery, the current W3C recommended XML query language, but to serve as an ad-hoc querying frontend to XQuery. Further, the authors present proofs for important query language properties such as complexity and closure. An empirical study comparing DSQL and XQuery for the purpose of ad-hoc querying demonstrates that users perform better with DSQL for both flat and tree structures, in terms of both accuracy and efficiency.

RESRES: The story behind the paper ‘Research in software engineering: An analysis of the literature

2009 This article is a background report describing a comprehensive study of research in the three computing disciplines Computer Science, Software Engineering, and Information Systems. Findings relate to research topics, approaches, methods, reference disciplines, and levels of analysis. The article informally describes the process used and the research products produced.