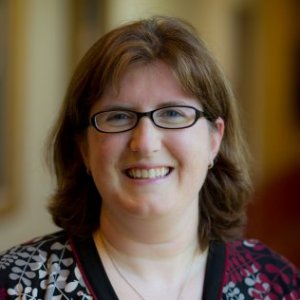 
Marsh uses her legal expertise in real estate and banking to frame her research in the legal treatment of human remains and burial.

Tanya Marsh is the leading authority on funeral law and cemetery law, an expertise that is paired with her extensive legal knowledge and research in real estate, banking, and business. Because her scholarly interests are broad in scope, Marsh has contributed to various research topics, such as the regulation of the American funeral industry, the legal treatment and disposition of human remains, and property interests in burial places as well as community banking, commercial real estate, and the Dodd Frank Act. She is the creator and author of the podcast, Death, et seq., which explores the complex relationship between the living, the dead, and the law. 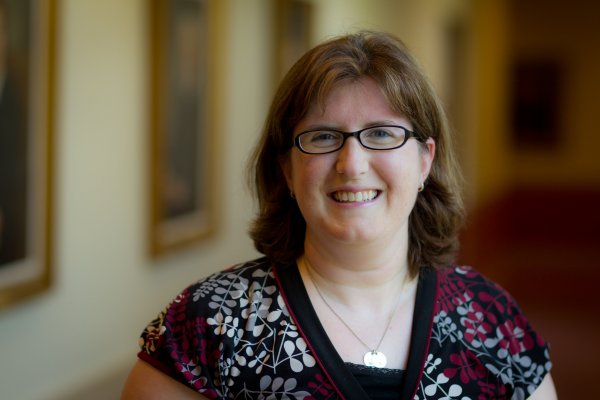 "A lot of funeral and cemetery law honestly is a gray area," says Tanya Marsh, a law professor specializing in funeral law at Wake Forest University. States, not the federal government, typically decide these laws. So proponents of alkaline hydrolysis, mainly people in the funeral industry, must go to every state legislature for legalization. Western, Great Plains and Southern states have been more amiable toward alkaline hydrolysis than ones in the Midwest and Northeast, Marsh says.

“People are changing their preferences in respect to how they want to memorialize and dispose of the dead at an incredibly rapid rate,” noted Tanya Marsh, a law professor at Wake Forest University who specializes in funeral and cemetery law. “The funeral industry is a service industry, and they want to give people what they want, but they also have very strongly ingrained ideas about what the right thing to do is. So, there can be a conflict between changing social norms of what people want and what the industry is willing and able to give them.”

The movement to bring death closer

A symbiotic relationship has developed between our cultural assumptions about what constitutes the “right” funeral and the funeral industry’s interests, notes Tanya Marsh, a professor at Wake Forest University School of Law, who specializes in funeral and cemetery law. “We were complicit in handing over control of this sphere of life to a profit-making industry. If we don’t like it, we can take it back.”

“The bottom-line issue in pretty much every state is the statutes don’t contemplate this kind of burial ground,” said Tanya Marsh, a professor at the Wake Forest University School of Law who has written books about laws pertaining to the dead. “It’s probably not that the legislators wanted to make things difficult; it just didn’t occur to them that everybody wasn’t going to set up a cemetery in what they conceived of as a regular cemetery.”

Dis-Embodied: The Legal Challenges Of Our Death-Denying Culture

"In the United States, the dead have rights. The dead have the right to a decent burial, and then they have a right to [be] undisturbed … So you have these really strong rights, and then you have some duties and obligations put on the living in order to protect them. ...So we have this real ongoing tension between these real, strict rigid protections of the dead. And then the practical reality that we don't always live up to that."

Tanya Marsh, a professor who teaches a course on funeral and cemetery law at Wake Forest University, argues that practices like this, which may seem "new age" to outsiders, are in fact a return to the past. “For most of human history people have taken care of their own dead. People are trying to return to a neo-traditional way,” Marsh says. “What is artificial is what we’ve been doing for the last 100 years.”

Who will bury Charles Manson? The Conversation

While the cultural impact of Charles Manson’s life and horrific actions will not soon be forgotten, the pressing concern right now is how we’ll choose to acknowledge his death. More specifically, what will happen to his remains?

It’s a question that often comes up when a notorious criminal dies. Osama bin Laden, for example, was buried at sea, reportedly in part so that a grave wouldn’t become a shrine for terrorists.

Life after death: Americans are embracing new ways to leave their remains The Conversation

That is changing. As a scholar of funeral and cemetery law, I’ve discovered that Americans are becoming more willing to have a conversation about their own mortality and what comes next and embrace new funeral and burial practices.

Burial places are real property, but they are a special kind of real property. Thus, while the law with respect to land perpetually dedicated to the disposition of human remains is rooted in the general common law of property, there are unique doctrines that apply only to burial places.

Changes in the American funeral industry have sparked a new category of land use — a business where funeral goods and services are sold, but human remains are not embalmed, stored, or displayed.

The Dodd-Frank Wall Street Reform and Consumer Protection Act builds on decades of “one-size-fits-all” regulation of financial institutions, an ill-conceived regulatory strategy that puts community banks at a
competitive disadvantage as compared with their larger, more complex competitors.