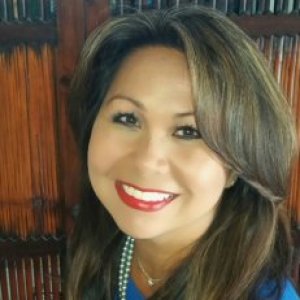 Trea Tran Lachowicz has years of experience and in-depth knowledge in entertainment (motion picture and television), digital new media, and technology, and an LL.M. in taxation with a solid background in commercial, corporate, finance, securities, intellectual property, and employment. Trea has strong development, production, finance, and distribution experience, including analyzing complex business and legal issues; and drafting and strategically negotiating all entertainment transactional agreements.

Trea is currently an attorney at Paramount Pictures Corporation in the Motion Pictures Legal Group. She works with a team of attorneys to analyze, negotiate and draft production related legal documents and advises Paramount executives in various departments on legal matters for theatrical motion pictures.

Trea was a partner at a boutique entertainment law firm. Through her private practice, Trea has acted as outside legal counsel for start-up, emerging, and established businesses, including domestic and international film and television production and distribution companies; independent film studios; new media commercial entities; and entertainment publishing companies. She has collaborated with their business executives and their counsels to effectively handle their business and legal affairs, and to support their operations and policies. She has direct experience working on domestic and international productions; and has worked on entertainment projects in various genres, including thriller, action, horror, comedy, and urban. These productions premiered at film festivals, as well as had theatrical and other format releases in the United States and internationally, including with Universal Pictures, Netflix, Showtime, Lionsgate / Summit / Grindstone, Warner Bros. Pictures, and Sony / Crackle. Her experience working on areas of intersection between acquisition, development, production, finance, and distribution has allowed her to see the big picture to anticipate and to preemptively address all entertainment legal issues.

Trea received her Bachelor of Arts from Loyola Marymount University (1995), and her Juris Doctor from Loyola Law School (1998). She also has an LL.M. in Taxation from University of San Diego, School of Law (2000). Trea is a member of Alpha Sigma Nu, the Jesuit Honor Society, and an executive member of Women in Film.