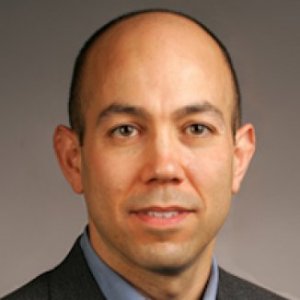 After graduating from law school, Professor Rappaport held several positions within the federal government, ultimately working in each of its branches. He first clerked for the Honorable Stephen Breyer, then Chief Judge of the First Circuit Court of Appeals. Entering the political fray, he served for three years as Counsel to the Senate Judiciary Committee’s Subcommittee on the Constitution, and then, during the budget battle of 1996, joined the Clinton Administration to serve as an Assistant Director of the National Economic Council. From 1996 to 1998, Professor Rappaport was a member of the General Counsel’s staff of the Federal Communications Commission, where he represented the FCC in litigation before the U.S. Court of Appeals. In addition to his government work, Professor Rappaport has been an editor of the Federal Sentencing Reporter, a criminal sentencing journal, since 1996.

Justifying Jurisprudence: Reflections on the Purpose and Method of Legal Theory

Legal theorists like Dworkin, Hart, and Kelsen all do legal theory differently. Which methodology is better? The core argument of this paper is that any attempt to answer that question must first address a more basic one: What is the point or purpose of theorizing about the law? This Article's claim is that one cannot justify a method of doing jurisprudence without knowing what that method will be used for. Clarity about the purposes of jurisprudence repesents an essential step in clarifying the methodology of legal theory. Unfortunately, there is a remarkable dearth of writing - in an area where there is no dearth of words - about the point and purpose of jurisprudence itself. The result is an enormous amount of confusion about the way legal theory should be undertaken. Methodological claims are made without any rationale for their form and content. This Article seeks to encourage a conversation about the overriding purposes and, ultimately, the appropriate methodology of legal theory. The approach is constructive: The Article advances an argument for a distinct theorietical objective, and then explains how that objective calls for a distinct methodology, which I call rational reconstruction. At the same time, the Article has a critical component too: The constructive argument is used to critique the methodological coherence of two leading theorists - Ronald Dworkin and Hans Kelsen. The result is to shine some light on what legal theorists are actually doing - and what they should be doing - when they do legal theory.

On the Conceptual Confusions of Jurisprudence

For more than half a century, legal theorists have tried to identify and describe the concept of law, employing a method called “conceptual analysis” to pursue this goal. Yet the details of that methodology remain obscure, its merits largely accepted without careful analysis. A reassessment is long past due. This paper offers the first comprehensive survey of the way conceptual analysis has been used in legal theory. The paper identifies four different forms of conceptual analysis – the empirical, intuitive, categorical and contingent methods of analysis. After clarifying the core assumptions of each approach, the paper evaluates whether any of the four methods represent an appealing way of doing legal philosophy. The assessment, though preliminary, yields a sharply negative conclusion. Properly understood, the methods of conceptual analysis offer little appeal. Dramatic claims made by leading practitioners turn out to be, on closer inspection, either banal or wildly implausible. This conclusion, if accurate, raises deep concerns about the state of legal theory today. It means that theorists face a critical challenge – to identify a new methodology that can replace conceptual analysis as the dominant approach to jurisprudence. The paper concludes with a few thoughts on what that methodology might be, and how it might generate a more fruitful, more interesting, form of legal philosophy.

Homeland Security and the Inmate Population: The Risk and Reality of Islamic Radicalization in Prison

Since 9/11, commentators and policy makers have expressed alarm about an emerging threat within the prison systems of the West — a threat of terrorist attacks carried out by radicalized inmates released into society. This chapter explores what we know about the risk of Islamic radicalization in prison and the effectiveness of policies that have been implemented in response to that risk. Although the principal focus of this study is the United States, the approaches of several European nations — the U.K., France, Spain, and the Netherlands — are considered where relevant. Our conclusion is a largely negative one: We know very little about the degree of risk posed by radicalization in the prison system. Indeed, little is known about even the most basic details of the issue, such as the number of Muslims in the prison system or their demographics. A similar conclusion can be made about the current policy response of governments to the perceived risk. Commentators have listed a range of options for responding to the threat of radicalization, including increased screening of Muslim chaplains in prison, restrictions on religious literature available to inmates, and the segregation of radicalized offenders. Although some of these changes may seem commonsensical, and all appear well-intentioned, there remains a significant lack of careful thinking about the rationales for many widely shared prescriptions. Our ultimate conclusion is that a broad-based commitment is needed on the part of Western governments to gather evidence about the real risks of radicalization in prison and to formulate a coordinated response after that evidence has been gathered. This will require change in orientation within the United States, in particular, which has lagged behind Britain and other nations in collecting this kind of information. In light of the powerful emotions that are provoked by the fear of prison radicalization, the failure to move ahead with this kind of research effort will mean that policy will inevitably be carried along not by reason, but by the political passions inevitably at play.

Conceptual Analysis in Science and Law

Ever since H. L. A. Hart’s magisterial work, The Concept of Law, conceptual analysis has been viewed as the dominant method of doing jurisprudence. Far less appreciated is the fact that it is also a central tool in the field of cognitive science. That may be surprising to some, given the differences in these disciplines’ mission: Legal theorists struggle with abstract questions about the “nature” of Law and Justice; cognitive scientists explore the workings of the human mind. If cognitive scientists and legal philosophers are doing different things when they do conceptual analysis, how do they differ? This paper offers the first full-scale comparison of the way conceptual analysis is used in these two fields. The paper’s conclusion is provocative and striking. It argues that cognitive scientists employ an appealing and coherent form of this key methodology, while legal theorists employ an approach that might be fairly characterized as a methodological muddle. The implication for legal theory is profound: If legal theory hopes to be a relevant and coherent discipline, it must re-imagine its methodological commitments and seek out a more appealing set of tools and methods. The concluding section of the paper grapples with that challenge, offering some thoughts on how jurisprudence can be placed on a more solid and appealing foundation.