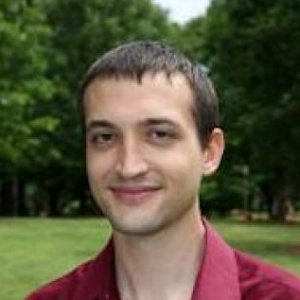 
Aaron Young is an expert in powered orthotic and prosthetic control systems for persons with stroke, neurological injury or amputation. 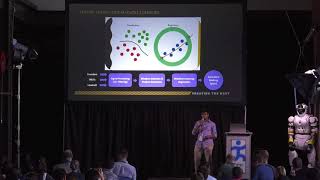 Dr. Aaron Young is an Assistant Professor in the Woodruff School of Mechanical Engineering at Georgia Tech and a member of the Institute for Robotics & Intelligent Machines. He also is a program faculty member of the Biomedical Engineering School. He is director of the Intelligent Prosthetic & Exoskeleton Controls (EPIC) Lab focused on lower limb robotic augmentation. His research focuses on optimizing control systems in wearable robotic devices by studying their effect on human locomotion biomechanics in clinical populations. The long term goal is to create clinically viable control systems for wearable robotic lower limb assistive devices that are smart and intuitive to use. His previous experience includes a post-doctoral fellowship at the University of Michigan in the Human Neuromechanics Lab working with lower limb exoskeletons and powered orthoses to augment human performance. His dissertation work at Northwestern University in the Center for Bionic Medicine at the Rehabilitation Institute of Chicago focused on using machine learning strategies for enabling intent recognition systems for powered lower limb prostheses.

While the first iteration is built to support the knee, “it could fairly easily be translated to other joints,” said Georgia Tech biomedical engineer Aaron Young. The knee is a straightforward starting point because it only bends one way. (Well, it had better not bend sideways or else it’s going to hurt). But with additional pneumatic actuators and more complex controls, Young said, the system could handle the wider range of motion of the hips and ankles, further improving lower body support, or even the shoulder, potentially boosting upper-body strength for carrying and climbing...

2019 With the aging of the population in the United States, an increasing number of individuals suffer from mobility challenges. For such individuals, the difficulty of standing up from a seated position is a major barrier for their daily physical activities. In the paper, a novel assistive device, namely Semi-Wearable Sit-to-Stand Assist (SW-SiStA), is presented, which provides effective lower-limb assistance to overcome such difficulty for the mobility-challenged individuals. Unlike traditional exoskeletons, the SW-SiStA can be easily detached after the completion of the sit-to-stand process, and thus will not cause additional burden to the user during the subsequent ambulation. The SW-SiStA is powered with a pneumatic actuator, leverage its advantages of low cost and high power/force density.

2019 Robotic exoskeletons have the capability to improve community ambulation in aging individuals. These exoskeleton controllers utilize different environmental information such as walking speeds and slope inclines to provide corresponding assistance. Several numerical approaches for estimating this environmental information have been implemented; however, they tend to be limited during dynamic changes. A possible solution is a machine learning model utilizing the user’s electromyography (EMG) signals along with mechanical sensor data. We developed a neural network-based walking speed and slope estimator for a powered hip exoskeleton and explored the EMG signal contributions in both static and dynamic settings while wearing the device. We also analyzed the performance of different EMG electrode placements. The resulting machine learning model achieved error rates below 0.08 m/s RMSE and 1.3 RMSE. Our study findings from four able-bodied and two elderly subjects indicate that EMG can improve the performance by reducing the error rate by 14.8% compared to the model using only mechanical sensors. Additionally, results show that using EMG electrode configuration within the exoskeleton interface region is sufficient for the EMG model performance.

2018 Developing active prostheses require robust design methodologies and smart controllers in order to appropriately provide net positive mechanical work to the user. Passive prostheses are limited in their ability to sustain walking for long periods of time as well as ambulating over different terrains/environmental conditions. In this paper we present a control architecture and validation results on three individuals with transfemoral amputation using our powered knee and ankle prosthetic device. A three stage controller structure is proposed: high-level control, mid-level control, and low-level control. The high-level controller is responsible for determining the locomotion mode. At the mid-level control, an impedance controller is paired with a state machine to coordinate the kinematics and kinetics of the device with the user during community ambulation tasks. At the low-level control, the device is paired in conjunction with a series elastic actuator (SEA) at each joint to enable closed-loop torque control (PID control). Our results indicate that our powered prosthetic device is capable of scaling to a range of speeds without having to tune many impedance parameters. Our approach shows that our device is a good platform for further testing robust controllers that can provide powered assistance to the user.

2019 In order for the lower limb exoskeletons to realize their considerable potential, a greater understanding of optimal assistive performance is required. While others have shown positive results, the fundamental question of how the exoskeleton interacts with the human remains unknown. Understanding the optimal assistance magnitude is not simply relevant for control, it is a critical knowledge for exoskeleton designers. An accurate understanding of assistance levels will enable the designers to minimize exoskeleton mass and improve the performance by avoiding excessive actuators and drivetrains. We explored the relationship between the assistance magnitude and the energetic cost benefits by using a series elastic actuator driven powered hip exoskeleton. The exoskeleton controller mimics a human biological hip moment to provide the assistance during the gait cycle. Ten able-bodied subjects walked using the exoskeleton with different magnitudes of assistance in both hip flexion and extension. Generally, the resulting metabolic cost across different assistance conditions showed a U-shape trend which was consistent across all subjects (p