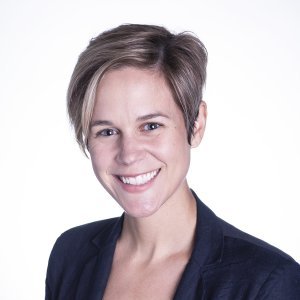 
Professor Stemler is a leading scholar on the sharing economy and the regulation of platform-based technologies. 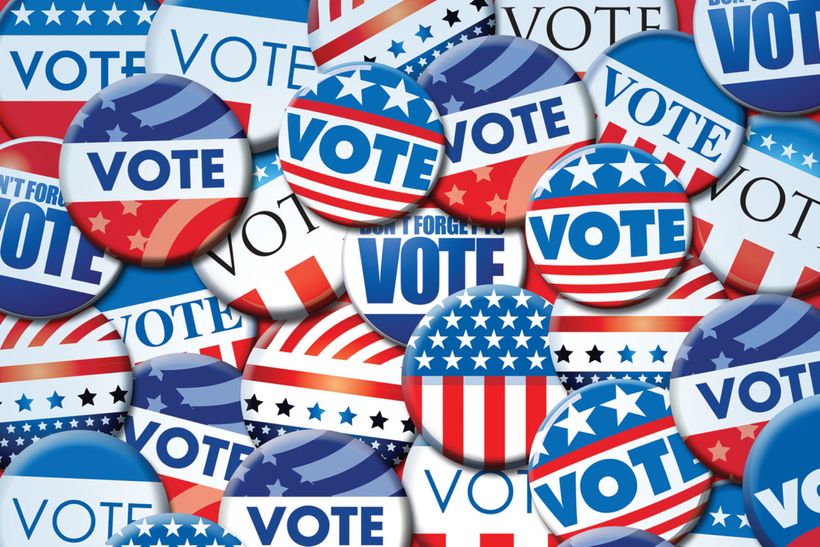 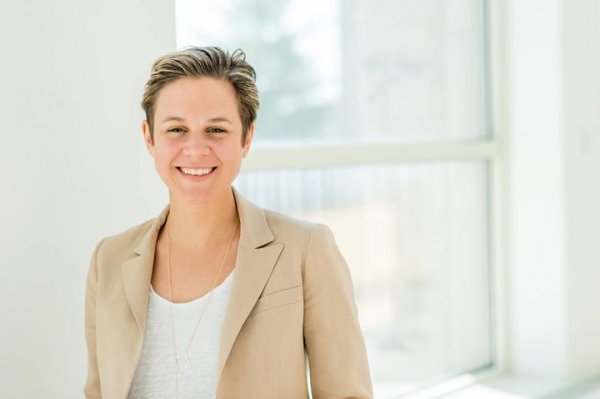 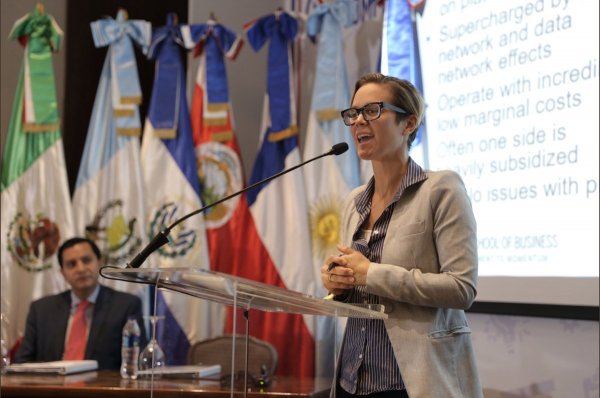 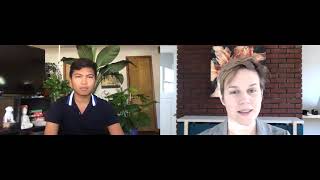 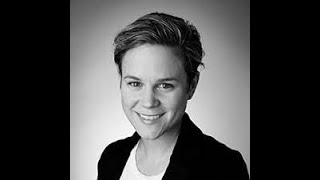 Professor Stemler is a leading scholar on the sharing economy. Her scholarship and teaching has garnered many national awards and she is frequently sought out for her expertise on platform-based technology companies, such as Facebook, Uber, and Google.

She has published multiple articles in leading journals such as the Iowa Law Review, Emory Law Journal, Maryland Law Review, Georgia Law Review, and Harvard Journal on Legislation. Her research explores the interesting spaces where law has yet to catch up with technology. In particular, her aim is to expose the evolving realities of Internet-based innovations and platforms and to find ways to effectively regulate them without hindering their beneficial uses. As she sees it, many modern firms inhabit a world that operates under alien physics—where free is often costly and “smart” is not always wise. She employs tools and insights from economics, behavioral science, regulatory theory, and rhetoric to understand how we, as a society, can better protect consumers, privacy, and democracy.

Professor Stemler is also a faculty associate at the Berkman Klein Center or Internet & Society at Harvard University, practicing attorney, entrepreneur (she sold her first business at age 29), and consultant for governments and multinational organizations such as the World Bank Group.

Order of the Coif

Uber’s business model is incredibly simple: It’s a platform that facilitates exchanges between people. And Uber’s been incredibly successful at it, almost eliminating the transaction costs of doing business in everything from shuttling people around town to delivering food.

Specifically, Kelley professors Abbey Stemler and Matthew Turk — both of whom are lawyers and assistant professors of business law and ethics — said the platforms’ argument misconstrues the “publishing” provision of section 230. Previous 9th Circuit precedent has defined “publishing” as “reviewing, editing, and deciding whether to publish or to withdraw from publication third-party content.”

In Suing Boston, AirBNB Argues It's Not Responsible For Illegal Listings

Abbey Stemler is a professor of Business Law and Ethics at Indiana University; Stemler also wrote an amicus brief, in a similar lawsuit brought by Airbnb against the City of Santa Monica – but on behalf of the city, not Airbnb. “Section 230 has been grossly misinterpreted,” argues Stemler. The act, she says, “has been invoked to say, ‘We cannot be regulated we cannot be deputized to regulate ourselves.”

Is the heyday of ride-hailing companies over?

Uber and Lyft lost their battle with New York City on Wednesday, and customers may be next as the ride-hailing companies warn it could lead to higher prices and longer wait times for riders.

Abbey Stemler, assistant professor of business law and ethics at the Indiana University Kelley School of Business and a legal expert on the sharing economy, cheers Wednesday’s vote by the New York City Council to place a one-year cap on the number of ride-hailing services vehicles from Uber, Lyft and other ridesharing platforms.

States and communities have struggled to protect consumers through regulation of ride-sharing and short-term rental companies such as Uber and Airbnb, because these businesses have successfully used rhetoric and their users to perpetuate a "myth" that their mission is primarily altruistic.

Abbey Stemler, a second-year law student at the IU Maurer School of Law, has been appointed by Gov. Mitch Daniels as the new student member of the Indiana University Board of Trustees.

2019 Platform-based businesses (“platforms”) have sought to design websites, apps, and interfaces to addict and manipulate users. They intentionally stimulate the release of dopamine in users’ brains, which creates addiction akin to gambling. As examples, reports indicate that Instagram withholds notifying users of “likes” until later so as to increase their dopamine intake—known as a “variable reward schedule.” Or Twitter’s app which opens with a blue screen and pulsating bird: the interface, while intended to appear like its loading, builds a positive feedback loop based on anticipation.

2018 One of the chief anticompetitive effects of modern business lies in antitrust’s blind spot. Platform-based companies (“platforms”) have innovated a business model whereby they offer consumers “free" and low-priced services in exchange for their personal information. With this data, platforms can design products, target consumers, and sell such information to third parties.

Platform Advocacy and the Threat to Deliberative Democracy

Platform Advocacy and the Threat to Deliberative Democracy

2017 Businesses have long tried to influence political outcomes, but today, there is a new and potent form of corporate political power—Platform Advocacy. Internet-based platforms, such as Facebook, Google, and Uber, mobilize their user bases through direct solicitation of support and the more troubling exploitation of irrational behavior.

Feedback Loop Failure: Implications for the Self-Regulation of the Sharing Economy

2017 Thousands of rooms, houses, yurts, and castles are reserved on Airbnb each day. Soon-to-be travelers, who are sometimes thousands of miles away from their future resting places, make their selections based on host-provided descriptions, pictures, and former guest reviews. The latter are essential for building trust and giving travelers the confidence they need to interact with strangers. These feedback loops or reputation systems make up part of the" real innovation" of the Sharing Economy. Airbnb is a company that built an online marketplace that allows people to list and rent unique accommodations around the world.

2017 A deflated air mattress rests in the corner ofAirbnb's world headquarters. It symbolizes how Airbnb allows regular, local people to earn extra income by renting out space in their homes. Yet, this symbolism fails to represent what the company has become-a unicorn receiving much of its revenue from professionals with full-time listings. The poorly folded wad of plastic exemplifies the Myth of the Sharing Economy, which has been consistently used to subvert regulation. The Myth convinces people that the sharing economy is comprised of selfregulating Platforms, which allow microentrepreneurs to utilize their excess capacity in an altruistic manner. However, the sharing economy is actually comprised of companies driven as much by market forces and failures as any taxicab company or hotel chain. The Myth possesses an appeal that is simple and seductive. It takes the familiar idea of sharing to make the claim that …

Regulation 2.0: The Marriage of New Governance and Lex Informatica

2016 Throughout history, disruptive technologies have transformed industry and signaled the destruction or creation of regulatory structures. When crafting regulations, governments often utilize Regulation 1.0 approaches, characterized by top-down design standards that dictate exactly how the regulated must act in order to prevent market failures. Regulation 1.0 increases barriers to entry and decreases the room for business experimentation. Regulation 2.0, by contrast, is a theoretical approach for regulating companies that rely on platformmediated networks. It marries New Governance theory and the concept of lex informatica. This marriage allows for the collaborative creation of design standards that are then enforced through mediating technologies. Regulation 2.0 is ideal for regulating the sharing economy in particular, as it is powered by technology-driven feedback loops. The shift from Regulation 1.0 to …

Betwixt and between: Regulating the Shared Economy

2016 Airbnb, Uber, Eatwith, and other sharing economy2 platforms facilitate short-term rentals, transportation, meals, and even pet-sharing. The platforms in the sharing economy use technology to connect people who have private excess capacity to those who want to purchase it. Rather than staying in a hotel, customers can stay in a spare bedroom through Airbnb; rather than hiring moving companies, customers can get help moving via TaskRabbit; rather than going to a restaurant, customers can have a meal prepared for them in someone's home via Eatwith. TIME Magazine listed the sharing economy as one of the ten ideas that will change the world, 3 and Forbes estimates that the revenue flowing through the sharing economy surpassed $3.5 billion in 2013, with growth exceeding twenty-five percent per year. 4 At that rate, peerto-peer sharing has moved beyond a fringe movement and into a disruptive economic …

The Code of the Platform

2019 Digital platform-based businesses such as Uber, eBay, and Google have become ubiquitous in our daily lives. They have done so by expertly harnessing technology to bring supply and demand side users together for commercial and social exchange. Users are happy to let these platform companies play “matchmaker” because transaction costs are lowered — it is easier to find or give a ride, buy or sell a product, or obtain almost any kind of information than ever before — and platforms are happy to be at the center of the exchange, taking advantage of network effects to grow wildly successful.

From the Digital to the Physical: Federal Limitations on Regulating Online Marketplaces

2018 Online marketplaces have transformed how we shop, travel, and interact with the world. Yet, their unique innovations also present a panoply of challenges for communities and states. Surprisingly, federal laws are chief among those challenges despite the fact that online marketplaces facilitate transactions traditionally regulated at the local level.

2020 Amidst the regular drumbeat of reports about Russian attempts to undermine U.S. democratic institutions from Twitter bots to cyber-attacks on Congressional candidates, it is easy to forget that the problem of election security is not isolated to the United States and extends far beyond safeguarding insecure voting machines. Consider Australia, which has long been grappling with repeated Chinese attempts to interfere with its political system.