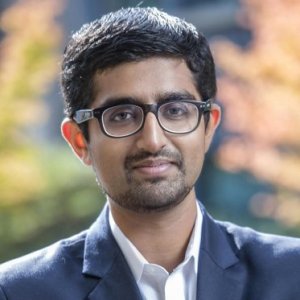 
Researcher focused on innovation, entrepreneurship and the digital economy

Big Data and the Digital Economy

Abhishek Nagaraj is an Assistant Professor in the Management and Organizations (MORS) group at Berkeley Haas. He earned his PhD in Management at the MIT Sloan School of Management, in the Technological Innovation, Entrepreneurship and Strategic Management (TIES) group. He also holds an MBA from the Indian Institute of Management (IIM) Calcutta and a B.Tech in Computer Science from the College of Engineering, Pune (COEP).

Nagaraj's research is in the area of innovation management and entrepreneurship, where he studies the role of intellectual property in digital markets, the impact of government information on the private-sector, and the design of crowdsourcing communities. He is particularly interested in the impact of maps and digital, geographic information on the economy.

Most internet service providers are gone. Sonic has survived — and thrived

Sonic, founded in Santa Rosa, marks its 25th anniversary this year and is looking forward to the future. The key to its survival might be its regional focus, said Assist. Prof. Abhishek Nagaraj. “Regional ISPs tend to be more flexible, more innovative,” he said. “They can more quickly cater to the needs of the local market."

Small companies are challenging the Google Maps monopoly. “There are a lot of platforms where the data collection is open, but the data itself is closed,” said Asst. Prof. Abishek Nagaraj . “What makes these guys interesting is they’re flipping that model on its head.” But Nagaraj isn't sure businesses will be willing to pay for data that will eventually be free and open for everyone—including their competitors.

MapLab: How satellites cracked open a gold mine

Asst. Prof. Abishek Nagaraj has found that satellite imagery doubled the likelihood of new gold discoveries in the areas they covered.

The article references forthcoming research by Asst. Prof. Abishek Nagaraj on the link between the release of Nasa's Landsat program satellite imagery to the public domain and the acceleration of climate science in the early 1990s.

The founder of a beloved productivity app thinks the startup model is broken — here's how he's trying to keep the tech industry from 'making the same 10,000 mistakes over and over again'

"All Turtles" is a company with an anti-startup mission of looking at innovation in a different, problem-solving way. "If this works, you can copy and spread it" widely, said Asst. Prof. Abishek Nagaraj. "The potential is tantalizing."

Lime, founded by Brad Bao, MBA 05, and Toby Sun, MBA 11, is one of the early entrants to the field. But: “The biggest barrier to the adoption of the technology is what I would call the dorkiness quotient,” said Assist. Prof. Abhishek Nagaraj. “It’s not the most exciting-looking thing for people.”

Google knowns what we do online and may soon know everything else about us, too

Google’s new Internet of Things software is a big strategic play for the company, said Asst. Prof. Abishek Nagaraj. "What is going to be more important for them is not so much to control the hardware, but to control the operating system or the software that runs on these things," he said.

Here's how Facebook can regain trust at its F8 conference

Facebook CEO Mark Zuckerberg will likely face tough questions during Facebook's F8 developer conference Q&A. And that could be an issue. “The risk is coming across and saying nothing, and not being candid enough," says Abhishek Nagaraj, an assistant professor in the Haas Management of Organizations Group. "The questions [would] likely be much more pointed" than they were in Washington, D.C.

Mark Zuckerberg grilled for two days: What’s next for Facebook?

Starting next month in Europe, the new General Data Protection Regulation (GDPR) will give Facebook users more control. As for the U.S., "I see some agreement on both sides of the aisle that a legal framework for internet/data businesses is important, and with the GDPR being passed in the EU, there is some precedent and pressure on U.S. lawmakers," said Asst. Prof. Abishek Nagaraj of the Haas Management of Organizations Group.

Tech backlash: ‘Maybe Silicon Valley needs to be taken down to size’

“It is unprecedented,” UC Berkeley Haas School of Business professor Abhishek Nagaraj, said of the backlash. “I think this is because of how deeply penetrated tech is in people’s lives.” Nagaraj, who studies the tech industry, compared the demonization of Silicon Valley to the outcry against Wall Street after deceptive investment banking practices knocked the U.S. into the Great Recession. “It appears as if, basically, tech is the new finance,” Nagaraj said.

Susan Harmeling was well into what has become a 30-year career as a business school case writer when she traveled to Croatia to design a graduate entrepreneurship course at the University of Osijek. It was September 2001, and the country was still recovering from its four-year war that had begun a decade before when Harmeling, working for the Open Society Institute founded by billionaire philanthropist George Soros, organized a course focusing on entrepreneurial case research, writing, and teaching for both graduate students and faculty.

Digitization and the Demand for Physical Works: Evidence from the Google Books Project

Social Influence in the COVID-19 Pandemic: Community Establishments’ Closure Decisions Follow Those of Nearby Chain Establishments

Getting on the Map: The Impact of Online Listings on Business Performance

The Economics of Maps

Proceedings of the National Academies of Science

Does Copyright Affect Reuse? Evidence from Google Books and Wikipedia