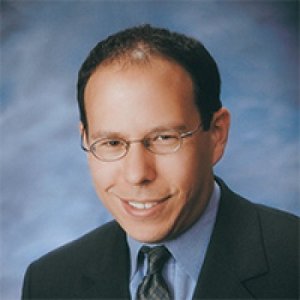 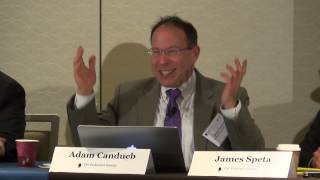 Professor Candeub joined the MSU Law faculty in fall 2004. He is also a Fellow with MSU's Institute of Public Utilities, which is cosponsored by MSU College of Law. Prior to this position, he was an attorney-adviser for the Federal Communications Commission (FCC) in the Media Bureau and previously in the Common Carrier Bureau, Competitive Pricing Division. His work at the FCC involved him in critical decisions in communications law. From 1998 to 2000, Professor Candeub was a litigation associate for the Washington D.C. firm of Jones, Day, Reavis & Pogue, in the issues and appeals practice. He also has served as a corporate associate with Cleary, Gottlieb, Steen & Hamilton, also in Washington, D.C. Immediately following law school, he clerked for Chief Judge J. Clifford Wallace, U.S. Court of Appeals for the Ninth Circuit. While in law school, Professor Candeub was an articles editor for the University of Pennsylvania Law Review. He is well published in numerous law reviews. Professor Candeub's scholarly interests focus on the intersection of regulation, economics, and communications law and policy. He also publishes in the area of criminal law and philosophy.

Whispering Into Princes' Ears: An Empirical Analysis of Ex Parte Meetings at the Federal Communications Commission

2018 The Federal Communications Commission (FCC) produces most of its orders through informal notice-and-comment rule making. Under this process, the FCC promulgates a proposed rule and then solicits comments before issuing a binding regulation. Its procedures allow commissioners and staff to meet with regulated entities in on-going matters, but parties must submit an "ex parte letter" listing the meeting's attendees and the matters discussed. These letters are filed in the FCC's electronic comment filing system (ECFS).