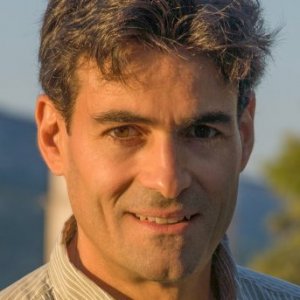 
A fellow at Harvard, Tanner chronicles the entrepreneurs and customers behind the multibillion dollar business of personal data

Adam Tanner is a fellow at Harvard University's Institute for Quantitative Social Science.

At Harvard since 2011, he has written What Stays in Vegas: The World of Personal Data-Lifeblood of Big Business-and the End of Privacy as We Know It, (PublicAffairs, 2014), which the Washington Post named one of 50 books notable works of non-fiction in 2014, and The Big Health Data Bazaar: Uncovering a Multi-Billion Dollar Trade in Our Medical Secrets (Beacon Press, Jan. 2017).

He served as a Reuters news agency correspondent from 1995-2011, including as bureau chief for the Balkans (2008-2011) and San Francisco bureau chief (2003-2008). He was also posted in Berlin, Moscow and Washington D.C. He has appeared on CNN, Bloomberg TV, MSNBC, CNBC, NPR, the BBC and VOA, and written for magazines including Scientific American, Forbes and Slate.

Does Corporate America Know Too Much About You?

Why giving consumers a choice when gathering their personal data makes the best business sense, and what can go wrong for those who are not transparent in their marketing.

Behind the Data Curtain

Tales of genius, deceit, crime, lust, and race in the mega business of personal information.