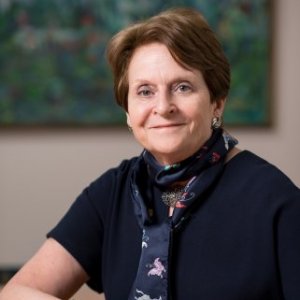 
Adele Lindenmeyr, PhD, is an expert in Russian history, specifically the history of charity and social welfare. 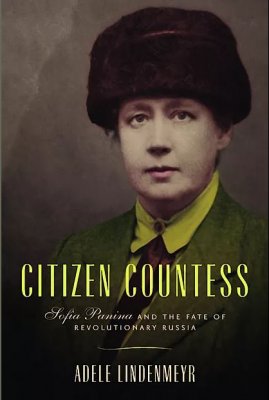 Development of Voluntarism and Civil Societies

Russian history and culture have long been a point of fascination for Dr. Lindenmeyr. She has researched the history of charity and social welfare in Russia, tracing its evolution from a civil society with privately funded, organized relief for the poor to an autocratic state like Imperial Russia, to today’s new Russia, a reconstructed civil society underpinned by a network of private charities and organizations. She is also an expert on Russian women’s history. Dr. Lindenmeyr has done extensive research on Sofia Panina and the Russian Revolution, the topic of her new book titled "Citizen Countess: Sofia Panina and the Fate of Revolutionary Russia."

Dr. Lindenmeyr was appointed Dean of Villanova’s College of Liberal Arts and Sciences in 2014. She can discuss the importance of a liberal arts education in today's higher education landscape.

Panelist at the 50th annual Association for Slavic, East European and Eurasian Studies Convention. Established in 1948, ASEEES is the leading international organization dedicated to the advancement of knowledge about Central Asia, the Caucasus, Russia and Eastern Europe in regional and global contexts.

Won the award for her book "Poverty Is Not A Vice: Charity, Society, and the State in Imperial Russia" (Princeton University Press, 1996).

Dr. Lindenmeyr received this award in 2003 from the the Association for Women in Slavic Studies.

Sofia Panina and the Fate of Revolutionary Russia

Once one of the wealthiest members of the Russian aristocracy, Sofia Panina spent her final years living on a pension while in exile from her homeland. Adele Lindenmeyr’s book Citizen Countess: Sofia Panina and the Fate of Revolutionary Russia recounts the eventful life of this remarkable woman, who through her dedication to helping others broke many of the barriers facing the women of her era.

The Boris and Bill Show

President Bill Clinton and President Boris Yeltsin were ready to change the world. Their epic press conferences and newly released phone transcripts reveal a sincere friendship. But, as time went on, things got complicated, and led to Vladimir Putin. Guests: Adele Lindenmeyr (Professor of History and Dean of Villanova University College of Liberal Arts and Sciences)

Adele Lindenmeyr, dean of the College of Liberal Arts and Sciences at Villanova, says philosophy and other liberal-arts programs have become endangered over the last several years. At Villanova, the number of (Philosophy) majors has nearly doubled to 34, from 18.

"With our leaders now in place, the Lepage Center for History in the Public Interest is set to begin making a tangible impact on the way the public engages with history,” said Adele Lindenmeyr, dean of Villanova's University College of Liberal Arts and Sciences

Adele Lindenmeyr, dean of Villanova’s College of Liberal Arts and Sciences, said professors can both facilitate civil discussions and contextualize the hate-motivated incidents. They can help make "a very clear distinction between free speech and hurtful hate speech," she said, as well as "the kinds of productive conversations that should take place and, frankly, shouting."...

By now, most people know that Russian President Vladimir Putin took over the neighboring Crimea region of Ukraine and formally annexed it after a hastily called referendum there that drew outrage from across the globe. ... “I wonder about our ability to even influence government through other channels,” said Adele Lindenmeyr, a historian of the Soviet Union who teaches at Villanova University in suburban Philadelphia. “Maybe that’s why we seem to be throwing up our hands and saying our response will be that nothing’s changed since March 16.”

Grant for Archival Research in Russia

“The First Woman in Russia”: Countess Sofia Panina and Women’s Political Participation in the Revolutions of 1917

The unique political career of philanthropist Countess Sofia Panina in 1917 provides insight into the problem of women's political participation in the Revolution. Panina could be found in almost all of Petrograd's major power centers: the Kadet Central Committee, the Petrograd Duma, and the Provisional Government, where she was the only female assistant minister. Yet her political involvement before October was mainly limited to the feminine sphere of education and social service.

A Public Empire: Property and the Quest for the Common Good in Imperial Russia

A review of the book "A Public Empire: Property and the Quest for the Common Good in Imperial Russia" by Ekaterina Pravilova.

An Ordinary Marriage: The World of a Gentry Family in Provincial Russia. By Katherine Pickering Antonova

Like a Russian novel, the book is populated by memorable characters—Andrei Chikhachev and his wife Natalia; Natalia's bachelor brother Yakov; their neighbors and friends; and last but far from least, the serfs amidst whom they lived.

The Slavonic and East European Review

Dedicated to the task of recovering the lives and, where possible, the voices of ordinary women in imperial Russia, this collection cannot help but reflect the diversity of women's experiences. Peasants and townswomen, actresses and Mary the Mother of God, rape victims and professional musicians, dutiful women and those who defied gender conventions—all stride across its pages, creating a colourful if at times crowded landscape.

Building a Civil Society One Brick at a Time: People’s Houses and Worker Enlightenment in Late Imperial Russia

The Journal of Modern History

With its absolutist political system, repressive laws, and hierarchical social structure, tsarist Russia seems an unlikely place for publicly sponsored institutions dedicated to civic education and moral improvement to flourish. But Russian social reformers not only paid close attention to European and American trends; they also sought to address many of the same problems that had inspired the founders of workers’ institutes, settlement houses, and similar institutions in the West