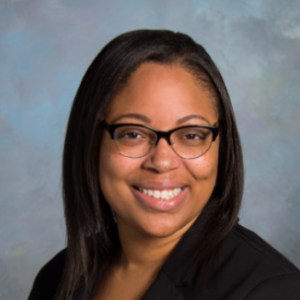 
Dr. Goldman is an expert in the intersectionality of race, gender, culture and its connection to communication and media.

What does Meghan Markle's explosive interview say about how the Royal Family and British press treats women of color?

Adria Goldman’s research explores the intersectionality of race, gender, culture and its connection to communication and media. She enjoys examining media’s impact on perceptions, construction of identity, social relationships and belief systems. Moreover, Dr. Goldman seeks to identify the complex relationship between media producers and consumers, while considering factors such as the role of ownership, media convergence, representations, race/class/gender and ideologies.

For starters, Goldman said, we must recognize the differences that exist between white women and Black women, and other women of color because frankly we are not all the same. “Failure to recognize this prevents progress and true support for and from each other,” she said. “In everything we consider – feminism, beauty standards, expressions of emotion, for example – there are different considerations for white women and Black women.”

Dr. Goldman presentation, titled “From Cartoons to Reality Television: Examining Images of Young Black Females in Reality Programming,” was a review of her analysis of two competition reality shows with child/adolescent casts – Bravo’s Top Chef Jr. and Lifetime’s The Rap Game. This presentation was an extension of her dissertation research where she found that representations of Black women in reality television were more flattering when the cast was predominately Black.

According to the abstract, “The goal of this project, ‘I Gotta Testify: Kanye West, Hip Hop, and the Church,’ is to add a new perspective to the scholarly discourse on Hip Hop and Christianity within classrooms, religious institutions and popular culture by focusing on Kanye. We chose to focus on Kanye because he has been one of Hip Hop’s most influential artists in the past decade. Furthermore, Kanye is one of the most polarizing celebrities in America and across the globe. His music, fashion, political views and family (which includes the Kardashians) dominate discourse on social media, blogs, television and other forms of mass media.”

The 105th annual convention of the National Communication Association

The Awkward Revolution: A Framing Analysis of Awkwardness, Humor, and Sexuality in Rachel Bloom’s Crazy Ex-Girlfriend

Breaking Down Black Panther: An Analysis of the Blockbuster Film

I Gotta Testify: Kanye West, Hip Hop, and the Church

The Journal of Hip Hop Studies

2019 Hip Hop is undergoing a spiritual awakening! Growing numbers of artists are incorporating their religious faith into their music and performances. At the 59th annual Grammy Awards in 2017, Chance the Rapper performed a medley of his hits “All We Got,” “No Problem,” and “Blessings (Reprise).” Chance was accompanied by an orchestra, an African American choir dressed in white robes, and gospel greats Kirk Franklin and Tamela Mann.

2015 Black Women in Reality Television Docusoaps explores representations of Black women in one of the most powerful, popular forms of reality television – the docusoap. Viewers, critics, and researchers have taken issue with what they consider to be unflattering, one-dimensional representations. This book discusses images of Black women in reality television during the 2011 viewing year, when much criticism arose.