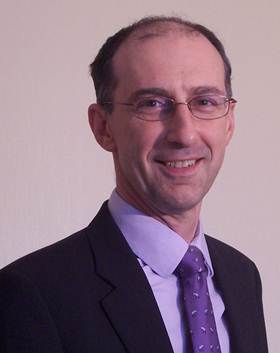 
Experienced public speaker and neuropharmacologist with proven expertise in study of antipsychotics, antidepressants and analgesics.

Dr. Newman-Tancredi has over 20 years' experience of neuroscience research and drug discovery. Prior to joining Neurolixis, he was Director of Neurobiology and Project Manager at Pierre Fabre Laboratories where he led multi-disciplinary programs that successfully identified and characterized novel antipsychotics, antidepressants and analgesics. Prior to Pierre Fabre, Dr. Newman-Tancredi led a molecular pharmacology research group at the Servier Research Institute where he was responsible for screening of NCEs and investigating signal transduction mechanisms of monoamine receptors. Drugs characterized in the course of Dr. Newman-Tancredi's work include milnacipran (Savella ®), piribedil (Trivastal ®), agomelatine (Valdoxan ®) and befiradol (Ph. II). In addition, Dr. Newman-Tancredi managed projects that led to early development of compounds with novel profiles of action, including the antipsychotic candidate, F15063 and the antidepressant candidate, F15599.

Dr. Newman-Tancredi has extensive experience of team management, integrating medicinal chemistry, pharmacology, early ADMET and preclinical development, and building international collaborations with academic researchers. He has published over 130 research reports, co-authored patents on NCEs and given presentations to a wide variety of audiences. He serves on the Editorial Board of the International Journal of Neuropsychopharmacology and as an independent neuropharmacology and drug discovery consultant (www.neuroact.com). Dr. Newman-Tancredi received his B.Sc. with honours in Biochemistry and his Ph.D. in neuropharmacology from the University of Kent at Canterbury, U.K. He is bi-national (anglo-italian) and tri-lingual (English, French, Italian).

The development of a novel generation of antipsychotics combining 5-HT1A agonism and D2 antagonism: rationale and new perspectives

Antipsychotics in the post-patent cliff era: challenges for clinical and drug discovery research.

This lecture presented the importance of serotonin 5-HT1A receptors as targets for the development of improved antipsychotics for the treatmenf of schizophrenia and related CNS disorders. The lecture focused on evidence from rodent models of psychosis, social withdrawal and cognitive deficits. Watch the Webcast of this lecture on YouTube: http://www.youtube.com/watch?v=vDc6QbwxUO8