Adrian Ott is an engaging speaker that revolutionizes marketing by adding the concept of time. 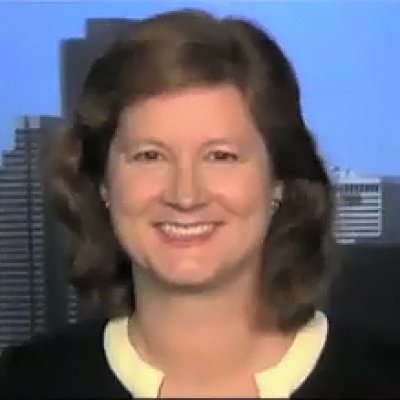 Library Journal said Adrian Ott is, "revolutionizing marketing by adding the concept of time." She is the award-winning author of The 24-Hour Customer: New Rules for Winning in a Time-Starved, Always-Connected Economy (HarperBusiness) http://amzn.to/cJASOb which was named a Best Business Book 2010 by Library Journal and by Small Business Trends.

Adrian is also CEO of Exponential Edge Inc consulting (www.exponentialedge.com) and was named Silicon Valley Enterprising Woman of the Year 2011 by the National Association of Small Business Owners (NAWBO-SV). She is a regular contributor to Fast Company and has been featured on Bloomberg TV, Fox News, and Forbes for her work helping companies innovate breakthrough offerings.

Prior to founding Exponential Edge, she was an HP executive for 15 years who was recognized in an annual report for “infusing HP with new revenue streams, new technologies, and new business models.” She holds an MBA from Harvard Business School and a B.S. from U.C. Berkeley.

Called "...one of Silicon Valley's most respected (if not the most respected) strategist" by Consulting Magazine. Leaders Network by the Women in Consulting organization as a top Silicon Valley consulting firm. Honored in HP Annual Report for infusing HP with new revenue streams, new technologies and new business models. Duncan Citation for the highest G.P.A. in major at U.C. Berkeley.

“Exponential Edge has provided excellent assistance with our market research and strategy projects. The results have provided us with clear direction which will significantly impact our strategy, programs and execution.”

“Exponential Edge provides a level of professionalism, integrity, and complete competency that is a standard by which to measure others. They approach our relationship from a long- term perspective which makes them stand out from other firms.“

“Exponential Edge provided excellent research and consulting services in support of our project and was flexible in meeting our evolving requirements… Exponential Edge’s expertise and analysis provided us with deep insight and recommendations which enabled us to make informed decisions.”

“Adrian’s strategic recommendations and advice have been much appreciated, and have had significant value-added impact. Her teamwork-oriented approach is effective to achieving the desired results.”

“Exponential Edge has provided services that have positively affected our relationships with prospective partners.”

“The Global Mid-Market Study they developed was dog-eared; this was an invaluable resource to building our strategy and program. We should develop all new programs with this approach.”

“The leadership at Exponential Edge is their edge… brilliant business savvy hit the bull’s-eye and got to the heart of the matter. This instinctive ability helped us to precisely identify key issues and to quickly resolve our business problems at hand.”

“Exponential Edge does on-time, quality work. You guys are super!”

How To Use Customer Time as a Competitive Weapon