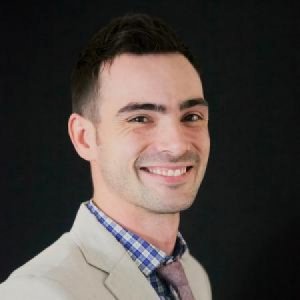 Assistant Professor, Department of Marketing | The University of Texas at Austin, McCombs School of Business

Adrian Ward is an assistant professor in the marketing department of the McCombs School of Business, the University of Texas at Austin. Prior to joining UT, he spent two years as a senior research associate in the Center for Research on Consumer Financial Decision Making at the University of Colorado, Boulder. He received his PhD in psychology from Harvard University. Professor Ward’s work explores attention, knowledge, and decision-making “in context.” His doctoral dissertation on becoming “One with the ‘Cloud’” examines the causes and consequences of offloading responsibility for memory to the Internet, and his work with the CRCFDM focuses on the implications of offloading responsibility for financial expertise to long-term relationship partners “On a Need-to-Know Basis.” Additional published and ongoing research explores moral perception and decision-making (“Paying it Forward”), consumer interactions with new technologies, and consumer financial decision-making. His research has been published in journals including Psychological Science, Journal of Experimental Psychology: General, and Psychological Inquiry, and covered by popular press outlets including The New York Times, New Statesman, Scientific American, The Huffington Post, and Education Week. He writes for Scientific American in his (increasingly rare) spare time and penned the magazine’s most read story of 2012. Ward's research on the impact of smartphone use was the 36th most-discussed journal article worldwide in 2017, as measured by Altmetric.

As couples mature together, they often grow apart in their level of interest and skill in handling their finances. A disparity in financial literacy that may be small or even nonexistent at first can increase over time depending on how much responsibility one partner undertakes.

Having Your Smartphone Nearby Takes a Toll on Your Thinking

Having Your Smartphone Nearby May Impair Cognition

Researchers from the University of Texas at Austin set out to examine the effect that having one's smartphone nearby can have on one's ability to concentrate.

The team was led by Adrian Ward, an assistant professor at the McCombs School of Business at the University of Texas at Austin, and the findings were published in the Journal of the Association for Consumer Research.

As the authors of the new study explain, previous research had suggested that "the mere presence of personally relevant stimuli" can cause us to perform worse cognitively...

Keeping Smartphones Nearby Makes Us Dumber

Adrian Ward and coauthors conducted experiments with nearly 800 smartphone users in an attempt to measure, for the first time, how well people can complete tasks when they have their smartphones nearby, even when they’re not using them...

Are Smartphones Making Us Stupid?

For their latest research on the reduction of cognitive capacity caused by the mere sight of one's own smartphone, Adrian Ward and co-authors from McCombs conducted two different experiments with nearly 800 smartphone users...

There’s a new culprit to blame for financial illiteracy among some older Americans: the length of their marriage.

Why Your Long-Term Relationship May Be Harming Your Financial Literacy

"One of the most interesting findings is that, on average, at the beginning of the relationships, the two partners are about the same in terms of financial literacy," says Adrian F. Ward, co-author of the study and assistant professor of marketing at the University of Texas at Austin's McCombs School of Business. "Over time, one partner gets better and the other doesn't – they might actually get worse."

On a Need-to-Know Basis: How the Distribution of Responsibility between Couples Shapes Financial Literacy and Financial Outcomes Journal of Consumer Research

Many consumers suffer from low levels of financial literacy. Attempts to increase this dimension of consumer expertise via educational interventions are typically unsuccessful. We argue that many of these apparent deficits are caused by the distribution of responsibility for knowledge and decision-making between relationship partners.

Brain Drain: The Mere Presence of One’s Own Smartphone Reduces Available Cognitive Capacity Journal of the Association for Consumer Research

In this research, we test the “brain drain” hypothesis that the mere presence of one’s own smartphone may occupy limited-capacity cognitive resources, thereby leaving fewer resources available for other tasks and undercutting cognitive performance.

Paying It Forward: Generalized Reciprocity and the Limits of Generosity Journal of Experimental Psychology: General

When people are the victims of greed or recipients of generosity, their first impulse is often to pay back that behavior in kind. What happens when people cannot reciprocate, but instead have the chance to be cruel or kind to someone entirely different—to pay it forward? In 5 experiments, participants received greedy, equal, or generous divisions of money or labor from an anonymous person and then divided additional resources with a new anonymous person. While equal treatment was paid forward in kind, greed was paid forward more than generosity. This asymmetry was driven by negative affect, such that a positive affect intervention disrupted the tendency to pay greed forward. Implications for models of generalized reciprocity are discussed.

The Myth of Harmless Wrongs in Moral Cognition: Automatic Dyadic Completion from Sin to Suffering Journal of Experimental Psychology: General

When something is wrong, someone is harmed. This hypothesis derives from the theory of dyadic morality, which suggests a moral cognitive template of wrongdoing agent and suffering patient (i.e., victim). This dyadic template means that victimless wrongs (e.g., masturbation) are psychologically incomplete, compelling the mind to perceive victims even when they are objectively absent. Five studies reveal that dyadic completion occurs automatically and implicitly: Ostensibly harmless wrongs are perceived to have victims (Study 1), activate concepts of harm (Studies 2 and 3), and increase perceptions of suffering (Studies 4 and 5). These results suggest that perceiving harm in immorality is intuitive and does not require effortful rationalization. This interpretation argues against both standard interpretations of moral dumbfounding and domain-specific theories of morality that assume the psychological existence of harmless wrongs. Dyadic completion also suggests that moral dilemmas in which wrongness (deontology) and harm (utilitarianism) conflict are unrepresentative of typical moral cognition.

Give What You Get: Capuchin Monkeys (Cebus apella) and 4-Year-Old Children Pay Forward Positive and Negative Outcomes to Conspecifics PLoS One

The breadth of human generosity is unparalleled in the natural world, and much research has explored the mechanisms underlying and motivating human prosocial behavior. Recent work has focused on the spread of prosocial behavior within groups through paying-it-forward, a case of human prosociality in which a recipient of generosity pays a good deed forward to a third individual, rather than back to the original source of generosity. While research shows that human adults do indeed pay forward generosity, little is known about the origins of this behavior. Here, we show that both capuchin monkeys (Cebus apella) and 4-year-old children pay forward positive and negative outcomes in an identical testing paradigm. These results suggest that a cognitively simple mechanism present early in phylogeny and ontogeny leads to paying forward positive, as well as negative, outcomes.

The Harm-Made Mind: Victimization Augments Perceptions of the Minds of Vegetative Patients, Robots, and the Dead Psychological Science

People often think that something must have a mind to be part of a moral interaction. However, the present research suggests that minds do not create morality but that morality creates minds. In four experiments, we found that observing intentional harm to an unconscious entity--a vegetative patient, a robot, or a corpse--leads to augmented attribution of mind to that entity. A fifth experiment reconciled these results with extant research on dehumanization by showing that observing the victimization of conscious entities leads to reduced attribution of mind to those entities. Taken together, these experiments suggest that the effects of victimization vary according to victims' preexisting mental status and that people often make an intuitive cognitive error when unconscious entities are placed in harm's way. People assume that if apparent moral harm occurs, then there must be someone there to experience that harm-a harm-made mind. These findings have implications for political policies concerning right-to-life issues.
KEYWORDS: