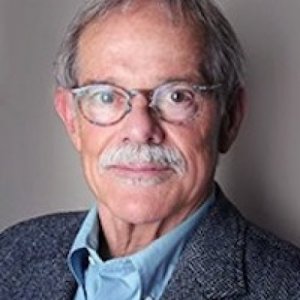 
For more than 30 years Alan Barbour has been studying infectious diseases, and is a world-leading expert on Lyme disease. 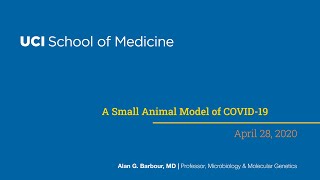 For more than 30 years Alan Barbour has been studying the pathogenesis of Borrelia infections, the most important of which are relapsing fever, one of the neglected tropical diseases, and Lyme disease, the most common arthropod-borne disease in North America and Europe. For much of that time the emphasis was on understanding the genetics, disease mechanisms of the pathogens, and immune responses of the hosts of the microbes. This has involved a variety of approaches and disciplines and has focused on the bacteria and experimental animal models in the laboratory setting. But over the last several years the research direction has turned toward a studies of populations of microbes and their hosts, as well as their evolution and natural variation. A practical aspect of this work is aimed toward the development of a vaccine that is targeted to the wild animals that carry the Lyme disease pathogen to reduce the risk of transmission to people. Barbour has also started a collaboration with Dr. Anthony Long, a population geneticist in the School of Biological Sciences, on the genetics and genomics of the predominant host animal for the infection in nature, Peromyscus leucopus. Another new area of research has grown out of a collaboration with Dr. Donald Blake in the School of Physical Sciences and Barbour's interest in using breath analysis for both diagnosis and monitoring of disease in a non-invasive way. Their main finding from experimental models is that the ratio of carbon monoxide to carbon dioxide in the exhaled breath is a suitable biomarker for real-time assessment of the inflammatory state during sepsis and other serious infections.

You cured a deadly disease — and now you're afflicted by fame

Tipping Point: The Resistance Is Gaining In The Lyme Wars

Alan Barbour, among the pioneers who identified the Lyme disease organism in the early 1980s, called the concept of persistence – namely whether the spirochete survives common antibiotics — “quite controversial” among mainstream scientists.

Ticks aren't the only critter to spread Lyme disease

“Many efforts to combat Lyme disease have focused on trying to control those ticks, but they have been difficult to put in practice,” says Alan Barbour a professor of medicine and microbiology & molecular genetics at the University of California, Irvine School of Medicine. “So we decided that instead we should look at the animal carrying it.”

“Many efforts to combat Lyme disease have focused on trying to control those ticks, but they have been difficult to put in practice,” said Lyme disease pioneer Alan Barbour, M.D. “So we decided that instead we should look at the animal carrying it.”

From a doctor who helped discover Lyme disease, a broad update

Soon they began associating it with a skin rash, possibly caused by a deer tick. In 1981, researchers Willy Burgdorfer and Alan G. Barbour identified the cause of what had come to be known as Lyme disease. Today, the Centers for Disease Control and Prevention estimates that there are 300,000 new cases a year.

2020 Tick-borne relapsing fever (TBRF) is one of the Neglected Tropical Diseases. But TBRF's distribution extends beyond the tropical regions to most of the rest of the world. Sylvan life cycles, comprising tick vectors and mammalian reservoirs, also exist in several areas in North America. Most human cases of relapsing fever in North America are from Borrelia hermsii, whose endemic foci mainly are coniferous forests in mountainous areas.

2020 There have been hundreds of studies of the inbred house mouse with experimental infections of tick-borne pathogens, though this model animal is not their natural host. Now, advances in sequencing and bioinformatics mean that forward genetics can be done with the actual hosts for these zoonotic pathogens in nature. These outbred animals have genetic diversity comparable to humans. In North America, Peromyscus leucopus is the prime candidate for this novel approach to understand host responses and adaptations to the tickborne agents of Lyme disease, babesiosis, anaplasmosis, relapsing fever, and Powassan encephalitis.

Lactobacilli and other gastrointestinal microbiota of Peromyscus leucopus, reservoir host for agents of Lyme disease and other zoonoses in North America

2020 The cricetine rodent Peromyscus leucopus is an important reservoir for several human zoonoses, including Lyme disease, in North America. Akin to hamsters, the white-footed deermouse has been unevenly characterized in comparison to the murid Mus musculus. To further understanding of P. leucopus’ total genomic content, we investigated gut microbiomes of an outbred colony of P. leucopus, inbred M. musculus, and a natural population of P. leucopus.

Genomes, expression profiles, and diversity of mitochondria of the White-footed Deermouse Peromyscus leucopus, reservoir of Lyme disease and other zoonoses

2019 The cricetine rodents Peromyscus leucopus and P. maniculatus are key reservoirs for several zoonotic diseases in North America. We determined the complete circular mitochondrial genome sequences of representatives of 3 different stock colonies of P. leucopus, one stock colony of P. maniculatus and two wild populations of P. leucopus. The genomes were syntenic with that of the murids Mus musculus and Rattus norvegicus.

Discovery of the Lyme Disease Agent

2019 Three colony types of Lactobacillus were isolated from the stomach of LL colony stock Peromyscus leucopus deermice, a reservoir for several human zoonoses. Genome sequences revealed two isolates to be new strains of Lactobacillus animalis and Lactobacillus reuteri. The third was distinct from known species and was provisionally designated Lactobacillus sp. strain LL6.

2019 Vancomycin is active in vitro and in vivo in mouse systems against Lyme disease borrelia; however, there are no published data on the efficacy of vancomycin in patients with Lyme disease and no convincing theoretical advantages of vancomycin over the currently used and highly effective orally administered antimicrobial agents, including doxycycline, amoxicillin and cefuroxime axetil.