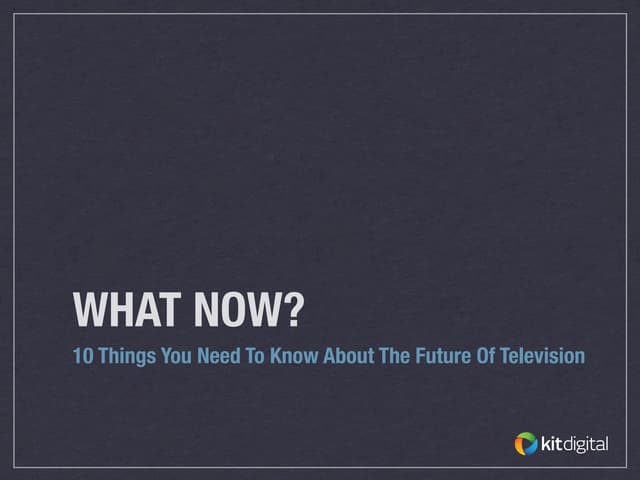 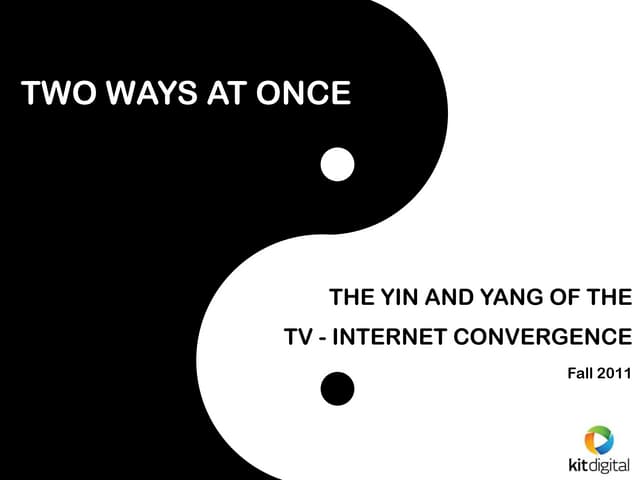 As Global Lead Analyst at KIT digital, one of the world's largest creators of IPTV systems, Alan Wolk has become one of the most influential thought leaders and futurists in the television industry.

His blog, The Toad Stool, is widely read and has become a forum for discussion around the changes coming from Hollywood, Silicon Valley, Redmond, London, New York and beyond.

Wolk has written and spoken extensively about these upcoming changes and provides his insights on an exclusive basis for KIT digital clients around the world. KIT's global presence means that Wolk is frequently exposed to a non-US-centric view of the media industry, giving him an even broader take.

Wolk was also the founder and guiding force behind the Hive Awards for the Unsung Heroes of the Internet, a new award show that debuted at SXSW Interactive in March 2010.

A frequent contributor to Digiday, Silicon Alley Insider and other industry news sites, Wolk’s stature in the digital community has also gotten him named as an Advisory Board member for both Social Media Week and the Second Screen Society

Prior to “seeing the light,” Wolk was a highly successful advertising creative director who spent years at ‘90s hot shop Anderson & Lembke and went on to start up Atmosphere, BBDO’s digital agency, with stints at Ogilvy and JWT along the way. A New York City native and Stuyvesant High School graduate, Wolk currently lives in New Jersey, where he doubles as a Little League and basketball coach.

What Now? 10 Things You Need To Know About The Future of Television

As TV and the Internet hurtle towards convergence, there are more questions than answers, more uncertainty than stability. KIT digital's Global Lead Analyst Alan Wolk offers his take on the future of television based on extensive conversations with industry analysts, top executives and KITs own staffers. PREVIEW: http://www.slideshare.net/AlanWolk/10-things-you-need-to-know-about-the-future-of-television