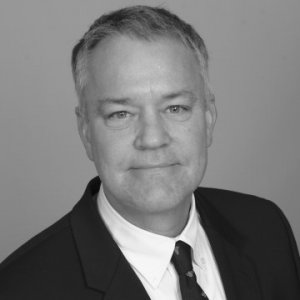 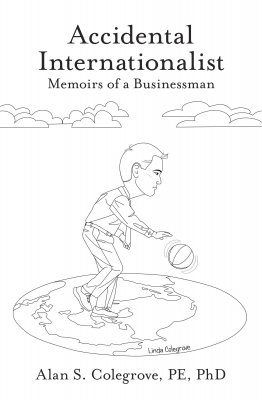 Alan S. Colegrove, PE, PhD, has been in the international arena for over 40 years. After serving seven years as a US Navy fighter pilot, he entered the defense-aerospace industry, spending most of 30 years in international business. He has lived three times overseas, has advanced academic degrees from three continents, and has traveled to over four dozen countries, doing business in about half of them. His experiences include East Asia, the Middle East, and Europe. His doctorate was in an obscure branch of defense economics known as offsets or countertrade. Dr. Colegrove currently resides in Maryland on the Chesapeake Bay with his wife of over 35 years. He has two grown children (who, when younger, lived overseas with him on one of his assignments) and one grandchild.

The speaker has a doctorate in an obscure branch of international trade known as offsets. Associated with this degree are over two decades of experience in various international business transactions and cultures in over a dozen countries.

The speaker flew for seven years as a US Navy Fighter Pilot in the venerable F-4 Phantom. This experience allows him to enliven discussions with sea stories, both serious and humorous.

Book reviews available on both Amazon.com and Barnes and Noble .com; you may also listen to an interview given to a colleague for his school work at the above website on the services page. 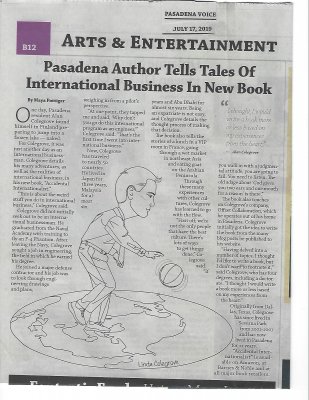 Given three times to date (4/18, 10/18, 5/19) in support of Global Offsets and Countertrade Association. Visit my website, www.offsetcollaboration.com/Services to listen to me on audio.

Current company website with a lot of background information.

Part of this form. I have lots of contacts, but would not call them partnerships.

Training can be tailored to your needs. For a speaking engagement, it can be also tailored to the event setting.

ASEAN Summit Diplomacy: What Profit in Climbing the Mountain?

Journal of Diplomacy and Foreign Relations, Vol. 3, No. 1

A review of the effectiveness of ASEAN as a crisis manager as of 2000.

Kinks in the Armor: A Review of Points from Case Law Applicable to the Engineer in the ‘Government Contractor Defense’

Article on the contractor defense argument for system safety engineers.

Technical article on the need to change a small portion of the look-up table for the NACES ejection seat.