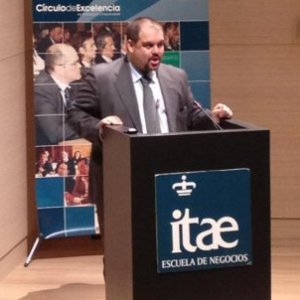 An imaginative Cleantech entrepreneur with a global vision.
Technology and helping others are his passion.

In 1999 with an Associates in Science Degree from Full Sail University and several education awards moved to Miami to design, install and take care of all technical aspects of the world renowned restaurant B.E.D in Miami Beach working as Technical Manager.

In early 2000 he was shown a prototype of an RGB HB LED lighting fixture and right away he envisioned the potential of this new kind of lighting that he applied right away designing and installing the first HB LED lighting system in Miami, FL ( @ B.E.D), that is why some consider him a pioneer in the HB LED lighting industry.
Soon after, he started working on projects for Crobar,Spin, Mint, Opium Gardens, Mansion and collaborated with Barbizon Miami as an LED specialist in several HB LED lighting projects from restaurants and nightclubs to a furniture store and a couple yachts, the M.Y. Pari and Super Yatch M.Y. Octopus. After years of great success in the USA, he moves back to Spain in 2005 with the intention of opening one of the first HB LED lighting companies in this country. After 2 years of preparation and education as an entrepreneur in EOI and IE Business School he wrote a business plan that has been classified among the top 50 in the Eurowards 2006 contest, ranked among the top 20 of the Banespyme-Orange awards (formally known as Premios Neti) and that has been awarded the Premio Bancaja Jovenes Emprendedores.

Donors of US$1,000 or more to the Annual Programs Fund of Rotary international, PolioPlus, or the Humanitarian Grants Program, or people who have that amount contributed in their name, can be recognized as Paul Harris Fellows.