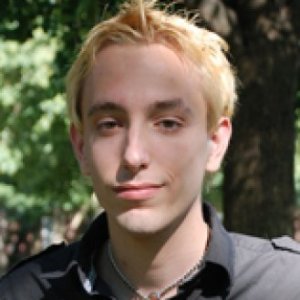 Alex Leavitt is 24 years old and is a PhD researcher at USC's Annenberg School for Communication, where he examines networked technology, social media, and Internet culture. He is a young expert in networked global participation and creativity facilitated by online technology.

Previously, he worked under danah boyd at Microsoft Research and with Henry Jenkins at the Comparative Media Studies department at MIT.

Alex's research has been featured in the New York Times, the Wall Street Journal, CNN, and the Huffington Post. He has also spoken at dozens of functions including notable industry events such as South by Southwest Interactive and Penny Arcade Expo.

Alex is a research fellow at the Futures of Entertainment Consortium at MIT.

Alex is a research fellow at the Annenberg Innovation Lab at the University of Southern California.

It's a Bright Future If You're An Algorithm: The Future of Marketing Is (Not) Data

The hype around data is prescient: we're procuring so much information about the social behaviors of consumers that marketers are practically drowning in it. There are many new avenues for creativity and insight in social databases that also bring new challenges to innovative marketing campaigns. But there's a growing divide in the marketing mindset between deciphering data and telling stories: how much can we really take away from data analysis? And how much should we be sticking to what we alr