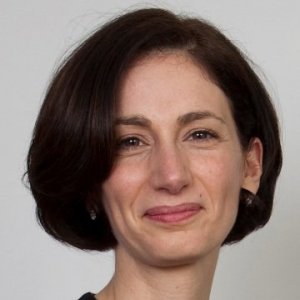 Who should pay for the opioid epidemic? – In latest lawsuit, drug stores say it's the doctors

Alexandra Lahav is an expert in complex litigation, class actions, and mass torts. She is the author of a prize winning book, In Praise of Litigation (Oxford University Press 2017) and popular casebook on civil procedure.

Awarded by the Vanderbilt Law School.

Awarded by the Association of American Law Schools 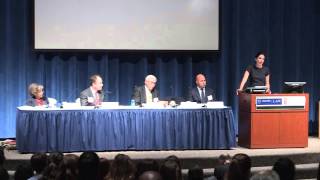 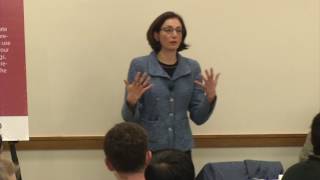 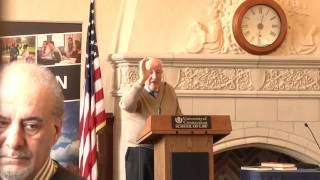 So why is the settlement so innovative? It’s true that some of its key elements have featured in previous mass tort deals. A West Virginia class action alleging that Dupont contaminated drinking water with toxic chemicals relied on a panel of scientific experts to determine threshold causation, as University of Connecticut professor Alexandra Lahav discussed in a just-published study cited in plaintiffs’ motion for preliminary approval. And some huge recent mass tort settlements, such as the BP Deepwater Horizon oil spill case and the NFL concussion litigation, have used the class action vehicle to resolve claims, including, in the NFL case, future claims by plaintiffs whose injuries have not yet manifested.

Alexandra Lahav, a law professor at the University of Connecticut, said J&J’s decision could help the company reduce the amount of punitive damages by jurors in future trials, however, as those awards are frequently driven by jurors’ desire to punish a company’s ongoing conduct.

Alexandra Lahav, a professor at the University of Connecticut School of Law who also follows the case, said the companies may be signaling to Polster that if pharmacists are going to be held responsible for their dispensing activity, they will want to examine the prescribing habits of doctors across the two counties — a seemingly huge task. “This is an illustration of how complex and maybe impossible it may be to prove the underlying claim that Cuyahoga County is trying to prove against these drugstores,” she said. “Are we going to question every time we dispensed a drug over a 20-year period?”

Cuyahoga And Summit Zero In On Next Opioid Defendants: Pharmacies

Meanwhile, it’s still unclear whether states, counties and drug companies can agree to a universal settlement that would lay to rest all of the lawsuits over the opioid crisis. The Sixth U.S. Circuit Court of Appeals has said it will review a proposal to include all cities and counties in the country in a special class that could vote on potential settlements. State attorneys general have opposed the novel plan. “It’s never been tried before, and it would have given them some pretty big leverage to settle with the defendants,” University of Connecticut law professor Alexandra Lahav said, “because they could promise the defendants that everyone was included.”

Described as the most complex litigation ever, the trial will begin to sort out the welter of accusations over the crisis. While six drug companies are defendants in the case, jurors also may hear blame cast widely on doctors, government agencies and perhaps even drug users themselves. The jury’s response will help decide who should bear the cost of one of this century’s worst public health crises. “What’s pushing them to trial is the attempt to reach a settlement in a vacuum and the difficulty of doing that,” said Alexandra Lahav, a professor at the University of Connecticut School of Law who studies mass tort cases like this one.

Your Guide To The Massive (And Massively Complex) Opioid Litigation

"The usual class action — the way it works is you have a class representative and they decide whether it's a good settlement or not. Here we're letting people vote. We have a much bigger input — that's the novel thing here," says Alexandra Lahav, a University of Connecticut law professor. "This is totally uncharted territory," she adds. "There's no model for any of it."

Alexandra Lahav, a professor at the University of Connecticut School of Law, said it’s too early to predict the impact of Balkman’s decision on future cases. “I think it’s important that people remember that this is just Oklahoma law, and it’s a lower court judge,” she said. “It hasn’t been vetted on appeal yet.”

By suing in the county where Bayer’s crop science business is headquartered, plaintiffs can also take advantage of procedural rules allowing them to compel live testimony from executives who work locally. In the California trials, jurors only saw video depositions of Monsanto executives. But Alexandra Lahav, a law professor at the University of Connecticut, said Bayer could simply be using new experts that the company thinks would have a better rapport with the jury and “not necessarily because the experts are local.”

Eyes turn to courts for recompense

“Johnson & Johnson has been, in a bunch of cases, not afraid to litigate,” said Alexandra Lahav, professor at the University of Connecticut School of Law. “This is not the only mass tort they’re dealing with, and they have been pretty aggressive in their litigation strategy,” she said, citing the company’s defense against lawsuits from women who claimed that asbestos in the company’s talc products gave them cancer.

J&J Called a 'Kingpin' in Opioid Case That Could Be a Test for 1,600 More Lawsuits

“Public nuisance claims are somewhat adventuresome,” notes Alexandra Lahav of the University of Connecticut School of Law. “It’s not an area that has been well litigated. So whenever you have a public nuisance claim, you are always striking new ground. That’s more opportunity, but it also means it’s hard to predict for us looking from the outside what this judge is going to do.”

Avoiding the trial with a settlement relieves immediate pressure on Purdue to seek bankruptcy protection, said Alexandra Lahav, a professor at the University of Connecticut School of Law. While the company has not ruled out a bankruptcy filing, it now plans to focus on attempting a settlement with other state and local governments pursuing similar cases, a person familiar with Purdue’s deliberations said.

Bayer AG is stepping up the legal defense of its flagship weedkiller, after a recent verdict in a case alleging the chemical causes cancer sent shares down sharply and raised the prospect of costly plaintiff payouts. "For Bayer, the most important thing is to have a judge say the [plaintiff's] science doesn't hold up," Alexandra Lahav, a law professor at the University of Connecticut, said in reference to the Roundup case.

The drug industry is dishing out millions in grants and donations to organizations in cities, counties and states that have sued the companies over the deadly U.S. opioid epidemic. Alexandra Lahav, a University of Connecticut School of Law professor, said the contributions could be a tactic in settlement talks or discussions with regulators, and while the donations wouldn’t be applied dollar-for-dollar in a settlement agreement, they show goodwill on the part of the company.

Bayer AG unit Monsanto faces long odds on an appeal blaming an “inflamed” jury and “junk science” for a verdict of $289 million in damages to a man who said the company’s Roundup weed killer caused his cancer, according to some legal experts. Monsanto said the plaintiff’s experts should have been excluded because although they mainly cited respected, peer-reviewed studies, they inappropriately cherry-picked results and used unreliable methods to support the position that glysophate causes cancer in humans. But Alexandra Lahav, a law professor at the University of Connecticut, said it was common for experts to rely on the same studies and reach different conclusions to present to a jury during trial.

As climate-change lawsuits against the oil industry mount, Exxon Mobil Corp. is taking a bare-knuckle approach rarely seen in legal disputes: It’s going after the lawyers who are suing it. The company has targeted at least 30 people and organizations, including the attorneys general of New York and Massachusetts, hitting them with suits, threats of suits or demands for sworn depositions.

"A hypothetical situation might be if a city experienced an epidemic of deaths or injuries that resulted from a prevalence of realistic-looking toy guns; think of the recent story of Tamir Rice, a Cleveland child carrying a toy gun who a police officer shot and killed, said Alexandra Lahav, a professor of civil procedure at the University of Connecticut School of Law. In that case, a city might want to bring a suit against the toy gun manufacturer or seller for creating a public nuisance. But under the 2005 law, a city cannot sue a gun company if there is an epidemic of people being injured or killed by their guns."

Law professor Alexandra Lahav of the University of Connecticut, a class action procedure expert, told me that civil rights advocates have been relied on sweeping class action injunctions to challenge state and federal policies since before the modern federal rules of procedure for class actions were adopted in 1966. In fact, according to a post Lahav and three other law profs wrote for the Harvard Law Review last month, the class action rules were drafted with these cases in mind, “to address precisely the scenario where a government policy systematically denies a group of plaintiffs a meaningful opportunity to vindicate their rights.” Due process challenges against government agencies – exactly like the ACLU’s family separation case – have been considered particularly appropriate for sweeping class action treatment, the profs wrote, because “they often raise generic questions about how uniform hearing procedures impact a group of people who depend on them for relief.”

2012 To what extent should procedural law take into account the resources of participants in the legal system? The assumption in the United States is that the legal system does not require symmetry between litigants. Courts take litigants as they find them. There are at least three exceptions to this general rule: the provision of an attorney by the state in certain limited circumstances, fee shifting in the ...

Due Process and the Future of Class Actions

2011 Are class actions unconstitutional? Many people—defendants and conservative legislators, not to mention scholars at the American Enterprise Institute—would like them to be. For opponents of the class action, Martin Redish's book Wholesale Justice* provides some of the most theoretically sophisticated arguments available. The book is a major contribution both to the scholarly literature on class ...

The Case for Trial by Formula

Two Views of the Class Action