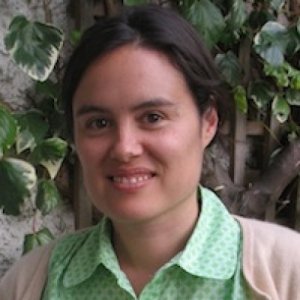 A specialist in nineteenth-century British literature and visual culture, Alexandra Neel joined the Humanities Program at Loyola Marymount University as an Assistant Professor in fall 2009 after serving two years as an Assistant Professor of English Literature at the University of Oregon. She earned her PhD in English Literature from Princeton University in 2007. Her work focuses on the exchanges between illustrated travelogues of polar exploration and literary works, which range from Captain Cook's Second Voyage and Coleridge's Rime of the Ancient Mariner to Scott's Last Expedition and Virginia Woolf's To the Lighthouse. Currently, Neel is working on a book-length project, "Winters Tales: Literary and Photographic Explorations of Antarctica and the Arctic." Her most recent articles focus on Charles Dickens' engagement with slavery in Our Mutual Friend and Mary Shelley's use of the still-life genre in Frankenstein. She teaches upper-division interdisciplinary seminars for the Humanities and Honors Programs and English Department, as well as courses on fiction, the graphic novel, and world literature.

Theories and Histories of Photography

"Photography, Literature, and the Uncanny"

Mosaic: A Journal for the Interdisciplinary Study of Literature

A Forum on Fiction

The Ghost Slavery in Our Mutual Friend

A Something-Nothing out of its Very Contrary’: The Photography of Coleridge

The Photography of Antarctica: Virginia Woolf’s Letters of Discovery

Woolf and the Art of Exploration

“The Photography of Antarctica: Virginia Woolf’s Letters of Discovery.” Woolf and the Art of Exploration. Clemson, SC: Clemson Digital Press, 2006. 203-211.