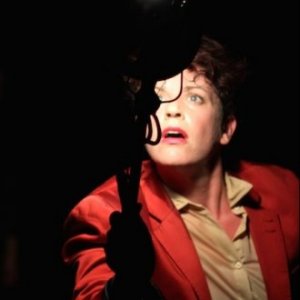 Alexx Shilling is fully committed to the infinite investigation of movement and its potential to tell stories and allow us to remember. Her original choreography and experimental films have been presented nationally and internationally, through residencies at the Millay Colony and Ebenbökhaus / Jewish Museum in Munich, and with generous support from institutions including CCI, Lower Manahattan Cultural Council and CHIME both as Artistic Director of alexx makes dances and ann and alexx make dances (with Ann Robideaux).

Shilling’s interdisciplinary research follows three unique strands: site-located performances that question the potential for transformation, the intersection between the fleeting immediacy of live dance and the preservation of still and moving images on film, and works that steal from artistic heroes as a way of paying tribute while constructing new paradigms.

After 12 years in New York where she created and co-curated the popular BODY BLEND series at Dixon Place with Sara Juli, founding and directing RADIANT PILATES and the RADIANT MOVEMENT Studios in New York City, Alexx relocated to Los Angeles, receiving her MFA in Dance at UCLA's World Arts and Cultures/Dance Department. She continues to work with long-time New York-based collaborators Janusz Jaworski, Ann Robideaux, Richard Rivera (company member, 2002-2010) and Mimi Yin.In Los Angeles, she has been collaborating as a performer with Victoria Marks since 2010 and is currently dancing with Ros Warby, Laurel Tentindo, Sarah Leddy and Rebecca Pappas.