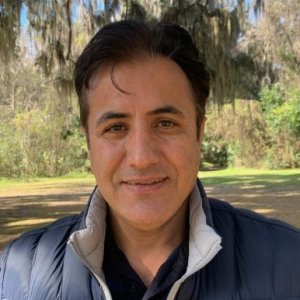 Ali Sarkhosh's research emphasizes addressing the major challenges in fruit crop production and management. Ali also researches the optimization of tree fruit production, cultural practices to optimize fruit size and quality, nutrition management in tree fruit and grapes and rootstock and scion evaluation. He is an assistant professor of horticultural sciences in UF/IFAS.

Around 90% of the grapes grown in the state of Florida are muscadine grapes, but researchers at the University of Florida are working to grow a larger variety to help with wine production.

Grapes grow best in colder climates but researchers are breeding different types of grapes in hopes of making wine in Florida. A University of Florida researcher told WINK News he started working with new muscadine grape varieties a few years ago.

The start of meteorological summer is nearly a month away. And by that time, the harvest season for peaches in North Central Florida comes to an end. And taking care of peach trees in the off-season is just as important as the growing months.

As you bite into a peach, remember farmers are harvesting the fruit this month and next in Florida. Those growers and University of Florida scientists are always concerned about flooding because it can damage peach trees permanently and cause trees to die.

Peach trees are highly susceptible to hypoxic conditions during flooding, which causes oxidative damage in plant cells, resulting in death. Silicon has been reported to improve plants’ performance under abiotic stresses, such as flooding. This study aimed to evaluate the performance of peach rootstock seedlings under hypoxic stress. Seedlings were foliar sprayed with two levels of silicon dioxide nanoparticles and silicon dioxide solution to determine their capacity to mitigate oxidative damage.

Rootstocks are fundamental for peach production, and their architectural root traits determine their performance. Root-system architecture (RSA) analysis is one of the key factors involved in rootstock selection. However, there are few RSA studies on Prunus spp., mostly due to the tedious and time-consuming labor of measuring below-ground roots. A root-phenotyping experiment was developed to analyze the RSA of seedlings from ‘Okinawa’ and ‘Guardian’™ peach rootstocks.

The Southeastern United States is facing agriculture crises, such as the ongoing epidemic of citrus greening disease that has forced the region to begin looking into alternative crops. Some of these belong to the Rosaceae genus Prunus, which encompasses many economically important species such as peaches, almonds, cherries, plums and more. Peach production in Florida has become a very promising alternative to citrus; however, there are different limitations and challenges that peach production faces in this region.

In this study, the effects of nitrate to ammonium ratios on vegetative growth parameters, mineral uptake, physiological and biochemical responses of two semi-vigorous apple rootstocks in hydroponically grown under greenhouse conditions were evaluated. Treatments were five nutrient solutions of differing NO3−:NH4+ ratios as follows (100:0, 80:20, 60:40, 40:60, 20:80) and two apple rootstocks. After 120 days of treatment, parameters were determined. 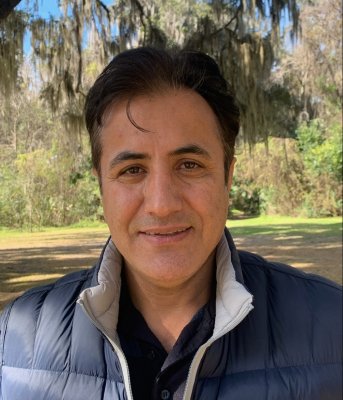