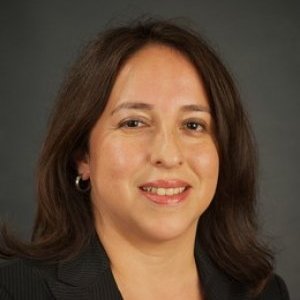 
Dr. Cepeda focuses on the social epidemiology of drug use and the related health risk behaviors affecting urban Mexican-origin populations.

Alice Cepeda is currently an associate professor. She was previously in the Department of Sociology and associate director of the Center for Drug and Social Policy Research at the University of Houston. She received her doctoral degree from the City University of New York, Graduate Center.

Her work has focused on the social epidemiology of drug use and the related health risk behaviors that disproportionately affect urban Mexican-origin minority populations, including violence, HIV/STI infection risks and mental health conditions. Cepeda’s research has also highlighted the unique gendered experiences encountered by females within this cultural context. Her research publications have explored the complex of social determinants, including familial, neighborhood and socio-ecological factors that contribute to drug use and negative social and health outcomes among vulnerable minority populations.

Cepeda has been a recipient of several federal National Institutes of Health grants. She is currently principal investigator and co-investigator, respectively, on two National Institute on Drug Abuse-funded studies: one examining the long-term health consequences of adolescent gang membership and one on the emergence and diffusion of crack use in Mexico City. Cepeda has also been a multiple recipient and scholar of the National Center on Minority Health and Health Disparities Loan Repayment Program.

To reference the work of Alice Cepeda online, we ask that you directly quote their work where possible and attribute it to "Alice Cepeda, a faculty at the USC Suzanne Dworak-Peck School of Social Work” (LINK: https://dworakpeck.usc.edu)

The University of Texas at San Antonio: MS 1999

The University of Texas at San Antonio: BA 1995

Drug Use and Abuse

2018 Objectives: Little research has examined the long-term health consequences of gang affiliation among Mexican Americans. The objectives of this study were to (1) measure biological indicators of cardiovascular and metabolic risk, as well as prevalence of sexually transmitted infections (STIs), in a sample of Mexican American men aged 25-40 who were affiliated with gangs as adolescents and (2) compare those indicators with a comparable national sample of Latino men. Methods: Using bivariate analyses, we compared blood pressure, body mass index, 4 metabolic and cardiovascular indicators, and 4 infections for 179 Mexican American formerly gang-affiliated men in San Antonio, Texas, and 155 Mexican American men from the National Health and Nutrition Examination Survey. We used multivariate models to estimate adjusted risk scores for each sample controlling for age, marital status, and education.

2018 Herpes simplex virus type 2 (HSV-2) is among the most prevalent sexually transmitted infections in the United States. Despite this, there has been limited research on the correlates to HSV-2 among disadvantaged and marginalized women, particularly among Latinas. Data for the present analysis include 125 young adult Mexican-American women enrolled in a longitudinal study in a disadvantaged urban community in San Antonio, Texas. The current rate of tested HSV-2 infection is 56.8%. Our findings suggest strong comorbidity of genital herpes with injecting heroin use, Hepatitis C, sexual violence, incarceration, and mental illness. Contributing to this population's nexus of risk are the low rates of health service utilization among those infected with HSV-2. Integration between behavioral health and primary care, including access to preventative services, are essential for improving the health of Latinas living in disadvantaged neighborhoods.

HIV and STI knowledge, testing, and risk among adult crack users in Mexico city: baseline findings from a feasibility study

2016 Recent research has documented crack cocaine’s increasing spread in Mexico, which is likely to contribute to the rapid transmission of HIV and other sexually transmitted infections (STIs). In Mexico, crack use is increasing most rapidly in vulnerable, hard-to-reach populations, where little is known about risk behaviors. This report aims to present baseline data regarding HIV and STI knowledge and testing prevalence from an innovative projection mapping HIV intervention, in which 3-D illusions, animation, and visual text graphics and sound are projected onto buildings with health messages that were designed to disrupt everyday life and connect with the target population. Fifty-eight men and women who used crack in the past month without receiving drug treatment were recruited and interviewed before the projection mapping intervention took place. Testing instruments included a sociodemographic assessment, drug use and treatment profile, HIV and STI knowledge questionnaires, and a sex and drug risk assessment. The mean scores for respondents on the HIV Knowledge Questionnaire (10.5 out of 18, 58.3%) and STD Knowledge Questionnaire (9.5 out of 27, 35.2%) were both low. Respondents also reported high rates of sexual risk behaviors, with 73% reporting never using a condom and 64% never being tested for HIV. This report provides a portrait of STI and HIV risk among a vulnerable population in Mexico City and the need for urgent interventions to prevent the spread of STIs and HIV. The associated projection mapping intervention will seek to increase HIV and STI knowledge and reduce risk in this hard-to-reach population.

2013 Objective: This study assessed the effectiveness of an adapted Brief Strategic Family Therapy (BSFT) intervention for gang-affiliated Mexican American adolescents and their parents. Methods: A total of 200 adolescents and their family caregivers were randomized to either a treatment or a control condition. Outcomes included adolescent substance use, conflict resolution, gang identification, parent substance use knowledge, gang awareness, family cohesion, child conduct problems and stress...

Drug-scene familiarity and exposure to gang violence among residents in a rural farming community in Baja California, Mexico

2012 Rationale: A growing body of research has revealed disparities with respect to drug use patterns within Latino subgroups. However, the extent to which these potential disparities enable different Latino subgroups to respond favorably to treatment is unclear. Methods: This study analyzed a subset of multicross-sectional data (2006–2009) on Latinos collected from publicly funded facilities in Los Angeles County, CA (N = 12,871)...