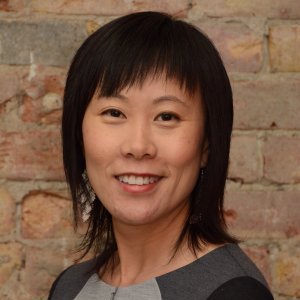 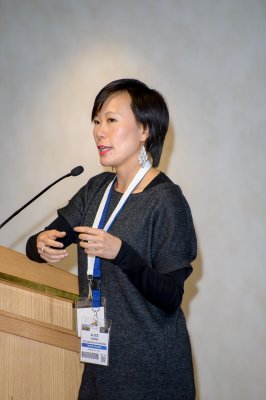 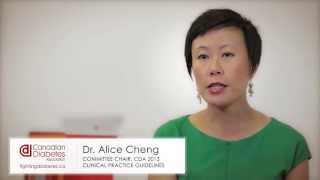 Dr. Alice Cheng is an Endocrinologist at Trillium Health Partners (Credit Valley) in Mississauga and St. Michael’s Hospital in Toronto. She is an Associate Professor at the University of Toronto and is Chair of the 2013 Diabetes Canada Clinical Practice Guidelines.

Bramalea-Gore-Malton MPP Jagmeet Singh and Dr. Alice Cheng, endocrinologist at Credit Valley Hospital, were among those who attended the opening ceremony.

Dr. Alice Cheng, an endocrinologist at St. Michael’s Hospital in Toronto, admits that many patients who arrive at her office experienced symptoms for a long time — [months or even years] — before they were diagnosed. “This was usually not due to misdiagnosis by the health care team but rather a delay in the person presenting to their family doctor,” says Dr. Cheng. “The person thought that his or her symptoms were just due to lack of sleep or anxiety.”

The guidelines, to be released at a news conference on Monday by the Canadian Diabetes Association, are aimed at making it easier to manage the disease in light of new research showing most afflicted do not have it under control, said Dr. Alice Cheng, chair of a 120-member expert committee that created the evidence-based recommendations. “There is clearly a care gap that we are trying to fill here,” said Cheng, who is also an endocrinologist at St. Michael’s Hospital.

Endocrinologist Dr. Alice Cheng from Credit Valley Hospital spoke at the conference and described the complications that can occur over time with high blood glucose levels, such as blindness, heart disease, kidney problems, nerve damage and erectile dysfunction. Fortunately, proper diet, regular exercise, monitoring blood glucose levels and adherence to the right medication regime can minimize the complications of diabetes.

Rates of diabetes are increasing in Canada, and family physicians remain the main point of primary care for people with diabetes. The challenge for physicians in this context is to design realistic treatment plans and negotiate priorities to maximize health benefits for ...

In 2001, the Adult Treatment Panel III of the National Cholesterol Education Program issued recommendations, which were updated in 2004 to reflect knowledge from five major clinical trials completed after 2001. This review discusses the ...

Diabetes mellitus is a chronic disease that is growing in prevalence worldwide. Pharmacologic therapy is often necessary to achieve optimal glycemic control in the management of diabetes. Orally administered antihyperglycemic agents (OHAs) can ...

Case Summaries: A 57-year-old obese white man with type 2 diabetes was treated with pioglitazone 30 mg/day and insulin. He had no prior history of CHF and had an excellent exercise tolerance. Over the first 4 weeks of pioglitazone therapy, the patient experienced ...

Type 2 diabetes mellitus is a complex chronic disease with a prevalence that is increasing at an alarming rate worldwide. Although treatment of diabetes to avoid complications is essential, prevention of this disease would provide even greater benefit for the individual ...