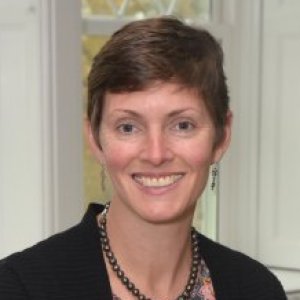 
Alison Carson is interested in the process of culture change and culture learning, particularly acculturation and immigration.

Alison S. Carson is a professor in the Department of Psychology. She has been a member of the department since 2003. She is a cultural psychologist and teaches courses in her area of expertise such as Psychology and Culture, Psychology of Identity; and Advanced Seminar in Cultural Psychology. She also teaches other core courses in the Psychology Department such as Fundamentals in Psychology. Prof. Carson received her training as a cultural psychologist and completed her doctoral degree from Boston College in 2000, and a B.A. from Franklin and Marshall College in 1995. Prof. Carson's dissertation research investigated conceptions of fairness comparing an urban and rural community in the Philippines. She is interested in the process of culture change and culture learning, particularly in the context of acculturation and immigration. Most recently, Prof. Carson has been examining the process of culture learning as it occurs within an ePortfolio community of practice. She has also been the director of the ePortfolio Initiative at Manhattanville.

Communities of Practice and Situated Learning

Alison Carson, Associate Provost for Academic Innovation and Design Thinking at Manhattanville and the director of the new center explained Design Thinking. "Design thinking is a systematic and creative approach that supports the development of solutions to complex problems," said Carson. "There is an emphasis on process that encourages the development of several mindsets including curiosity and discovery, empathy, a growth mindset, grit, willingness to take risks, collaboration, creativity, a recognition of learning from failure, and many other characteristics that we know are beneficial outcomes for career preparedness, and life in general."

ePortfolio as a Catalyst for Change in Teaching: An Autoethnographic Examination of Transformation The International Journal of ePortfolio

In this autoethnographic study, the authors/subjects examined retrospective reflections (narratives) on their experiences within an ePortfolio community of practice to help them understand the conditions that led to transformations in their teaching. The theoretical framework of situated learning and cognitive mediation was used to explore this process of transformation and explain how participation in a community of practice might lead to such change. We argue that ePortfolio itself is imbued with specific meaning, which provides potential users with opportunities to connect with its pedagogical potential. Enticed by this potential, individuals are drawn into a community of practice and their understanding of the tools and practices associated with that community becomes increasingly more complex as they become more deeply integrated into the community. As participants move from being newcomers to full participants in the community, their understanding of the tool is mediated by their engagement and practice with it. This engagement and practice leads to greater competence and has specific effects on the individuals' notions of membership and identity within the community of practice. We argue that this framework provides a unique way of understanding how transformation can occur, specifically for faculty and their teaching.

Distributive justice pertains to choices that individuals make in allocating resources to themselves and others. The present study, based on data obtained from Filipino and American fifth graders, investigated the similarities and differences in resource distribution in the context of two hypothetical scenarios. The scenarios made salient the norms of merit and need. It was found that although both the Filipino and U.S. children generally preferred to divide the resource equally, they offered quite different explanations for their choices. U.S. children focused on the equal performance of the characters in the scenarios, whereas the Filipino children tended to be more concerned with the interpersonal and emotional consequences of an unequal distribution. Furthermore, U.S. children favored merit-based distributions as their second choice, whereas Filipino children showed a preference for need-based distributions in their second choices. Whereas concern for harmony in interpersonal relationships guided equality- and need-based distributions in the Philippines, an emphasis on performance guided equality- and merit-based distributions in the United States. The findings were examined also in terms of the cultural orientations of individualism and collectivism in the United States and the Philippines, respectively.