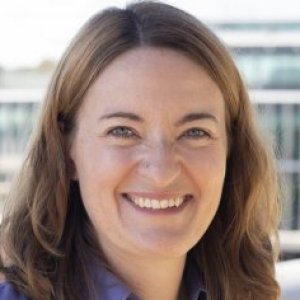 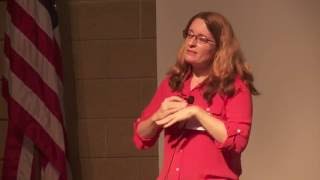 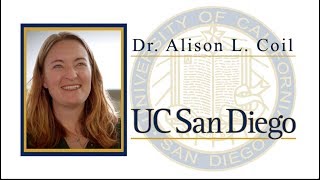 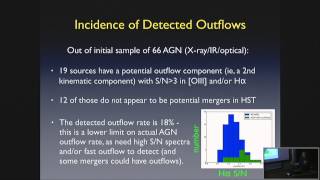 Observational astrophysics, with a focus on galaxy evolution, observational cosmology, and large-scale structure.

University of California at Berkeley: Ph.D. 2004

Professor Alison Coil comments on a recent study that unearths evidence of racial bias in biology and a combination of gender and racial bias in physics.

ALISON COIL, astrophysicist, UC San Diego, will visit the Keck Observatory telescopes at the summit of Maunakea, Hawaii to map emissions from galaxies that have growing supermassive black holes at their centers...

Commentary | What the SpaceX launch was missing

If Elon Musk can put a Tesla in space, it begs the question: Why on Earth can he not hire more women and minorities? The SpaceX Falcon Heavy launch was stunning. Watching the twin boosters land side by side with reverse thrusters precisely guiding them to the ground was awe-inspiring. It was unexpectedly moving to hear “Starman” while watching a mannequin chill in a Tesla Roadster far above the planet...

Earlier this Summer Google engineer James Damore posted a treatise about gender differences on an internal company message board and was subsequently fired. The memo ignited a firestorm of debate about sex discrimination in Silicon Valley; this followed months of reporting on accusations of harassment at Uber and elsewhere. Sex discrimination and harassment in tech, and in science more broadly, is a major reason why women leave the field. Nationally, there has long been handwringing about why women are underrepresented in STEM (science, technology, engineering, and math), which has led to calls for increased mentoring, better family leave policies, and workshops designed to teach women how to negotiate like men...

A massive, quiescent, population II galaxy at a redshift of 2.1

2016 Unlike spiral galaxies such as the Milky Way, the majority of the stars in massive elliptical galaxies were formed in a short period early in the history of the Universe. The duration of this formation period can be measured using the ratio of magnesium to iron abundance ([Mg/Fe]) in spectra, which reflects the relative enrichment by core-collapse and type Ia supernovae. For local galaxies, [Mg/Fe] probes the combined formation history of all stars currently in the galaxy, including younger and metal-poor stars that were added during late-time mergers5. Therefore, to directly constrain the initial star-formation period, we must study galaxies at earlier epochs. The most distant galaxy for which [Mg/Fe] had previously been measured6 is at a redshift of z ≈ 1.4, with [Mg/Fe] = . A slightly earlier epoch (z ≈ 1.6) was probed by combining the spectra of 24 massive quiescent galaxies, yielding an average [Mg/Fe] = 0.31 ± 0.12 (ref. 7). However, the relatively low signal-to-noise ratio of the data and the use of index analysis techniques for both of these studies resulted in measurement errors that are too large to allow us to form strong conclusions. Deeper spectra at even earlier epochs in combination with analysis techniques based on full spectral fitting are required to precisely measure the abundance pattern shortly after the major star-forming phase (z > 2). Here we report a measurement of [Mg/Fe] for a massive quiescent galaxy at a redshift of z = 2.1, when the Universe was three billion years old. With [Mg/Fe] = 0.59 ± 0.11, this galaxy is the most Mg-enhanced massive galaxy found so far, having twice the Mg enhancement of similar-mass galaxies today. The abundance pattern of the galaxy is consistent with enrichment exclusively by core-collapse supernovae and with a star-formation timescale of 0.1 to 0.5 billion years—characteristics that are similar to population II stars in the Milky Way. With an average past star-formation rate of 600 to 3,000 solar masses per year, this galaxy was among the most vigorous star-forming galaxies in the Universe.

The Large-Scale Structure of the Universe

2013 Galaxies are not uniformly distributed in space. On large scales, the Universe displays coherent structure, with galaxies residing in groups and clusters on scales of ∼ 1–3 h − 1 Mpc, which lie at the intersections of long filaments of galaxies that are > 10 h − 1 Mpc in length. Vast regions of relatively empty space, known as voids, contain very few galaxies and span the volume in between these structures. This observed large-scale structure depends both on cosmological parameters and on the formation and evolution of galaxies. Using the two-point correlation function, one can trace the dependence of large-scale structure on galaxy properties, such as luminosity, color, stellar mass, and track its evolution with redshift. Comparison of the observed galaxy clustering signatures with dark matter simulations allows one to model and understand the clustering of galaxies and their formation and evolution within their parent dark matter halos. Clustering measurements can determine the parent dark matter halo mass of a given galaxy population, connect observed galaxy populations at different epochs, and constrain cosmological parameters and galaxy evolution models. This chapter describes the methods used to measure the two-point correlation function in both redshift and real space, presents the current results of how the clustering amplitude depends on various galaxy properties, and discusses quantitative measurements of the structures of voids and filaments. The interpretation of these results with current theoretical models is also presented.

The DEEP3 Galaxy Redshift Survey: the impact of environment on the size evolution of massive early-type galaxies at intermediate redshift

2012 Using data drawn from the DEEP2 and DEEP3 Galaxy Redshift Surveys, we investigate the relationship between the environment and the structure of galaxies residing on the red sequence at intermediate redshift. Within the massive (10 < log10(M★/h−2 M⊙) < 11) early-type population at 0.4 < z < 1.2, we find a significant correlation between local galaxy overdensity (or environment) and galaxy size, such that early-type systems in higher density regions tend to have larger effective radii (by ∼0.5 h−1 kpc or 25 per cent larger) than their counterparts of equal stellar mass and Sérsic index in lower density environments. This observed size–density relation is consistent with a model of galaxy formation in which the evolution of early-type systems at z < 2 is accelerated in high-density environments such as groups and clusters and in which dry, minor mergers (versus mechanisms such as quasar feedback) play a central role in the structural evolution of the massive, early-type galaxy population.

Autocorrelations of stellar light and mass at z∼ 0 and ∼1: from SDSS to DEEP2

2011 We present measurements of projected autocorrelation functions wp(rp) for the stellar mass of galaxies and for their light in the U, B and V bands, using data from the third data release of the DEEP2 Galaxy Redshift Survey and the final data release of the Sloan Digital Sky Survey (SDSS). We investigate the clustering bias of stellar mass and light by comparing these to projected autocorrelations of dark matter estimated from the Millennium Simulations (MS) at z= 1 and 0.07, the median redshifts of our galaxy samples. All of the autocorrelation and bias functions show systematic trends with spatial scale and waveband which are impressively similar at the two redshifts. This shows that the well-established environmental dependence of stellar populations in the local Universe is already in place at z= 1. The recent MS-based galaxy formation simulation of Guo et al. reproduces the scale-dependent clustering of luminosity to an accuracy better than 30 per cent in all bands and at both redshifts, but substantially overpredicts mass autocorrelations at separations below about 2 Mpc. Further comparison of the shapes of our stellar mass bias functions with those predicted by the model suggests that both the SDSS and DEEP2 data prefer a fluctuation amplitude of σ8∼ 0.8 rather than the σ8= 0.9 assumed by the MS.

Tracing the filamentary structure of the galaxy distribution at z ∼ 0.8

2010 We study filamentary structure in the galaxy distribution at z∼ 0.8 using data from the Deep Extragalactic Evolutionary Probe 2 (DEEP2) Redshift Survey and its evolution to z∼ 0.1 using data from the Sloan Digital Sky Survey (SDSS). We trace individual filaments for both surveys using the Smoothed Hessian Major Axis Filament Finder, an algorithm which employs the Hessian matrix of the galaxy density field to trace the filamentary structures in the distribution of galaxies. We extract 33 subsamples from the SDSS data with a geometry similar to that of DEEP2. We find that the filament length distribution has not significantly changed since z∼ 0.8, as predicted in a previous study using a Λ cold dark matter cosmological N-body simulation. However, the filament width distribution, which is sensitive to the non-linear growth of structure, broadens and shifts to smaller widths for smoothing length-scales of 5–10 h−1 Mpc from z∼ 0.8 to 0.1, in accord with N-body simulations.