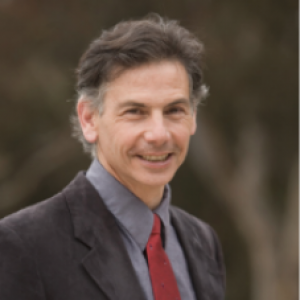 
The Department of Theatre and Dance chair, Allan Havis is a playwright and novelist, and researches American cult cinema

Lily Padilla makes plays about sex, intersectional communities and what it means to heal in a violent world. They just received their MFA from the University of California San Diego, where they were mentored by Naomi Iizuka, Deborah Stein, Allan Havis and Kim Rubinstein.

Waters composed the music, Allan Havis wrote the libretto and Rodolfo Giron is the featured singer. By design, the different sections in "St. Francis De Los Barrios" cover a range of styles not usually heard in an opera.

In 1998, playwrights Bernardo Solano and Allan Havis interviewed over 200 residents of San Diego, Tijuana, and Mexicali asking a simple question, "Would we be better off with or without a wall between the two countries?" The result is this prescient futuristic fantasy.

Allan Havis, provost of Thurgood Marshall College, seconds that sentiment and is proud to call Avery an alumnus. “James represents the best attributes of our college in his stellar achievements as an artist, as a social activist and Navy veteran, and as a philanthropist helping younger generations of college students in the performing arts,” said Havis...

Black was introduced by Provost Allan Havis, a friend and classmate of Black 35 years ago at Yale—where the comic earned a master of fine arts degree...