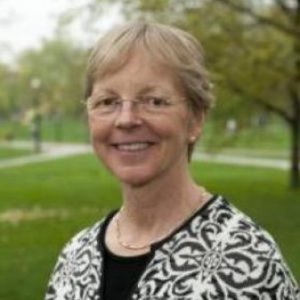 Professor I Department of Evolution, Ecology and Organismal Biology | The Ohio State University


Allison Snow is a professor of evolution, ecology and organismal biology at Ohio State University.

“Using a different technology to get the same type of herbicide resistance in a crop plant would not matter in my opinion,” says Allison Snow, a plant ecologist at the Ohio State University. “What matters is whether glyphosate use and dosage increases over time and what effect this has on selection for weeds that become resistant to increasing dosages of this herbicide.”

“People are going to have a hard time deciding if it’s safe to introduce gene drive into a wild population,” biologist Allison Snow of the Ohio State University told an earlier meeting of the scientific advisory panel convened by the National Academy of Sciences, which provides scientific advice to the government. “You can’t always predict from a laboratory experiment what will happen in nature.”...

Once And Future Nut: How Genetic Engineering May Bring Back Chestnuts

Allison Snow, a plant population biologist at Ohio State University, says it's harder to evaluate GMO trees for possible ecological risks than crops because trees aren't domesticated and live for decades. "In the case of a very rare species like the American chestnut, I can't think of ecological problems that might come up because of transgenic blight resistance," Snow tells The Salt in an email. "It seems unlikely that these trees could become invasive or harmful to other species. But I would like to see published studies showing that these assumptions are correct."...

Since then, few rigorous studies of transgene flow into Mexican maize have been published, owing mainly to a dearth of research funding, and they show mixed results. In 2003–04, Allison Snow, a plant ecologist at Ohio State University in Columbus, sampled 870 plants taken from 125 fields in Oaxaca and found no transgenic sequences in maize seeds...

Genetically Modified Crop on the Loose and Evolving in U.S. Midwest

This is not the first transgenic crop to escape into the wild in the U.S.; herbicide-resistant turf grass being tested in Oregon spread as well in 2006. And GM canola is not a regulated plant, "therefore no protocols are required by the regulatory agencies to reduce or prevent escape," notes ecologist Allison Snow of The Ohio State University. "The next question is: 'So what?' What difference does it make if the feral canola or any species that hybridize with it have two transgenes for herbicide resistance?"...

“Our next question is whether this method of enhancing plant growth could be developed for any crop. We want to know whether growers could get higher yields in the crop and then, if it happened to cross with a related weed, whether it might make the weed more prolific as well,” said Allison Snow, professor of evolution, ecology and organismal biology at The Ohio State University and a lead author of the paper. “It’s unusual for any transgene to have such a positive effect on a wild relative and even more so for herbicide resistance,” she said. “But we think we know why: It’s probably because the pathway regulated by this gene is so important to the plant.”...

A critical baseline concern is whether genetically engineered algae would be able to survive in the wild, said Allison Snow, professor of evolution, ecology and organismal biology at Ohio State University and lead author of the paper. “If they’re grown in big, open ponds, which is mainly what were talking about, could the newer types of microalgae get out into nature and mingle? We need to know if they can survive and whether they can hybridize or evolve to become more prolific when they get out of a controlled environment,” Snow said...

After analyzing tens of thousands of seeds from maize crops grown in 2003 and 2004, researchers from Mexico and the United States found no evidence of transgenes in these indigenous varieties. The finding surprised the researchers, said Allison Snow, a professor of evolution, ecology and organismal biology at Ohio State University . She helped lead the study that appears online this week in the Early Edition of the Proceedings of the National Academy of Sciences...

"Genetically engineered organisms can play a very positive role in environmental management globally," said Allison Snow, the lead author of the report and a professor of evolution, ecology and organismal Biology at Ohio State University. "But the deliberate or inadvertent release of GEOs could also spell ecological trouble under some circumstances." Snow and her colleagues gathered current scientific data on the state of GEOs, from viruses and other microorganisms to plants to animals...

I study microevolutionary processes in plant populations, with an emphasis on breeding systems, pollination ecology, and conservation biology. My graduate students and I work on a variety of basic questions, many of which deal with how specific reproductive traits affect fitness components in the field. Most recently, my research focuses on the applied question of how gene flow from cultivated species affects the evolutionary ecology of weedy relatives, for example in sunflower, squash, radish, rice, sorghum, and oilseed rape. We combine studies of introgression and hybrid fitness with ecological studies of how genetically engineered traits such as insect resistance influence the fecundity, abundance, and distribution of weedy species. The overall goal of this research is to determine whether crop-to-wild gene flow can lead to rapid evolution in weeds, perhaps allowing them to become more invasive due to beneficial traits from the crop. I also work with federal agencies on risk assessment and policy issues regarding transgenic crops.