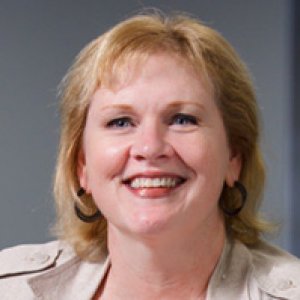 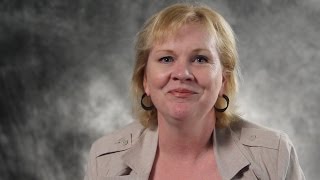 Linguistic diversity of one of Canada’s greatest and most undervalued assets, according to linguistic expert Allyson Eamer, PhD, an Associate Professor in the Faculty of Education. She is making strides to ensure educators and community leaders recognize multilingualism as a resource, rather than a deficit starting in elementary schools. Dr. Eamer was instrumental in launching UOIT’s new ESL school, which opened in January 2017 and established a framework for other post-secondary institutions to follow her lead.

Devoted to improving the educational experience for marginalized populations, particularly those with cultural or language barriers to thriving in post-secondary education; her latest research examines the challenges they face in successfully completing their studies and aims to ensure better support systems are put in place at Canadian universities. Another area of her research focuses on developing best practices to support the educational goals of immigrant and indigenous populations with mental illness at psychiatric facilities across Canada.

She is also working tirelessly to revitalize First Nations and indigenous languages in Canada. She collaborated on the development of the Glendon Truth and Reconciliation Declaration on Indigenous Language Policy which calls on the federal government to officially recognize Aboriginal language rights, and enact those rights, as well as establish a federal Aboriginal Language Commissioner, in consultation with Aboriginal language groups.

In 2013, Dr. Eamer was named a Fellow of the Nantucket Project for her role in enabling indigenous elders to teach their languages online in the Plains Cree and Dene Nations. Her research is referenced in a high-profile bibliography of recommended reading by world-renowned linguist Dr. Tove Skutnabb-Kangas. Passionate about mentoring language teachers, Dr. Eamer is also developing online courses to improve English skills among teachers and learners in other countries.

Bilingualism/Multilingualism in Families, Schools and Communities

English as a Second Language Education

Fellow of The Nantucket Project (professional)

The Nantucket Project (September 22 - 25, 2016) celebrates the richness of the human experience through storytelling. Our films, speakers and performers explore the human imagination, creativity, thought-leadership, business values and social change.

Going high tech in the fight to save languages

Dr. Allyson Eamer describes how technology is being used in the battle to preserve aboriginal languages.

A UOIT professor has a plan in place to help First Nations languages stay alive. “I have always thought it was terribly sad for a language to disappear,” said Dr. Allyson Eamer, a professor in the University of Ontario Institute of Technology’s faculty of education...

Loving and leaving mother: The passing of Chester Nez

Earlier this month, a significant chapter in indigenous history came to a close with the death of 93-year-old Chester Nez in Albuquerque, New Mexico (Jan. 23, 1921 – June 4, 2014). Chester was not the name given to him as an infant by his Navajo parents. He no longer remembered that name. Chester was the name given to him at the boarding school where he learned that speaking Navajo was a bad and traitorous thing to do.

Increasing Literacies Through Supported Education and Policies of Inclusion

Dr. Eamer’s role in this five-year, collaborative research project focuses on establishing best practices for supporting the educational goals of inpatients and outpatients with mental illness. Specifically, she is examining the experiences of indigenous and immigrant people who are being treated for mental illness and how their educational goals and needs are being met within the supported education program.

Diversities of Resilience: Understanding the Strategies for Success Used by Underrepresented Students in Canadian Universities

As a collaborator on this three-year research project, Dr. Eamer is exploring the support systems available to underserviced and at-risk students (including immigrant and indigenous populations, as well as marginalized people with disabilities) at Canadian post-secondary institutions, as well as the challenges and barriers faced in completing their studies. She aims to help shape policy by improving educational supports for marginalized populations.

Social and Cultural Contexts of Education

EDUC 2400U, 2nd Year Undergraduate Course
Most recently Dr. Eamer taught this as a field course in São Paulo, Brazil. A video can be viewed at https://youtu.be/GXZwjYy2nUs.

This qualitative study explores the reflexive relationships among mental illness, acculturation, and progress toward English proficiency in five adult immigrants being treated at a Canadian psychiatric hospital. The research explores the additional challenges faced by mentally ill individuals when learning a new language and the extent to which English language acquisition may be impeded by factors related to mental illness. Semistructured ethnographic interviews are conducted with the patients. Data analysis is accomplished through grounded theory methods, specifically data-driven and theory-driven coding. The English language acquisition experiences of these five individuals are contrasted with second-language acquisition theory to suggest that the effects of the theoretical language learning advantages possessed by this group may have been diminished by factors related to mental illness. Policy recommendations are made to address this additional set of challenges for immigrants with psychiatric disorders.

In this paper, we share the findings of this research that examines how seventy-seven 11-12 year old students explored, negotiated and presented their bi-cultural identities while using a social networking site with their peers and teachers, and how this process contributed to the creation of a strong community of practice.

This book explores theories and pedagogies in the L2 classroom that have led to an understanding of how non-native languages are taught and learned. Featuring a diverse set of perspectives from researchers and language educators from around the globe, this book highlights important theoretical and practical underpinnings of the L2 classroom—discussions on what has worked and why.

This paper is an exploration of the reflexive relationships between language teaching, social justice and online networking. The overlapping objectives among these three pursuits are considered in the argument for the use of videoconferencing technology in virtual language classrooms for the purpose of revitalizing fossilized languages (in diasporic communities) and endangered languages (in aboriginal communities).