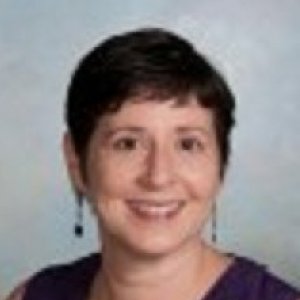 
Dr. Poska is an internationally known expert on the history of women in early modern Europe and colonial Latin America. 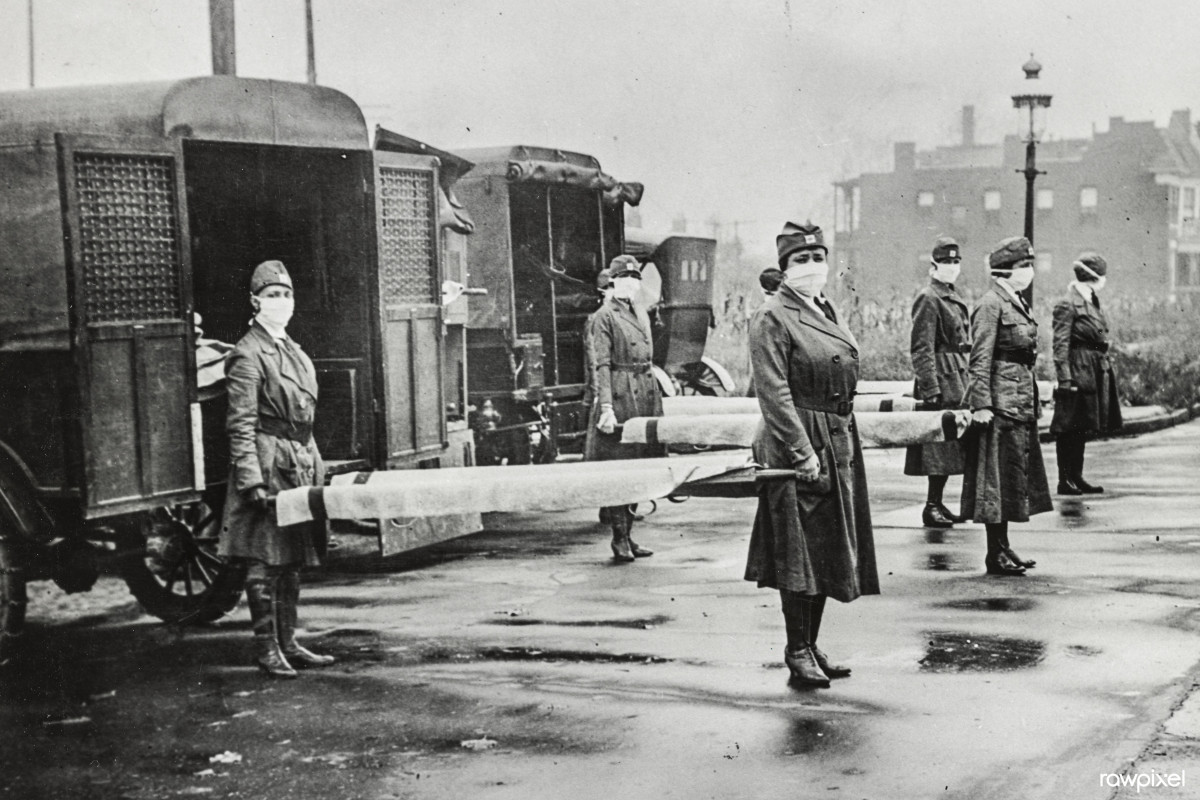 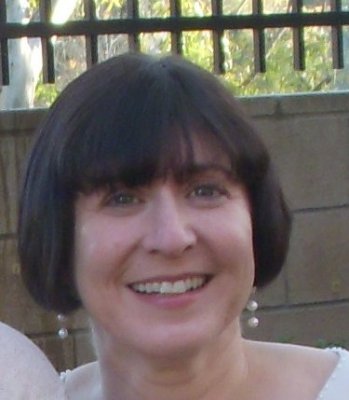 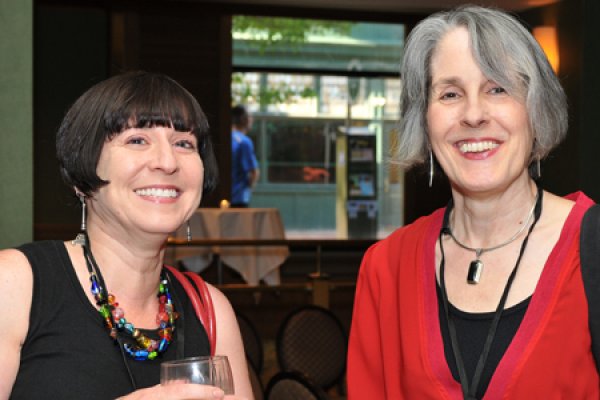 Allyson M. Poska is Professor of History at the University of Mary Washington in Fredericksburg, Virginia and the author of four books, including Gendered Crossings: Women and Migration in the Spanish Empire (New Mexico, 2016), winner of the 2017 best book prize from the Society for the Study of Early Modern Women and Women and Authority in Early Modern Spain: The Peasants of Galicia (Oxford, 2005), winner of the 2006 Roland H. Bainton Prize. I am coeditor of Early Modern Women: An Interdisciplinary Journal (with Bernadette Andrea and Julie Campbell). My work has been funded by grants from the National Endowment for the Humanities (2000 and 2019), the Council of American Overseas Research Centers (2018), the American Council of Learned Societies (2007 and 2018), and the American Philosophical Society (2018).

Fellowship from the National Endowment for the Humanities (professional)

Granted for a project on women in northern Spain

Her book Women and Authority in Early Modern Spain was awarded the Roland H. Bainton Prize as the best book in early modern history in 2006.

Grant from the American Council of Learned Societies (professional)

Received for a project on transatlantic migration.

Allyson Poska, professor of history and program chair of Women's and Gender Studies, has published a new book, "Gendered Crossings: Women and Migration in the Spanish Empire" (University of New Mexico Press, 2016).

The Centers for Disease Control invited Allyson Poska to share her research on what worked and what didn't to spread the smallpox vaccine.

Rapid-Response Grants on Covid-19 and the Social Sciences Recipients

Allyson M. Poska, University of Mary Washington professor of history, recently won the 2016 best book prize from the Society for the Study of Early Modern Women for “Gendered Crossings: Women and Migration in the Spanish Empire.”

"These are people who plan to come and make their settlement just like Spain," says historian Allyson Poska of the University of Mary Washington in Virginia. "They dug in their heels and said, 'I'm only going to eat what I know,' just like a lot of people. And they paid the price."...

Allyson M. Poska, professor of history and program chair of women’s and gender studies, will give a presentation for the annual Lansdowne Lectures at the University of Victoria on Thursday, Jan. 30. The lecture, History, the Humanities, and the Promise of Possibilities, discusses the humanities as the foundation of intellectual innovation...

I was an international affairs major and didn’t even consider a career in history until I handed one of my history professors my law school recommendation forms. He and I had done an independent study together and were working on a potential publication. Working on the project was so exciting. He was enthusiastic and the material was cool. I learned that there was a whole world of thrilling ideas out there. He suggested that I not go to law school, but that I become a historian. It was like the clouds opening up and the angels singing! In deciding to go to graduate school, I came to understand that history is the tool that I use to understand the world and that it is always exciting to think about learning more. I changed my mind that instant and never regretted a moment. I can’t imagine doing anything else. 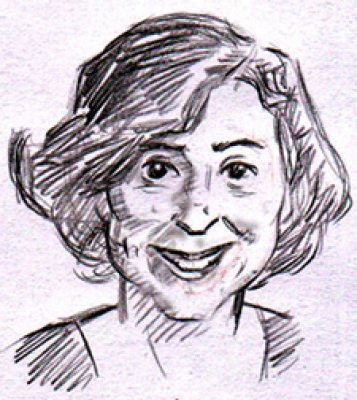 My new project examines the role of race and gender in the responses to the Spanish Crown’s vaccination campaign on the peninsula and the Royal Philanthropic Expedition that carried vaccination around the globe. This project has been funded by the American Philosophical Society, an American Council of Learned Societies Project Development Grant, and a CAORC NEH Senior Fellowship.

2021 ABSTRACT: At the beginning of the nineteenth century, the Spanish Crown extended the use of cowpox as a vaccine against smallpox to its subjects around the globe. As the first global public health initiative, the smallpox vaccination campaign presents a prime opportunity to reconsider the global early modern through an analysis of the relationship between the global imperial structures through which the vaccine was conveyed and the varied local responses to vaccination. In fact, the vaccination campaign prompted a complex and dynamic interchange between the global and the local over issues as diverse as the relationship between subject and king, hierarchies of medical knowledge and authority, and expectations about maternity and motherhood.

2018 ABSTRACT: We have reached a critical moment in the historiography on early modern women, as the deeply researched and considered scholarship has slowly chipped away any notion of the all-encompassing influence of early modern patriarchy. In recent years, most scholars have argued for some level of women's agency, asserting that, although patriarchy was a powerful force in early modern women's lives, in this case, this woman or these women successfully resisted patriarchal expectations and/or institutions. In addition, other scholars have worked to redefine and reassess patriarchy.

Restoring Miranda: gender and the limits of European patriarchy in the early modern Atlantic world

2012 ABSTRACT: Atlantic history has become fashionable as a way of linking the histories of Europe and the Americas. However, much work in Atlantic history does little to challenge the national biases of traditional colonial and imperial history. This article argues that gender provides an important conceptual tool for a trans-imperial and comparative exploration, just as it provided important conceptual structures for all the peoples of the Atlantic world. An examination of the research on two gendered issues – work, and family and sexuality – demonstrates that while Europeans attempted to impose their ideas on the various societies that they encountered in Africa and the Americas, such attempts were rarely successful.

Babies on Board: Women, Children and Imperial Policy in the Spanish Empire

2010 ABSTRACT: From 1778 to 1784, in an attempt to colonise Patagonia, the Spanish Crown transported more than 1,900 peasants from northern Spain to the Río de la Plata. Based on Enlightenment ideas about economy and society, the Crown used the colonisation scheme to assert control over some of its most marginal subjects. In the hope of transforming these peasants from poverty-stricken burdens on society into filial agents of empire, the Crown invested heavily in the health and wellbeing of the colonising mothers and children, and clearly established the monarchy as a benevolently powerful paternal authority.

2004 ABSTRACT: For decades, scholars have emphasized the importance of female chastity in early modern Spanish society. Early modern thinkers enthusiastically promoted the notion in their works, Mediterranean anthropologists formulated a cultural model around female chastity through their studies, and early modern historians followed suit in their examinations of the Catholic Reformation. However, this analysis of recent works on gender and the extensive demographic literature on early modern Spain reveals that there is little evidence that female chastity was a priority for most Spaniards. Instead, demography, economy, class, and the influence of regional cultures may have had more of an impact on the development of sexual mores than any overarching cultural program.

2000 ABSTRACT: Demographic studies indicate that elderly women were a prominent part of early modern rural society. Particularly in northwestern Spain, where partible inheritance left women in control of significant property, older women played a critical role in determining not only their own elder care but intergenerational relationships and family economies as well. An examination of retirement contracts from the region of Galicia in northwestern Spain indicates that peasant women used their familial authority and wealth to ensure that they and their families would be properly cared for as they aged.

When Love Goes Wrong: Getting out of Marriage in Seventeenth-Century Spain

1996 ABSTRACT: In order to assert greater control over its parishioners, the Catholic Reformation Church in the wake of the Council of Trent (147-1563) attempted to bring relationships, especially those involving sexual relations, under its purview. This process involved the redefinition of marriage rituals, especially in terms of premarital sexual relations and the legitimization of marriage promises by a priest. The Council also strongly reiterated Church doctrine concerning the indissolubility of the sacrament of marriage. However, parishioners often proved to have little enthusiasm for such ecclesiastical regulation.