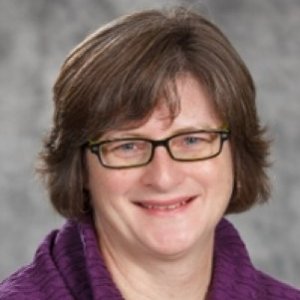 
Developing pathways to a positive educational experience for underrepresented students

Vulnerable populations, including at-risk students and those living with mental illness, face significant barriers to being productive and successful members of society. Without education and skills, many people end up living in poverty and in poor health, which strains the economy.

Alyson E. King, PhD, Assistant Professor, and Program Director of Community Development and Policy Studies in the Faculty of Social Science and Humanities, examines how supported education can improve opportunities for vulnerable populations. Her research focuses on the experiences of underrepresented university students and adults living with mental illness, and she is developing ways to bolster the learning environment and create engaging learning opportunities.

Not everyone fits into the ‘cookie cutter’ model of education, and too often, vocation is its focus. For youth and adults who might not normally attend post-secondary education, understanding what students have done to be successful in spite of socio-economic and health barriers is key to opening new opportunities. Dr. King also believes greater emphasis must be placed on education that improves the quality of life and community integration for people with mental illness. Through her research, she is advocating for an improved understanding of how students of all ages and backgrounds can develop the skills, independence and hope necessary for a bright future as contributing members of society. Her other research has examined graphic novels and multiliteracies, what it means to be Canadian, and how the Canadian identity is perceived among adults and children.

History repeats itself as Dr. King’s inspiration comes from her father’s keen interest in the subject. During her Bachelor of Arts in Canadian History & International Relations at U of T, she began focusing on the absence of women’s history during the WWII era and beyond. She completed her Master of Arts (on 19th century women teachers in Ontario) and her Doctorate in the History of Education (on the experiences of women students in Ontario universities from 1900-1930) at U of T’s OISE.

Literacy in the Knowledge Economy

The OWHN is a not-for-profit organization, affiliated with the Ontario Historical Society. Its aim is to encourage the preservation, production, and dissemination of women's history in Ontario, with a special emphasis on the teaching and study of that history. A director of the OWHN since 2008, Dr. King served as Vice-President in 2010 and President from 2011 to 2013.

University of Toronto, Ontario Institute for Studies in Education: MA, History of Education 1993

Is Knowledge Power? An Exploration of an Historical Normative Framework for Literacy Policy, Adult Education and the Economy in Canadian Communities

Helping them Help Themselves: A Case Study of OSSEP

The Economy and Beyond: The Benefits of Lifelong Literacy

Jobs, Professions or Knowledge? Creating a New University in a Time of Political and Economic Conservatism

Diversities of Resilience: Understanding the Strategies for Success Used by Underrepresented Students in Canadian Universities

As principal investigator of this collaborative two-year project with researchers from UOIT, Mount Saint Vincent University, the University of Winnipeg, and the University of the Fraser Valley, Dr. King's team will examine how underrepresented post-secondary students from across Canada are able to be successful in persisting to graduation.

Increasing Literacies Through Supported Education and Policies of Inclusion

Dr. King is a co-investigator on this five-year research project with UOIT faculty to examine supported education programs for adults at psychiatric hospitals across Canada.

Dr. King is principal investigator on this collaborative research project with UOIT faculty which strives to understand the prevailing facilitative factors (both structural and individual) that help immigrant visible minority university students to succeed.

This applied research project aims to develop new resources and tools for UOIT’s academic integrity website; to create learning modules, quizzes, teaching assignments and activities, and case studies to assist in teaching the fundamentals of academic integrity at UOIT.

Dr. King is co-investigator of this two-year research project with UOIT faculty involving a case study of the Ontario Shores Centre for Mental Health Sciences, in Whitby, Ontario. The aim is to understand the social, economic and political implications of low literacy skills for people living with mental illness.

The ways in which a new university, the University of Ontario Institute of Technology (UOIT), was represented in local, regional, and national newspapers highlight the difficulties of identity creation for organizations. Drawing on theories of organizational identity and supplemented by interviews with UOIT’s founding members, a qualitative analysis of newspaper articles about UOIT published between 2001 and 2004 demonstrates that the words and phrases used in these articles played an important role in establishing an image of UOIT that continues to impact its identity. These news reports also illustrate the complex relationships that existed between UOIT and its geographical, educational, and political contexts. Although UOIT was founded as a four-year baccalaureate degree-granting university, it was linked with its well-established neighbour, Durham College, with which it shared land and services. As a result, UOIT was viewed by some as no more than a “community college with ivory tower pretensions.”

There has been much written on what constitutes a Canadian identity, with no consensus or conclusion. I take a social constructivist perspective that what it means to be Canadian is something that is continuously evolving, and changes depending on geographic place, historical era, and personal background. In the case of Kayak magazine, adults, mainly men, are interpreting what it means to be Canadian and communicating that idea in ways that those adults believe will appeal to children. What is not known is how the child readers are interpreting and responding to that portrayal of Canada and Canadian identity. With a target audience of children aged 7 to 12 years, Deborah Morrison, President of Canada’s National History Society and publisher of The Beaver: Canada’s History Magazine, argues that Kayak is intended to speak “with the voice of the next generation and [be] unabashedly Canadian” (28); however, what constitutes being Canadian is not elaborated upon.

In a first-year, university-level communication course that examined issues of race, ethnicity, postcolonialism, diaspora, and coming-of-age using different points of view and modes of communication, students created graphic novel-style auto-ethnographies to reflect on their experiences with diaspora and identity creation. The assignment was an experiment in the use of a different pedagogical tool that pushed participants to move beyond the parameters of the traditional academic literacy afforded by a research essay. The themes of diaspora and coming-of-age were intended to speak to as many of the students as possible. For some, the two themes coincided, since several students were forced to grow up quickly when they immigrated to Canada as children or teens alone or with family. For instructors, these diverse experiences form the often invisible backdrop to any classroom.

From the “Damsel in Distress” to Girls' Games and Beyond: Gender and Children's Gaming IGI Global

In this chapter of the book Gender Considerations and Influence in the Digital Media and Gaming Industry, the authors critically assess the gendered nature of the products developed by the computer gaming industry. The chapter takes a historiographical approach to examining the nature of children's video and computer games as a type of toy that immerses children into current gender stereotypes even as they hold the potential for social change. New ways of bridging the gap between stereotypes and change is explored through a virtual world for children.

In Ontario, job growth and economic prosperity have been linked to the knowledge-based economy (KBE), which is looked to as a panacea that will ultimately benefit the majority of the population. We argue, however, that there are a select few who are KBE “winners” and far more KBE “losers.” Literacy (or multiliteracies), defined broadly to include print, digital and visual literacies, and numeracy, is a major factor in the ability of individuals to access the labour market and the KBE in a truly meaningful way. The need for labour market relevant literacy training policies, and the connection of literacy to the history of systemic privilege, power and labour market accessibility has been well identified by research but are not part of accepted policy practice. This research, along with the policy disconnect, are the focus of this paper.