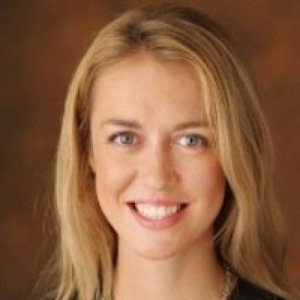 
Expert in gender and politics, with a focus on the impact of women legislators and candidates and public perception of women leaders. 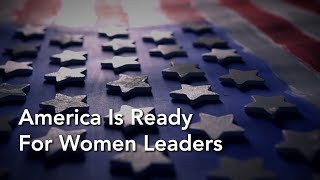 Amanda Clayton's research concerns political institutions, representation, and public policy, with a focus on gender and politics. Using a variety of cases and methodological approaches, her current research examines how quotas for women in politics mediate the representative process. This agenda includes measuring the effects of electoral gender quotas across a range of potential outcomes, including public attitudes and behavior towards female leaders, MP plenary behavior, and policy outcomes and legislative priorities. Clayton has served as a research and policy consultant for the World Bank and research institutes in the US and Africa.

She could take the lead managing the coronavirus pandemic. Health care is an issue on which women politicians tend to devote more attention than do men. U.S. congresswomen are more likely than U.S. congressmen to talk about health care in congressional debates by a large margin. Around the world, countries with more women in office tend to spend more on public health, and many female leaders have been praised for their coronavirus responses in their countries (New Zealand, Germany, Finland). Given that health care is an issue that women tend to ‘own,’ giving Harris a leading role here may give Americans some needed confidence in our national response.”

Amanda Clayton, a Vanderbilt University political science professor with a specialty in gender and politics, agrees. "Nothing is sticking – no nickname Trump has for him. He's a folksy old white man, and that's what people are used to seeing in politics," Clayton says of Biden. "So they go back to their playbook of demonizing people of color or women."

Kamala Harris and the ‘Double Bind’ of Racism and Sexism

This is “the classic double bind,” said Amanda Clayton, a political scientist at Vanderbilt University. “Women can either be seen as leaders or they can be seen as feminine, and the two don’t go together.”

‘She May Very Well Hold the Key to Biden’s Win’

‘The Democratic presidential ticket will not be shared by two white men for the foreseeable future’ Amanda Clayton is an assistant professor of political science and Vanderbilt. Biden’s pick is historic. Choosing a Black woman to join him in the White House sends a powerful message of respect and appreciation to the Democratic Party’s staunchest and most reliable supporter voters—Black women. Black women are the Democratic base, and for the first time they will be represented on a major presidential ticket.

In an email, Amanda Clayton, a professor of political science at Vanderbilt, described the political transformation of women starting in the 1960s: "When women did not work, they would often assume the political preferences of their husbands. When women didn’t have access to income they held more socially conservative views in part because they wanted to protect the sanctity of their marriages and shore up against the possibility of divorce lest they be left without a breadwinner."

The Senate Should Not Confirm Kavanaugh

Judicial temperament is one of the most important qualities of a judge. As the Congressional Research Service explains, a judge requires “a personality that is even-handed, unbiased, impartial, courteous yet firm, and dedicated to a process, not a result.” The concern for judicial temperament dates back to our founding; in Federalist 78, titled “Judges as Guardians of the Constitution,” Alexander Hamilton expressed the need for “the integrity and moderation of the judiciary.”

Research highlighted in a recent Los Angeles Times op-ed by political scientist Diana O’Brien and her colleagues, Amanda Clayton at Vanderbilt University and Jennifer Piscopo at Occidental College, studied how Americans view decisions made by an all-male panel or a gender-balanced one. In experiments, they had people read a fictitious newspaper article about a state legislative committee considering sexual harassment policies. Some were told the panel was eight men; others were told the panel was split evenly between men and women.

Will 2018’s ‘pink wave’ of female candidates make it in Congress? Almost certainly. Here’s how.

Articles about the “pink wave” — the record number of women who have entered midterm congressional races — are appearing regularly in top media outlets. And as this month’s primaries in Pennsylvania suggest, female candidates are winning. As Danny Hayes has noted here at TMC, when women run in larger numbers, they win in larger numbers. This year appears set to repeat 1992’s “Year of the Woman” — but with an even larger leap in women’s representation.

Last month, the White House released a photo of a meeting with lawmakers discussing the proposed health insurance bill — showing 25 white men and not a single woman in the room. That was so even though the bill would have cut such services as reproductive health, maternal health, and breast and cervical cancer screening.

(How) Do Voters Discriminate Against Women Candidates? Experimental and Qualitative Evidence From Malawi

2019 How do voters evaluate women candidates in places where traditional gender norms are strong? We conduct a survey experiment in Malawi to assess both whether citizens discriminate against women candidates and how other salient candidate characteristics—political experience, family status, policy focus, and gendered kinship practices—interact with candidate gender to affect citizen support.

2019 Over the last fifty years, gender quotas have transformed the composition of national legislatures worldwide. But a lack of systematic cross-national longitudinal data limits the questions researchers are able to ask about quotas. This article introduces a new dataset—QAROT (Quota Adoption and Reform Over Time)—the first global dataset on gender quota adoption, implementation, and reform over time.

2018 What does women's presence in political decision‐making bodies signal to citizens? Do these signals differ based on the body's policy decisions? And do women and men respond to women's presence similarly? Though scholars have demonstrated the substantive and symbolic benefits of women's representation, little work has examined how women's presence affects citizens' perceptions of democratic legitimacy.

In Whose Interest? Gender and Mass–Elite Priority Congruence in Sub-Saharan Africa

2018 Do men and women representatives hold different legislative priorities? Do these priorities align with citizens who share their gender? Whereas substantive representation theorists suggest legislators’ priorities should align with their cogender constituents, Downsian-based theories suggest no role for gender. We test these differing expectations through a new originally collected survey data set of more than 800 parliamentarians and data from more than 19,000 citizens from 17 sub-Saharan African countries.

How women’s incumbency affects future elections: Evidence from a policy experiment in Lesotho

2018 How do women incumbents affect women’s future electoral success? Using causal evidence from a government-initiated policy experiment in Lesotho, in which districts reserved for women village councilors were first randomized and then withdrawn, we find that women win more frequently in previously reserved areas after the policy’s removal.