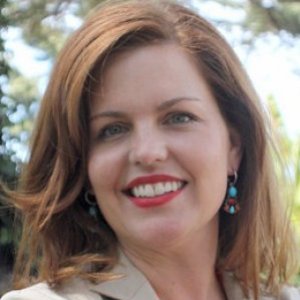 Amanda Gibson joined the adjunct faculty in 2014, teaching courses in domestic violence. She began her clinical career at Good Shepherd Shelter, serving there from 2001 to 2006 while attending the USC School of Social Work, and recently returned to that organization as its executive director.

Gibson gained her clinical hours in the UC Davis Department of Pediatrics Child Abuse Assessment Treatment Center as a mental health therapist. She was trained in Parent-Child Interaction Therapy and Trauma-Focused Cognitive Behavioral Therapy. From there she went on to the Center for AIDS Research, Education and Services (CARES), where she served as Behavioral Health Director after successfully building the organization’s outreach department. Under her direction, CARES led a community-wide effort to end HIV in the Sacramento region, started an STD/HIV testing clinic, and obtained SAMSHA and CDC funding.

Just prior to returning to Good Shepherd, Gibson served as supervisor of the Psychiatric Response Team for Sutter Health, one of the nation’s leading community-based, not-for-profit health care networks of hospitals, physician organizations, home health and hospice agencies.

Her early years at Good Shepherd Shelter laid the foundation for Gibson’s career in working with abused and neglected children. Under her leadership, the shelter has begun to increase the number of families served per year, received City of Los Angeles Domestic Abuse Response Team funding and incorporated trauma-informed education throughout the program.