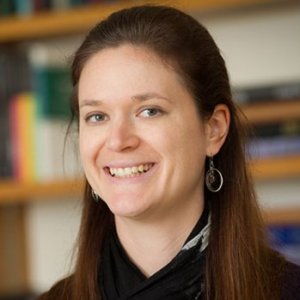 
Griffith's research focuses on the economics of higher education.

Economics professor Amanda Griffith’s research focuses on the economics of higher education. In particular, on students’ choices of type of college and major, and how this affects their labor market outcomes. She also studies how institutional policies, such as financial aid and institutional spending, can affect the distribution and success of students enrolled at a college or university.

Her most recent study, "The Effect of Institutional Expenditures on Employment Outcomes and Earnings," showed that, for colleges and universities looking for the most return on investment, spending on faculty salaries and student services make it significantly more likely that a graduate will not only gain full-time employment, but also land a job that closely matches their skill set formed in college.

Additional research includes work in mathematical economics in learning what groups have different guessing and risk-taking behaviors and how these play out in arenas such as the standardized test setting and whether or not a person chooses to get a flu shot.

Griffith has recently been awarded an NSF grant to study how students’ peers and role models, both from the student and faculty populations within each major, can affect students’ choice of major. 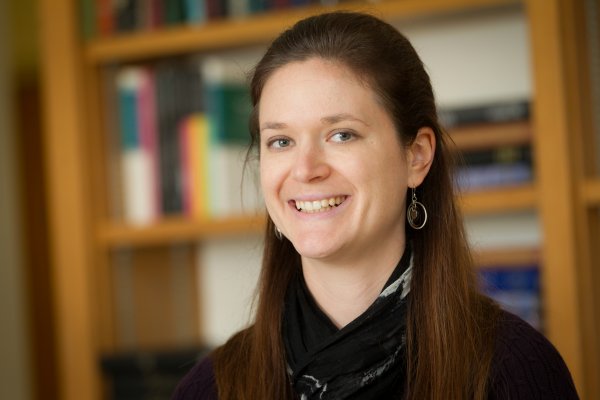 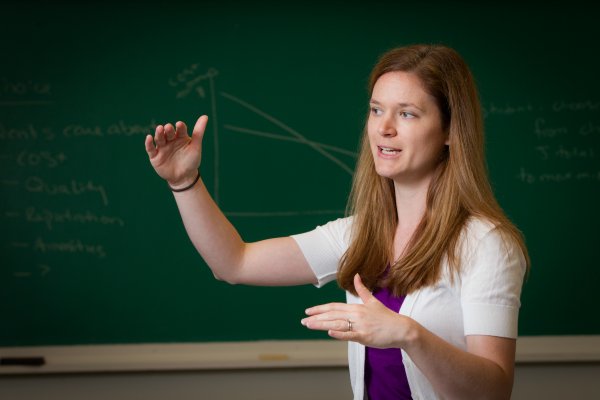 Wake Forest University announced Tuesday that it has appointed Olga Pierrakos as founding chairwoman of the new Department of Engineering in Wake Downtown.

The case for better faculty pay

Our results point to the importance of high-quality faculty, as well as the importance of other educational student services, suggesting that the increased spending in these areas over the past decade or so is in fact benefiting students rather than wasting their tuition dollars,” Griffith said.

As elite colleges and universities continue to invest billions in academic and non-academic amenities, a new study finds that what students say they want in a college doesn't always jell with which school they choose.

Universities and colleges may be competing to build such perks as climbing walls and fancy dormitories, but the “arms race” over residence halls, food services, and fitness centers is having little effect on college applicants’ choices, new research shows.

Taking the sting out of college tuition

"Offering a merit-based scholarship where maybe that student is not eligible for need-based financial aid could entice them to come to your school instead of a different institution where they'd have to pay the full sticker price," says Amanda Griffith. She adds that colleges want to attract a variety of students, including those whose families make too much to be eligible for financial aid. They want the drum majors, the debate stars, the artsy types.

Researchers at Wake Forest have been studying why some people get flu shots and others don’t, using unusual methodology: online gaming. Amanda Griffith, a researcher with the study, found an increase in self-protective measures when more players were infected with the flu, a fact she said most likely means the spread of information is important during an epidemic. “People really care about the prevalence around them,” she said. “It seems to really affect their behavior.”

U.S. News college rankings: not the only way to judge schools

College rankings “do have an impact on where students choose to go to college.… [But] just going to the best-ranked school that you got into might not be the best choice for you individually,” says Amanda Griffith, who has researched the college-selection process.

A few dozen of the most selective colleges offer financial assistance only for need, an arrangement they deem more equitable. But then, those schools can attract top students without merit aid, said Amanda Griffith.

What if you're bad at math?

Research has shown that the highest returns in wage premiums go to students who major in engineering, science or business. In times of expansion and technological advances, these fields also grow the quickest. However, someone who decides to major in science solely because of the wage premium may not have the skills to take advantage of it.

Are Ivy League diplomas still worth the price of admission?

"Research suggests that educational expenditures and peer quality are related to future success in the labor market," adds Griffith. "Students that graduate from top institutions can expect higher average salaries." Ivy League students might also be getting a bonus. "Students at higher tuition schools often receive significant funding from university endowments and alumni," Griffith says. "As a result, students will get a salary benefit by not having to pay the full cost of their education."