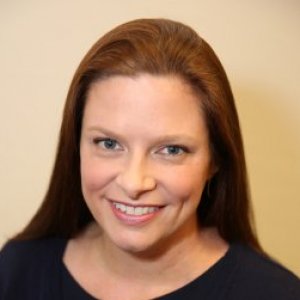 Amanda Phalin has expertise in international economic and political issues, as well as the use of technology in higher education. She is available to speak about trade and tariffs, global economic activity and political issues that may affect the U.S. and worldwide economy. Amanda’s research covers several areas, including gender issues in international business and economics; educational technology, pedagogy and outcomes, and intellectual property rights, particularly in the green sector. She is fluent in French and well-versed in French and European politics and current events.

The economy is experiencing something not seen in decades, economist says

You’d be forgiven for thinking the economy has been sending mixed messages recently, with stellar jobs reports rolling out of Washington – and more dollars rolling out at payments at the grocery store due to inflation.

University of Florida economist Dr. Amanda Phalin said the U.S. economy grew a solid 6.4% in the first three months of the year, up 4.3% in the fourth quarter. These improvements come as more people get vaccinated and get comfortable with their new normal.

9 Successful and High-Powered Women in the Biden Administration

Dr. Amanda J. Phalin, economist and lecturer at the Warrington College of Business at the University of Florida, believes representation in the government matters for two main reasons: “First, it's important for young women to be able to see themselves in the people leading our country,” Phalin said. Secondly, Phalin added, “Diverse membership makes teams better. The empirical evidence on this is clear. You get more ideas, and more scrutiny of those ideas from various viewpoints so that ultimately, better ideas come to the fore. And these various viewpoints are key: Oftentimes, policymakers don't consider a program's impact on underrepresented minority groups—or that a program might even impact these groups at all.”

Larry Summers Is Still Worth Ignoring

Amanda Phalin, economist at the UF Warrington College of Business, is puzzled by Summers’s fears of inflation. “Scolds have predicted inflation for well more than a decade, and it has not appeared, even with the historically low unemployment before the pandemic,” Phalin informed me in an e-mail. “There are no indications that we’re going anywhere above the usual 2% that signals steady aggregate demand. And if we did, so what? The downside risk to not doing enough is far greater, in my opinion. Moreover, if inflation appears, it’s relatively easy to control—not pretty, not fun, but we do not run the risk of hyperinflation.”

“If the burden of childcare were divided more equally between partners and more and more affordable childcare options were available,” said Dr. Amanda Phalin, a lecturer at the University of Florida’s Warrington College of Business, “women would be better situated to work in a wider range of occupations.” Having children can cause significant disruption to a woman’s career, harming her earning potential. The wage penalty for motherhood can be 10% or more of her earnings per child, according to one study. “Women will often take time off, sometimes years, to raise children, setting back their experience relative to male colleagues,” said Phalin.

A deadly combination: COVID-19 and college football's effects on the city

Amanda Phalin, Ph.D., a lecturer in UF’s Warrington College of Business, explained how the pandemic will exacerbate the effects of limited football on the local economy. “College football programs don’t have long-term positive economic impacts on local economies,” Phalin said. This is because of the substitution effect, she said. “That means that there are different ways that consumers can spend their money,” Phalin said. 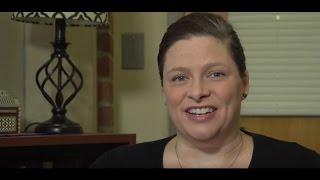