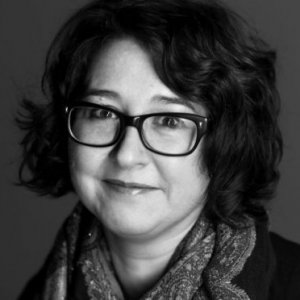 
Professor Crawford is a veteran political reporter, literary journalist, and expert in journalism ethics and misinformation. 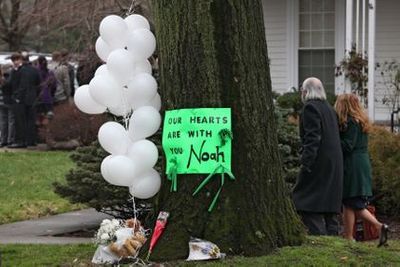 Amanda J. Crawford is a veteran political reporter and literary journalist who joined the faculty of the University of Connecticut in 2018.

Prof. Crawford’s research areas include journalism ethics, media law, misinformation, and the role of journalists in a democracy. As an investigative reporter and creative nonfiction writer, Prof. Crawford’s work explores the intersection of literature and reportage.

A 2020-21 fellow at the UConn Humanities Institute, Prof. Crawford is writing her first book about the fight against misinformation after the mass shooting at Sandy Hook Elementary School in Newtown, Connecticut, in 2012. She was awarded a SCHARP award from the university in 2019 in support of this project. She serves on the national board of directors of the Journalism & Women Symposium and is a research affiliate of the UConn ARMS Center and the Rockefeller Institute’s Regional Gun Violence Research Consortium.

Prior to coming to UConn, Prof. Crawford held faculty appointments in the School of Journalism & Broadcasting at Western Kentucky University (assistant professor, 2014-18) and the Walter Cronkite School of Journalism & Mass Communication at Arizona State University (lecturer, 2008-10). She worked as a reporter for Bloomberg News, The Arizona Republic, The Baltimore Sun and People Magazine. Her work has been published by many other publications including Businessweek, National Geographic, The Chronicle of Higher Education, Talking Points Memo, Nieman Journalism Lab, The Miami Herald, The Hartford Courant, Ms. Magazine, Huffington Post, Phoenix Magazine and High Times. She has also published in literary journals including Creative Nonfiction, Hippocampus Magazine and Full Grown People. Prof. Crawford was a 2007 finalist for the national Livingston Award for Young Journalists and has won numerous regional journalism and FOI awards. In 2018, she was nominated for a Pushcart Prize in nonfiction.

Prof. Crawford holds a Master of Mass Communication degree from Arizona State University. She earned her bachelor’s degree from the University of Maryland, where she studied journalism and creative writing and was named the Outstanding News-Editorial Graduate. Raised in Appalachian Maryland, Prof. Crawford was the first person in her family to attend college and wants to help other first-generation college students and those from underrepresented communities succeed in academia. 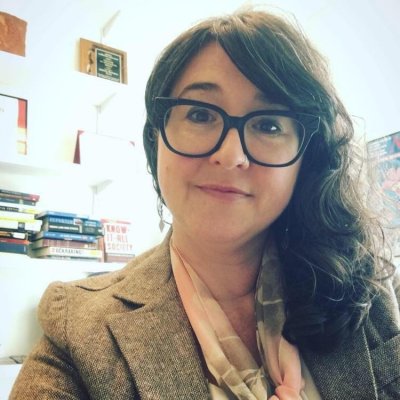 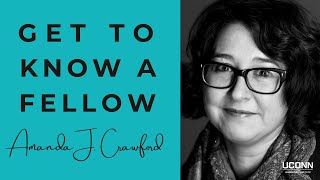 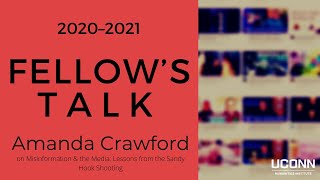 The default judgment is good for the families, Crawford said. It means they don’t actually have to prove liability, just the extent of the damage Jones caused. But that also means the discourse is limited. “If you're looking at this as a case that is important in our current moment, about how do we deal with misinformation through the institutions that exist, from an academic perspective it’s somewhat disappointing that we don't get to have a trial that deals with the merits of this case,” she said.

Mass shootings and misinformation (and the media's role)

PODCAST: The future of news

With Russia waging war in Ukraine, statewide political campaigns heating up, and Congressional mid-term elections soon to follow, there is a lot of news to consume. But who do we trust to tell it the way it is? And how is the news business faring in today’s resource-starved journalism landscape? CT Mirror Executive Editor Elizabeth Hamilton, former Hartford Courant Political Reporter Daniela Altimari, and UConn Assistant Journalism Professor Amanda Crawford join John Dankosky to tackle these and other questions about The Future of News.

Crawford said that people are more apt to believe something that confirms their notion of how the world works. For this reason, people who are distrustful of the vaccine or the government can find those ideas confirmed in niche Facebook groups. Then the next ideas presented also become more “palatable.” “These communities can really be significant vectors of misinformation because they start out with that level of trust,” Crawford said.

In a ruling that conspiracy theorist and media personality Alex Jones says shows, “Tyranny is now here in America,” a Connecticut Superior Court judge has sided with the families that brought against a defamation lawsuit against Jones without the case going to trial. The suit stems from claims Jones made but has no retracted Sandy Hook School shootings in 2012 did not really happen.

How newsrooms and J-schools are redefining 'objective' coverage

Where We Live  online

How can journalists address issues of trust and representation in order to better serve their audiences? Some newsrooms and journalism schools are addressing how the idea of objectivity or neutrality has been misapplied. Hear from Poynter's Director of Training & Diversity Doris Truong and UConn Professor Amanda Crawford. Plus, Southern California Public Radio's Chief Content Officer Kristen Muller and Newmark J-School student Abē Levine spotlight their success with the engagement journalism model.

Professor Amanda Crawford talks misinformation and the ‘attack on democracy itself’

On Feb. 3, University of Connecticut professor of journalism Amanda Crawford gave a talk titled Misinformation & The Media: Lessons from the Sandy Hook Shooting.

One family’s epic fight against Sandy Hook conspiracies, Alex Jones, and those who deny their son ever lived

Veronique Pozner's panic was a bird, beating its wings inside her chest. “Sandy Hook Elementary School,” another oncology nurse read aloud from the treatment room television. “Isn’t that where your kids go?” It was December 14, 2012. A Friday. Sophia was in second grade. The twins, Arielle and Noah, were in first. Veronique couldn’t tell what was happening. One of her patients shouted: “You’ve got to go!”

Sarah Palin, The New York Times and the Limits of Political Messaging

When the U.S. Supreme Court unanimously overturned a judgment against The New York Times almost 60 years ago and established a higher standard of proof for public officials in libel cases, it did so because it recognized the importance of having “uninhibited, robust and wide-open” debate on issues of public concern. L.B. Sullivan, a Montgomery, Alabama commissioner, claimed he was defamed by errors in an advertisement by civil rights activists that the Times printed in 1960. But erroneous statements are “inevitable in free debate” and worthy of First Amendment protections, the court said. And at the time, there was probably no issue that demanded uninhibited scrutiny more than state-sanctioned violence against peaceful protestors standing up against bigotry and segregation in the South. Sullivan, who helped oversee Montgomery’s police force, was a part of that.

Americans had to confront a new reality when an angry mob attacked the U.S. Capitol on Jan. 6, 2021: Some of their fellow citizens were in the grips of a false reality and had resorted to violence to support it. Conspiracy theories about the 2020 presidential election and the strange alternate universe of QAnon helped drive the attack, which has prompted concerns about further domestic upheaval. In the year since, a flurry of studies and analyses have tried to gauge the American appetite for conspiracy theories and the likelihood of more violence – even civil war. As someone who has studied the conspiracy theories that followed the December 2012 mass shooting at Sandy Hook Elementary School, I keep revisiting a May 2013 poll about gun control that found widespread doubts about that shooting and shockingly high support for armed rebellion.

How conspiracy theories in the US became more personal, more cruel and more mainstream after the Sandy Hook shootings

The Professor of Denial

James H. Fetzer leans back in his chair, folds his arms over his gut, tucks his chin into his thick neck, and furrows his bushy eyebrows in what seems a cultivated pose of ponderment. He has shaggy white hair and is dressed in academic sloppy-chic: tweed blazer with elbow patches; wrinkled, red polo shirt; baggy, cuffed khakis; and boxy, white New Balance sneakers. His rimless, rectangular spectacles serve mostly as a prop that he takes on and off to accentuate his mood. At almost 79, the retired philosophy professor has the waddling gait of a stocky man starting to shrink with advancing years. But here in a Wisconsin courtroom in October, Fetzer is every bit the tempestuous man he was in the classroom: animated, bellicose, and unflaggingly confident in his intellectual superiority.