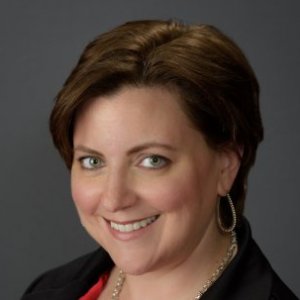 
Amanda Grannas, PhD in an expert in the study of snow and ice photochemistry, and the fate of organic pollutants in the Arctic. 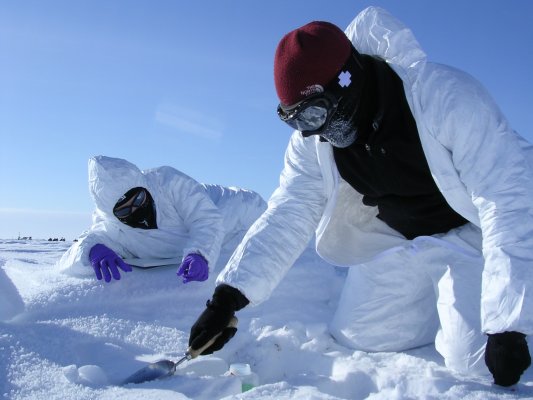 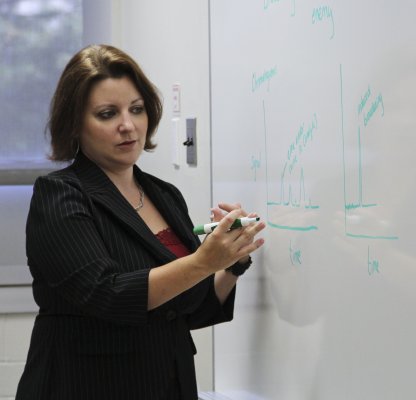 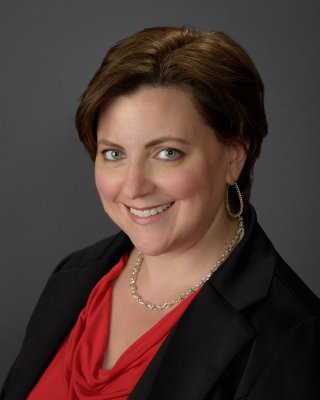 Dr. Grannas has a diverse range of expertise and her recent research projects include the study of snow and ice photochemistry, the fate of organic pollutants in the Arctic, and the development of advanced analytical techniques used to study ice cores. She is a prominent and internationally known expert in snow chemistry and has participated in a number of field campaigns in both the Canadian and Alaskan Arctic and has included a number of Villanova students in her fieldwork.

Dr. Grannas has established a thriving research group focused on environmental and atmospheric chemistry and has mentored over 40 research students. She has a diverse range of expertise, and her recent projects include the study of snow and ice photochemistry, the fate of pharmaceutical and personal care products in local watersheds, and the development of advanced analytical techniques used to study ice cores. Below is an overview of Dr. Grannas' recent grants and publications.

Awarded by the Camille and Henry Dreyfus Foundation in 2013.

Award for Excellence in Undergraduate Teaching

Honored for Excellence in Undergraduate Teaching from the American Chemical Society (Philadelphia Section) in 2014.

Received the Toyota Tapestry Award for Excellence in Science Education in 2007.

I am the daughter of a former Pennsylvania coal miner. I am also a scientist and an active atmospheric chemist who has enjoyed relatively clean air in an era after the Clean Air Act was enacted. I am gravely concerned that rolling back the Clean Power Plan will cause devastating impacts to our environment and human health

The Camille and Henry Dreyfus Foundation has selected Villanova University Chemistry professor Amanda Grannas, Ph.D. as a 2013 Henry Dreyfus Teacher-Scholar. Grannas, a resident of East Norriton and a member of the faculty in the College of Liberal Arts and Sciences, is one of just seven faculty members nationwide to receive the award.

This collaborative project between the University of Michigan, Bigelow Laboratory for Ocean Sciences, and Villanova University, will investigate the interactions between the surface of the Arctic Ocean and the atmosphere above.

This award supports a project to fully develop the analytical protocols needed to exploit a relatively new technique for the analysis of soluble organic matter in ice core samples.

Polar ice sheets hold a significant pool of the world’s carbon reserve and are an integral component of the global carbon cycle. Yet, organic carbon composition and cycling in these systems is least understood. Here, we use ultrahigh resolution mass spectrometry to elucidate, at an unprecedented level, molecular details of dissolved organic matter (DOM) in Antarctic snow. Tens of thousands of distinct molecular species are identified, providing clues to the nature and sources of organic carbon in Antarctica. We show that many of the identified supraglacial organic matter formulas are consistent with material from microbial sources, and terrestrial inputs of vascular plant-derived materials are likely more important sources of organic carbon to Antarctica than previously thought. Black carbon-like material apparently originating from biomass burning in South America is also present, while a smaller fraction originated from soil humics and appears to be photochemically or microbially modified. In addition to remote continental sources, we document signals of oceanic emissions of primary aerosols and secondary organic aerosol precursors. The new insights on the diversity of organic species in Antarctic snowpack reinforce the importance of studying organic carbon associated with the Earth’s polar regions in the face of changing climate.

Snow overlays the majority of Antarctica and is an important repository of dissolved organic matter (DOM). DOM transformations by supraglacial microbes are not well understood. We use ultrahigh resolution mass spectrometry to elucidate molecular changes in snowpack DOM by in situ microbial processes (up to 55 days) in a coastal Antarctic site. Both autochthonous and allochthonous DOM is highly bioavailable and is transformed by resident microbial communities through parallel processes of degradation and synthesis. DOM thought to be of a more refractory nature, such as dissolved black carbon and carboxylic-rich alicyclic molecules, was also rapidly and extensively reworked. Microbially reworked DOM exhibits an increase in the number and magnitude of N-, S-, and P-containing formulas, is less oxygenated, and more aromatic when compared to the initial DOM. Shifts in the heteroatom composition suggest that microbial processes may be important in the cycling of not only C, but other elements such as N, S, and P. Microbial reworking also produces photoreactive compounds, with potential implications for DOM photochemistry. Refined measurements of supraglacial DOM and their cycling by microbes is critical for improving our understanding of supraglacial DOM cycling and the biogeochemical and ecological impacts of DOM export to downstream environments.

Organic pollutant cycling and fate is impacted by the presence of snow and ice, which can serve as a repository for deposited species and also as a chemical reaction medium. Photochemistry (light-induced chemistry) occurring in/on snow and ice at Earth’s surface is now known to play an important role in a variety of environmentally relevant processes including the production and release of atmospherically relevant species such as halogens, nitrogen oxides, and volatile organic compounds. Less is known about the role of snow and ice photochemistry in organic pollutant fate, but increasing recent evidence points to the potential importance of photochemical alteration of organic pollutants in sunlit snowpacks. This chapter describes recent work during and since International Polar Year (2007) aimed at investigating the potential importance of photochemistry to organic pollutant processing in snow and ice.

Dissolved natural organic matter (DOM) is a ubiquitous component of natural waters and an important photosensitizer. A variety of reactive oxygen species (ROS) are known to be produced from DOM photochemistry, including singlet oxygen, 1O2. Recently, it has been determined that humic-like substances and unknown organic chromophores are significant contributors to sunlight absorption in snowpack; however, DOM photochemistry in snow/ice has received little attention in the literature. We recently showed that DOM plays an important role in indirect photolysis processes in ice, producing ROS and leading to the efficient photodegradation of a probe hydrophobic organic pollutant, aldrin.1 ROS scavenger experiments indicated that 1O2 played a significant role in the indirect photodegradation of aldrin. Here we quantitatively examine 1O2 photochemically produced from DOM in frozen and liquid aqueous solutions. Steady-state 1O2 production is enhanced up to nearly 1000 times in frozen DOM samples compared to liquid samples. 1O2 production is dependent on the concentration of DOM, but the nature of the DOM source (terrestrial vs microbial) does not have a significant effect on 1O2 production in liquid or frozen samples, with different source types producing similar steady-state concentrations of 1O2. The temperature of frozen samples also has a significant effect on steady-state 1O2 production in the range of 228–262 K, with colder samples producing more steady-state 1O2. The large enhancement in 1O2 in frozen samples suggests that it may play a significant role in the photochemical processes that occur in snow and ice, and DOM could be a significant, but to date poorly understood, oxidant source in snow and ice.

In this study, we provide evidence that dissolved organic matter (DOM) plays an important role in indirect photolysis processes in ice, producing reactive oxygen species (ROS) and leading to the efficient photodegradation of a probe hydrophobic organic pollutant, aldrin. Rates of DOM-mediated aldrin loss are between 2 and 56 times faster in ice than in liquid water (depending on DOM source and concentration), likely due to a freeze-concentration effect that occurs when the water freezes, providing a mechanism to concentrate reactive components into smaller, liquid-like regions within or on the ice. Rates of DOM-mediated aldrin loss are also temperature dependent, with higher rates of loss as temperature decreases. This also illustrates the importance of the freeze-concentration effect in altering reaction kinetics for processes occurring in environmental ices. All DOM source types studied were able to mediate aldrin loss, including commercially available fulvic and humic acids and an authentic Arctic snow DOM sample isolated by solid phase extraction, indicating the ubiquity of DOM in indirect photochemistry in environmental ices.