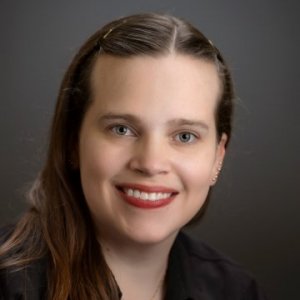 
Amber Stuver, PhD, is an expert in gravitational waves. 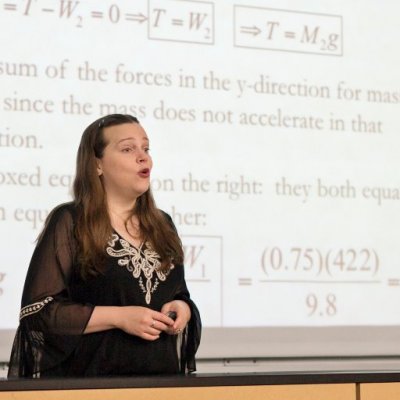 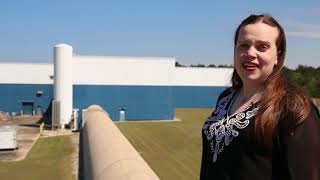 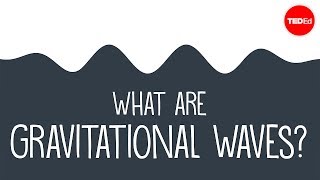 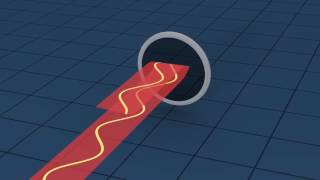 Dr. Stuver is an expert in gravitational waves and has been an active member of the LIGO Scientific Collaboration since 1999. Her research focuses on the computational search for gravitational waves buried in detector noise; she also works to improve the data quality of the detector for data analysis purposes. Dr. Stuver is also an expert in communicating science to the public with 10 years of experience working at the LIGO Science Education Center at the Livingston Observatory in Louisiana. She has given many public talks, including TEDx, and has developed educational works, including her blog (www.LivingLIGO.org) and the TED-Ed animation and lesson materials on "What are Gravitational Waves?"

I’m in a taxi with my Physics World colleague Sarah Tesh, having driven up from New Orleans, where we’d been attending this year’s March meeting of the American Physical Society. We’ve turned off the main highway that links the city of Baton Rouge to the sleepy town of Livingston, and are heading along a secluded road through dense pine forest. Our destination is the sprawling Laser Interferometer Gravitational-wave Observatory (LIGO) complex, but there’s no indication that a world-class laboratory lies just around the corner. ... Our host for the day is Amber Stuver, a LIGO scientist and lecturer at Louisiana State University, who is now at Villanova University as an assistant professor.

Cracking the mystery of where gold came from

Call it a detective story for the ages: Where did gold, platinum, and other heavy elements come from? … Among the team members was Amber Stuver, an assistant professor of physics at Villanova University. Her responsibilities included helping to ensure the quality of the data — measurements of “gravitational waves” that resulted from a collision of two neutron stars 130 million years ago. Scientists at Pennsylvania State University, where Stuver earned her Ph.D. in 2006, also played a key role.

On August 17, Mother Nature delivered a gift to astronomers as precious as anything they could have imagined: gravitational waves from two neutron stars spiraling inward and merging, followed moments later by a burst of gamma rays from the same patch of sky … “All of these observations give us a much more complete picture of the neutron star merger and its aftermath than we would have had with gravitational waves alone, or with light alone,” says LIGO team member Amber Stuver of Villanova University, emphasizing the importance of multi-messenger astronomy.

In February 2016, researchers at the Advanced Laser Interferometer Gravitational-wave Observatory (aLIGO) in the US announced a ground-breaking discovery – on 14 September 2015 they had made the first ever direct detection of gravitational waves. After decades of trying to observe these ripples in space–time, the scientists had at last addressed the final unverified prediction of Einstein's general theory of relativity. ... "Previous to this, we never observed a black hole binary system, which leads to the natural question – how did these come to be?" says LIGO scientist Amber Stuver, who was not involved in this current work.

A year later, scientists keep listening to gravitational waves, the soundtrack of the cosmos

The speed limit on the LIGO access road is 10 mph, which is preposterously slow, particularly after you’ve spent the last hour hurtling across the bayou country on elevated freeways. ... True story: A few years back, Amber Stuver, a physicist, was sitting in the LIGO control room on a quiet day, with no seismic activity, no wind. The lasers were functioning perfectly. Suddenly, everything went haywire.

Observation of Gravitational Waves from a Binary Black Hole Merger