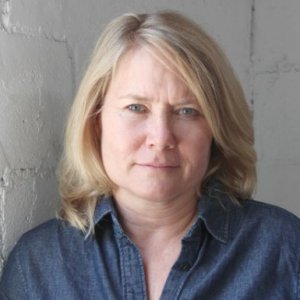 Envisioning the Future of the University Art Gallery

The current UC San Diego Department of Visual Arts chair, Amy Adler was born and raised in New York City. They graduated from Cooper Union in 1989 with a B.F.A. in painting, and went on to complete an M.F.A. from the University of California Los Angeles in 1995 with a concentration in painting and photography. In 2011, Adler received a second M.F.A. in cinematic arts from the University of Southern California. Adler has an exhibition history that includes solo shows at the museum of Contemporary Art Los Angeles, the Aspen Art Museum, The UCLA Hammer Museum and the Museum of Contemporary Art San Diego. In the spring of 2005 Twin Palms Press released a monograph of Adler's work titled “Young Photographer.” Other monographs include solo catalogues produced by the Museum of Contemporary Art Los Angeles and the Aspen Art Museum. Adler’s work has been reviewed extensively with multiple featured articles in The New York Times, LA Times, The New Yorker, Art in American and Artforum as well as many other publications. Their work is included in several permanent collections including the Deste Foundation Athens; The Broad Foundation, Los Angeles; The Los Angeles County Museum of Art; The UCLA Hammer Museum; and the Museum of Contemporary Art Los Angeles. Adler has been teaching at UC San Diego since 2004.

“We are very excited to welcome Carrie Mae Weems back to UC San Diego this fall, as part of a series of public events that will give both our students and community access to some of the most significant artists working today,” said department chair Amy Adler. “In particular, Weems’ work over the course of her esteemed career exemplifies the diverse and multi-disciplinary approach to art practice long championed by the Department of Visual Arts.”...

Amy Adler likes to put herself in her art, which means both the gaze and the reflection are inherently feminist and queer. But should the viewer be less clued into who Adler is outside of her portraits and photography, the work might be more reflective of themselves, which is what the artist hoping for with her new series, Hotel.

When is a drawing a drawing - and when is it a sketch or tool or set of instructions for something else? And how do we understand drawing as something that works between these two modes -- inseparable working process and finished product? These questions are raised by Amy Adler's storyboards for her short film Tear Jerker (2015), allowing us to tease out some of the connections between Adler's visual art and her filmmaking as these have played out over the past decade.