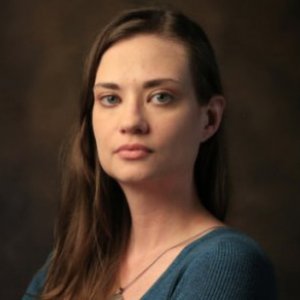 Amy Cooter is a senior lecturer in sociology at Vanderbilt University with research interests pertaining to Race & Ethnicity, Masculinity, Nationalism, and Crime & Deviance.

She is a recognized expert on US domestic militias and related nostalgic groups that are commonly grouped under the terms "right-wing" or "patriot groups," and has been studying them for more than a decade. Unlike the vast majority of nostalgic group researchers, she does not rely solely on online materials or media reports of these groups, but rather observes group members in ethnography and asks them directly about their motives and perceptions through interviews and surveys. She considers public sociology to be an important part of her job, and in addition to consultations with journalists and other academics around the globe, she has also served as an expert consultant on a federal hate crime trial (United States of America vs. Curtis Wayne Allen, Patrick Eugene Stein & Gavin Wayne Wright; Case Number 16-M-6151-GEB).

“From the prosecution perspective, it helps to have someone who has been visible, who looks like the militia movement to the general public, regardless of how powerful or meaningful he really was,” said Amy Cooter, a sociologist at Vanderbilt University who studies militant groups. “I think that if you target someone like him, it makes it easier to look like you’re doing something about the morass that we have.”

Why Militias Are So Hard To Stop

But the line between extremist militia and moderate militia is not always clearly defined, and sometimes groups can move along that spectrum, according to Amy Cooter, a militia expert at Vanderbilt University. The majority of militia groups aren’t extremist, she said, but more extreme fringe groups may be able to cultivate greater influence during times of social instability like we saw in 2020.

The Idaho 97 project is one of several anti-extremism groups across the political spectrum that have popped up in the region. Amy Cooter, who studies far-right groups at Vanderbilt University, says one challenge these groups face is recent success by far-right candidates.

What is the ‘boogaloo’ and who are the rioters who stormed the Capitol? 5 essential reads

Amy Cooter, a sociologist at Vanderbilt University who has extensively studied the American militia movement, reports that some far-right groups have adopted what is called “accelerationism,” which she explains as “the idea that inducing chaos, provoking law enforcement, and promoting political tension will hasten the collapse of Western government … making room for them to establish a whites-only country.”

Amy quoted on groups active at the January 6th insurrection.

Nashville Bombing Revives Debate Over Which Acts Get Terrorism Label

I talked about this with extremism researcher Amy Cooter. She teaches at Vanderbilt, actually lives in Nashville. And she says much of the misunderstanding seems to lie in this gap between lofty legal definitions of terrorism and then just the sheer horror of seeing part of your town blown up. "So for me, that kind of captures the tension of terrorism - what it is, is it really about the motive? Is it really about how it's felt or the potential that was with that underlying act or what?"

Some of the 13 people arrested this week in an alleged plot to kidnap Michigan Governor Gretchen Whitmer were involved in two radical militia groups that share a hatred of government and law enforcement.

Members of other groups describe them as “regulars” at heavily armed demonstrations at the Capitol protesting pandemic restrictions, according to Amy Cooter, a senior lecturer in sociology at Vanderbilt University who has contacts in the community.