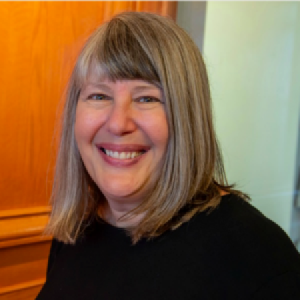 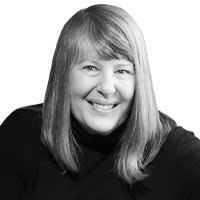 Amy Gajda is recognized internationally for her expertise in media law, torts, information privacy and higher education law. Gajda brings her background as an award-winning television news anchor and reporter, whose work was published in newspapers including The New York Times, to her insight into the tensions between social regulation and protected expression. Her scholarly articles have appeared in the California Law Review and other legal journals.

Gajda practiced law in Washington, D.C., before starting her teaching career at the University of Illinois. She is admitted to practice in the District of Columbia, Virginia and her home state of Michigan. She has chaired the Association of American Law Schools’ Section on Defamation and Privacy and its Section on Mass Communication, and she led the Law and Policy Division of the Association for Education in Journalism and Mass Communication.

The Class of 2013 chose her as winner of the Felix Frankfurter Award For Distinguished Teaching, the law school’s highest teaching honor.

Newsworthiness and the Search for Norms

“It might have influence on plaintiffs or attorneys based on the same claims against publishers,” said Amy Gajda, a law professor at Tulane University and author of “The First Amendment Bubble: How Privacy and Paparazzi Threaten a Free Press.” “But it wouldn’t have precedence until it is decided on appeal. And at that point, it will have binding precedential value only within that particular jurisdiction of Florida.”

It used to be that courts routinely held that publishers themselves were best at determining what is newsworthy and that judges should not act as super-editors. The test for newsworthiness found in the highly influential "Restatement of Torts," after all, allowed coverage of “matters of more or less deplorable popular appeal.”

When a Sex Tape Is Newsworthy: Privacy in the Internet Era

“I really believe that people don’t understand that even if they publish something truthful, privacy concerns can trump newsworthiness,” said Amy Gajda, a professor of law at Tulane University and the author of “The First Amendment Bubble: How Privacy and Paparazzi Threaten a Free Press.”

Is an Anti-Abortion Activist With a Camera a Journalist?

[Gajda] explains, in an email, that “the larger question here is whether we are all journalists anytime we seek to gather information or to share information with others. Does asking another about an event instantly transform one into a journalist? Does the sharing of truthful information on the Internet instantly make one a journalist?”

But, as Tulane University law professor Amy Gajda said, while a lot of people in the United States “believe that they have the right to publish any truthful information” under the constitution, the truth and American law are more complicated – and getting ever more so in the digital age.