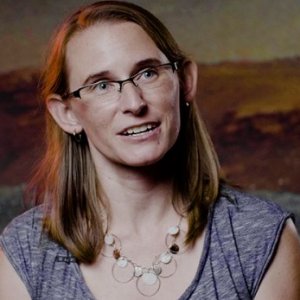 Amy J. Williams is an assistant professor of geology in the Department of Geological Sciences in the College of Liberal Arts and Sciences. Amy has been a member of the NASA Curiosity rover science team since 2009 and currently works with the Sample Analysis at Mars (SAM) instrument team to explore the distribution of organic molecules on Mars’ surface. She also is on the NASA Perseverance rover science team as a Participating Scientist. Her research focuses on the interaction between microbial life, the geochemical environment and the rock record on Earth, and how to recognize habitable environments and potentially preserved microbial life on Mars and the outer world moons.

Below Mars' surface, life could endure for a shocking amount of time

Even the toughest microbe couldn't survive for long on Mars' tortured desert ground. Deadly radiation from the cosmos pummels the surface. The temperature averages minus 80 degrees Fahrenheit. In the profoundly dry, sparse atmosphere, a cup of water would immediately vaporize.

Curiosity’s decade of discovery on Mars

A robotic explorer on Mars is celebrating 10 years on the red planet. NASA’s Curiosity rover launched from Cape Canaveral in 2011 and landed on Mars in August 2012. Its mission is to explore the geology of Mars and determine if the planet ever contained conditions favorable to life in a region called Gale Crater. Despite a decade on the planet — there’s no sign of the robot slowing down.

Has life ever existed on Mars? Could it still exist there today? These questions intrigue scientists and the public alike. And digging into them could require exactly that — going underground on Mars.

Could people breathe the air on Mars?

From the Curious Kids series: Let’s suppose you were an astronaut who just landed on the planet Mars. What would you need to survive? For starters, here’s a short list: Water, food, shelter – and oxygen.

Is there life beyond Earth? Amy Williams '07 Seeks Answers

Does life exist elsewhere in the universe? It’s a question as old as time. And Amy Williams ’07 is trying to find the answer through her work with NASA’s Mars rover project.

Billions of years ago, a Martian river flowed with such force that it tumbled boulders in its path, strewing them out into its massive delta. University of Florida astrobiologist Amy Williams looked up from the bed of that ancient river to its rocky remnants, courtesy of the Mars Perseverance rover, which sends on-the-ground views of the red planet back to Williams and the rest of the NASA team.

The Mars 2020 Perseverance Rover will search for signs of ancient microbial life, and advance the quest to explore the past habitability of Mars. The rover will collect core samples of Martian rock and soil, then store them in sealed tubes for pickup by a future mission that would ferry them back to Earth for detailed analysis. Perseverance will also test technologies to help pave the way for future human exploration of Mars.

Professor AMY WILLIAMS from the Department of Geological Sciences was interviewed by NASA Astrobiology for its “Countdown to Mars”(opens in new tab) video series.

Choosing the Right Tools for the Job: Life-Detection Payloads for Mars

With the exploration by the Curiosity and Perseverance rovers, and upcoming Mars Sample Return, we are developing a more nuanced understanding of Mars and its environmental history. These data can inform the search for life on Mars in several ways. Lessons learned from the instrument suites on these missions can inform next generation life-detection instruments that overcome Mars-specific environmental challenges (oxidation, radiation, deep-time diagenesis).

The wet chemistry experiments on the Sample Analysis at Mars instrument on NASA’s Curiosity rover were designed to facilitate gas chromatography mass spectrometry analyses of polar molecules such as amino acids and carboxylic acids. Here we present the results of such a successful wet chemistry experiment on Mars on sand scooped from the Bagnold Dunes with the N-methyl-N-(tert-butyldimethylsilyl) trifluoroacetamide derivatization agent. No amino-acid derivatives were detected. However, chemically derivatized benzoic acid and ammonia were detected.

Observations from orbital spacecraft have shown that Jezero crater on Mars contains a prominent fan-shaped body of sedimentary rock deposited at its western margin. The Perseverance rover landed in Jezero crater in February 2021. We analyze images taken by the rover in the 3 months after landing. 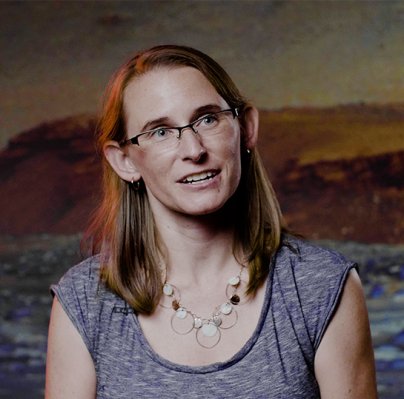 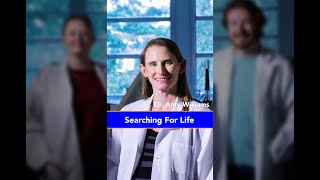