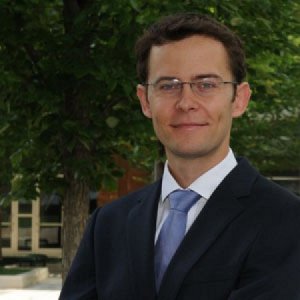 
András Danis' research topics are on the effects of credit derivatives on financial restructuring, and the capital structure of firms. 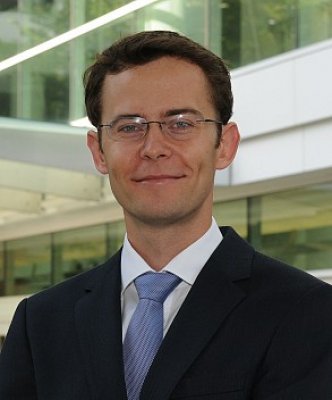 András Danis is an assistant professor of finance at Scheller College of Business. His current research topics are the effects of credit derivatives on financial restructuring, the capital structure of firms, and shareholder activism. He teaches corporate finance at both the graduate and undergraduate levels. Danis' research has been published in the Journal of Financial Economics and Management Science.

Right-to-Work Laws on Workers and Firms

Best Paper Award at the Vienna Graduate School of Finance

Sponsored by the WU Gutmann Center for Portfolio Management, 2011

Awarded for second-best business administration student in the graduating class, 2007

Joint doctoral program of the Institute for Advanced Studies in Vienna, the University of Vienna, and the WU Vienna University of Economics and Business

Labor strife in Alabama during the early 20th Century is full of wild tales of shootouts, bloody strikes and the National Guard trying to control the mayhem.

2018 The effects of introducing credit default swaps (CDSs) on firm value are examined. Our model allows for dynamic investment and financing, and bondholders can trade in the CDS market. The model incorporates both negative and positive effects of CDSs. CDS markets lead to more liquidations, but they also reduce the probability of costly debt renegotiation and reduce costly equity financing. After calibrating the model, we find that firm value increases by 2.9% on average with the introduction of a CDS market. Firms also invest more and increase leverage. The effect on firm value is strongest for small, financially constrained, and low productivity firms.

2017 The impact of staggered introduction of right-to-work (RTW) laws across various states in the U.S. on worker wages is examined. After the introduction of RTW laws, there is a decrease in wages negotiated through collective bargaining agreements (CBAs) in the affected states. Further, the number of CBAs decreases, and the gap between the fraction of workers covered by a CBA and the fraction of union members increases. Firms increase investment and employment, and reduce their financial leverage. Our results are consistent with the view that RTW laws decrease the bargaining power of unions, which reduces unions' ability to negotiate higher wages.

2016 In this paper, I examine the effect of credit default swaps (CDSs) on the restructuring of distressed firms. Using a sample of U.S. distressed exchange offers during the period 2006–2011, I show that the participation rate among bondholders is significantly lower if the firm has CDSs traded on its debt. To address endogeneity concerns, I use the introduction of the Big Bang Protocol as a natural experiment. The results suggest that firms with CDSs find it difficult to reduce debt out of court. This is important because it can increase the likelihood of future bankruptcy, which is inefficient. The findings are consistent with the empty creditor hypothesis, which posits that bondholders who are hedged with CDSs are less likely to participate in a debt restructuring. The paper also contains direct evidence for the existence of empty creditors.

2014 A revisit the well-established puzzle that leverage is negatively correlated with measures of profitability. In contrast, we find that at times when firms are at or close to their optimal level of leverage, the cross-sectional correlation between profitability and leverage is positive. At other times, it is negative. These results are consistent with dynamic trade-off models in which infrequent capital structure rebalancing is optimal. The time series of market leverage and profitability in the quarters prior to rebalancing events match the patterns predicted by these models. Our results are not driven by investment layouts, market timing, payout, or mechanical mean reversion of leverage.

2011 Develop a simple methodology to identify firms that are at or close to their optimal capital structure. Using this methodology we present cross-sectional and time series evidence in favor of dynamic tradeoff theory. In particular, at rebalancing points the relationship between profitability and leverage is positive, consistent with theoretical predictions. Also, the time series of market leverage, profitability, and equity payouts in the years prior to rebalancing events match the patterns obtained from simulated data. Our methodology is robust to recent critiques of empirical tests of dynamic tradeoff theory.